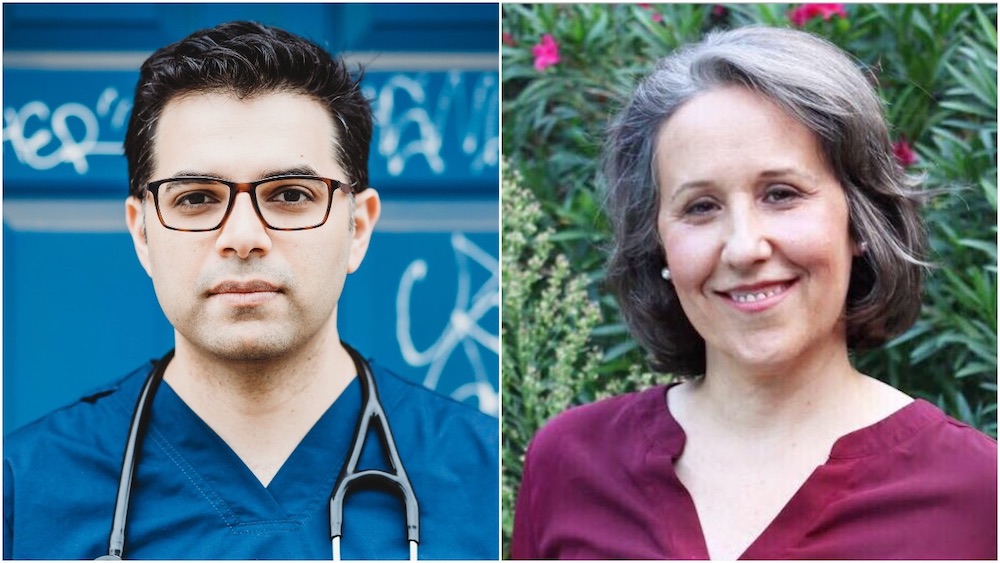 Of the three Democratic primary run-offs in Austin-area Congressional races, two include primary care physicians. Both are dealing with pandemic-related issues in their practices.

Gandhi’s practice is at the People’s Community Clinic near Northeast Austin. He says he is treating a lot of respiratory illness, and that trying to determine COVID-19 involvement is often uncertain: “We need more testing, and we need contact tracing – that’s almost impossible to do right now.” He suggested that one area for government assistance would be hiring people specifically to help with contact tracing, a necessity if we hope to constrain the spread.

Eady Mann has a family practice in Cedar Park. She says that routine clinic visits have declined, but “perhaps 65%” of current patients are coronavirus-related, either for actual drive-through assessment or testing or “combating fears and rumors.” She’s a designated tester at the clinic, so she assesses patients in the drive-through, provides tests as necessary, then “semi-quarantines” herself from her colleagues to avoid spreading infection. “We’ve had only one positive case thus far – but we expect that to increase sharply this month.”

Both physician-candidates emphasized the necessity for science-based public policy – and lamented the current presidency’s ignorance and rejection of scientific expertise. “It’s irresponsible,” said Gandhi, the most polite he could be when characterizing Donald Trump’s hawking of untested medications to prevent or treat COVID-19. “This has been a constant of this administration,” said Eady Mann, “including rejection of scientific expertise on abortion and reproductive health care, and on climate change. This is malignant and malicious leadership.” (Last week, the Planned Parenthood Action Fund endorsed Gandhi; it has not yet endorsed in the TX-31 race.)

While both candidates have campaign teams that continue to work online and on the phone, their own roles are limited. They’ve held weekly Facebook town halls that feature more discussion of the pandemic and health care advice than political conversation. “I’m constantly beating back rumors and misinformation,” said Eady Mann. As for necessary campaign fundraising, that’s mostly informal and staff-based. “I feel ghoulish even talking about fundraising right now,” she said. “People are losing their jobs, losing their lives … fundraising will just have to wait.”

Eady Mann and Gandhi expect April will be a very difficult month for addressing a spiking pandemic. “If we keep to self-distancing, if we do what we need to do,” Gandhi said, “perhaps by May we will know our way forward.”