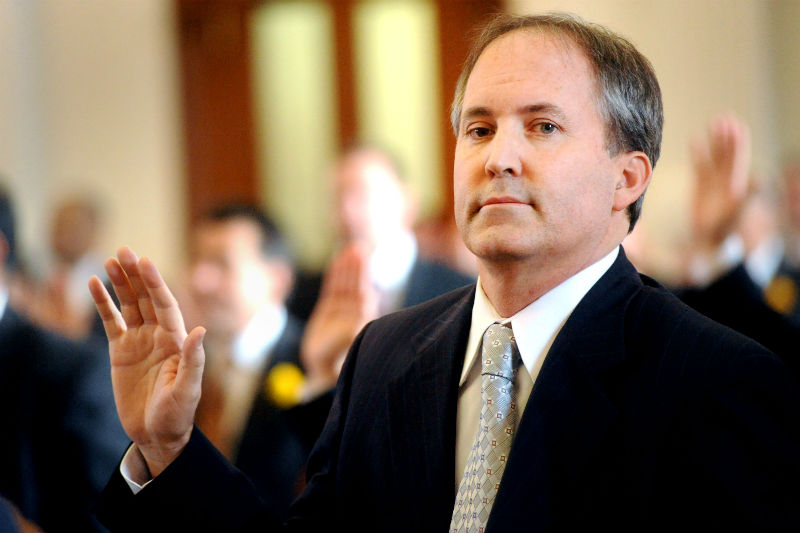 In a statement issued Monday, March 23, Texas Attorney General Ken Paxton announced abortion procedures would halt across the state amid the COVID-19 pandemic.

The move comes following Gov. Greg Abbott’s executive order for all licensed health care facilities to postpone surgeries and procedures that are not “immediately medically necessary” to ensure that hospital beds are available for COVID-19 patients and enough personal protective equipment is available for health care workers. The ban announced by Paxton allows abortion procedures only when a woman’s life is in danger or if she faces serious health risks. Failure to comply could result in penalties of up to $1,000 or 180 days in jail. The order is in place until April 21 but may be extended.

“No one is exempt from the governor’s executive order on medically unnecessary surgeries and procedures, including abortion providers,” said Paxton. “Those who violate the governor’s order will be met with the full force of the law.”

The AG’s announcement – singling out abortion over all other medical procedures – is nothing more than an excuse to use the moment to push the state’s ideological agenda, say reproductive health advocates and pro-choice lawmakers. Earlier this year, Paxton sought to ban state employees from donating to Planned Parenthood and urged the U.S. Supreme Court to overturn its precedents and make it harder for abortion providers to pursue legal challenges to laws restricting access.

“To be clear, Attorney General Paxton is using the current public health emergency to impose abortion restrictions that Republicans have been unable to achieve through the Texas Legislature or the courts. AG Paxton’s guidance is unacceptable and it must not stand,” said Rep. Eddie Rodriguez, D-Austin. “[Paxton] is also potentially complicating the implementation of an otherwise uncontroversial and medically necessary executive order by introducing such a consequential and politically divisive issue into the conversation.”

Texas joins Ohio, another hotbed of anti-choice politics, as the only states to make such a move. (Ohio passed one of the most onerous abortion laws in the U.S. last year, barring the procedure at roughly six weeks of pregnancy. That law is facing an injunction.) Planned Parenthood of Ohio said they would abide by the state’s order on personal protective equipment but still offer “essential procedures, including surgical abortion.”

Planned Parenthood of Greater Texas, which includes clinics in Austin, tell the Chronicle they are “carefully reviewing” Abbott’s executive order to “ensure compliance.”

Abbott’s order specifies that procedures could be exempt if they “would not deplete the hospital capacity or the personal protective equipment needed to cope with the COVID-19 disaster.” According to the Guttmacher Institute, 60% of all abortions in the U.S. were provided at abortion clinics, while 3% were performed at hospitals.

The new landscape in light of Coronavirus has already made the burdensome procedure doubly more difficult to access, reproductive rights advocates warn. Women were already navigating state-imposed restrictions including 24-hour waiting periods, telemedicine restrictions, insurance bans, high costs, and extensive travel times to access an abortion clinic network weakened by a slew of anti-choice state laws. Those barriers have only been made higher by the childcare and income disruptions, shelter-in-place rules, quarantines, and closures caused by the pandemic.

And all of this is now “magnified” by the state's politicized actions. Despite what state officials contend, abortion is essential – and time-sensitive – health care, say advocates. “The actions of the governor and attorney general are further exacerbating an already dangerous situation by putting abortion care further out of reach, especially for people who already face multiple barriers when seeking essential health care, including abortion,” said Lilith Fund Executive Director Amanda Williams. “Forcing people to remain pregnant during a public health care crisis is cruel and unnecessary.”