The Latest Effects of Coronavirus on Texas Elections Gov. Greg Abbott (Photo by John Anderson)
Amidst the COVID-19 pandemic and the various public responses, political campaigns in progress have taken a back burner. Two major developments: Gov. Greg Abbott postponed the primary run-offs to July 14, and the Texas Democratic Party sued to expand vote-by-mail.

In a proclamation issued Friday, March 20, Abbott postponed the primary run-offs from May 26 to July 14 (early voting to begin July 6), also to coincide with the special election for Senate District 17, made necessary by the retirement of Austin Sen. Kirk Watson (to accept a position at the University of Houston). The proclamation suspends specific laws governing the timing of elections; the accompanying press release cites Abbott’s executive orders “aimed at slowing the spread of COVID-19, including the encouragement of social distancing. Holding the runoff in May would cause the congregation of large gatherings of people in confined spaces and cause numerous election workers to come into close proximity with others. This would threaten the health and safety of many Texans.”

Earlier on Friday, the Texas Democratic Party filed suit in state district court, on its own behalf and that of two named voters, arguing in part that the pandemic conditions constitute a general “disability” under state voting law, requiring “social distancing” for voters and election staff that would preclude in-person voting and thus trigger provisions of the law allowing “absentee” voting by mail. The brief argues that existing state law already enables voting-by-mail under current conditions. The named defendants in the lawsuit are Texas Secretary of State Ruth Hughs and Travis County Clerk Dana Debeauvoir. 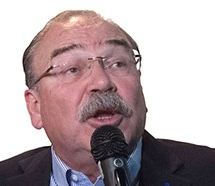 TDP Chair Gilberto Hinojosa said talks with election officials and the Texas Republican Party had not been productive, so the decision was made to file suit. “The right to vote is the foundation of our democracy,” Hinojosa said in a press release, “and we must do everything we can to protect and expand that right, instead of bringing our democratic process to a halt.”

State GOP Chair James Dickey issued a statement rejecting the Democratic proposals as extreme and impractical: "We will not participate in schemes that put votes and results of the elections at risk."

The TDP brief argues: “A person who considers herself to be confined at home in order to avoid the spread of disease plainly falls into the persons entitled to vote by mail under this statute and the Court should so declare to prevent uneven application of this provision and in order to give election officials and voters clarity on the matter.” Plaintiffs request an injunction directing election officials “to accept and tabulate any mail-in ballots received from voters in an upcoming election who believe that they should practice social distancing in order to hinder the known or unknown spread of a virus or disease.” (The TDP draft brief is available here.)

Responses to Abbott’s declaration have been mixed. Although delaying the May run-off appears justifiable in the short term, some advocates are concerned about the potential precedent of arbitrary delays of elections. County clerks have also pointed out that an immediate shift to universal or even widespread voting-by-mail requires resources (ballots, scanners, personnel) that they don’t currently possess — whether the postponement will ease that transition is unclear.

The TDP and the Texas Republican Party disagree on the necessity of voting by mail – Democrats strongly support it (not only for current social distancing reasons, but to expand the franchise); Republicans largely oppose it, saying it would invite voter fraud (despite little supporting evidence). The governor has said only, “Everything is on the table.”

More information about voting-by-mail (aka “Vote at Home”) — including recommendations for states for expanding mail voting as soon as possible – is available at the website of the National Vote at Home Institute, “a nonprofit, nonpartisan 501(c)(3) organization … dedicated to ensuring the security of our elections and putting voters' needs first.” 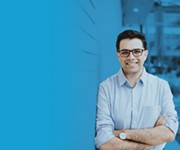