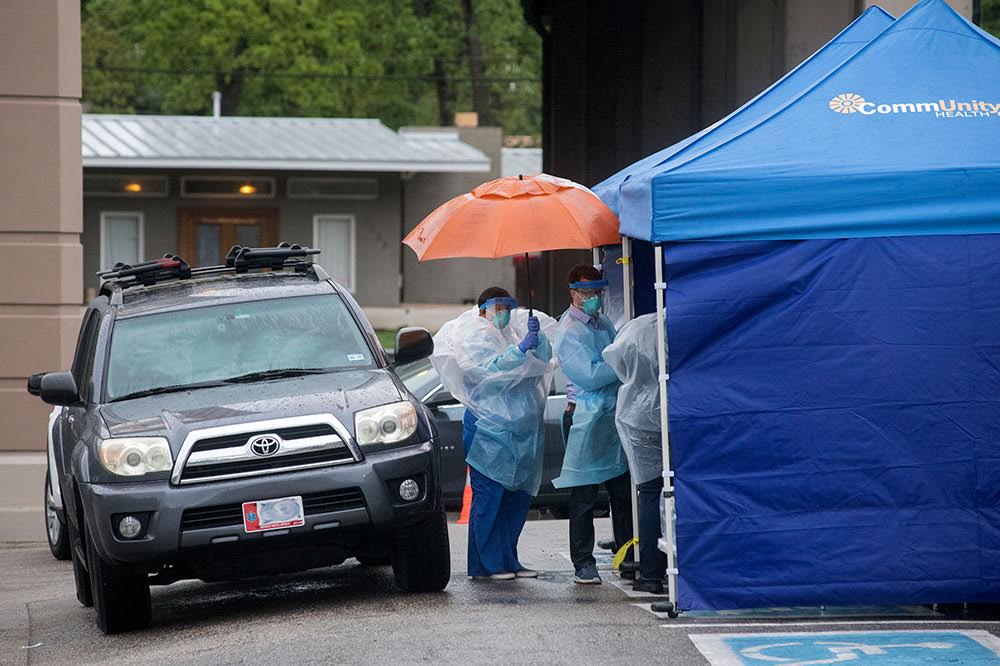 With 41 confirmed cases in Travis County and more throughout Central Texas, COVID-19 is now believed to be spreading in the community on its own. Austin Interim Health Authority Dr. Mark Escott told reporters at today's (March 20) media briefing, "Right now, we're in a critical stage as this evolving pandemic strikes Austin and Travis County."

The disease caused by the novel coronavirus "is not an equal opportunity killer," Escott reminded the city, but it can be transmitted by healthy people and do massive damage to vulnerable populations (those over 60 and others with underlying medical condtions). While Austinites are still free to move about the city as long as they respect the new rules about social distancing (6 feet or more) and limited gathering (10 people or less), Escott stressed the importance of monitoring our own wellness - including taking one's temperature - and staying home at any sign of fever or cough, no matter how mild.

However, if you are sick, please avoid rushing to the emergency room or urgent care center unless told to by your doctor. So far, unlike what's being seen in other cities, Austin's clinics and hospitals are reporting "no stress on the system right now," said Escott, "but we're monitoring that on an hourly basis." Our diligence in staying home and taking care of ourselves - given that there's no specific treatment to combat COVID-19 - can help manage system capacity, including the availability of vital and scarce medical supplies and equipment, as the number of confirmed cases grows.

That hourly monitoring (along with modeling future scenarios for COVID-19 spread, being done at UT's Dell Medical School) provides Escott and his team with "situational awareness" of potential breakdowns in the Travis County health care system. Should those emerge, "we can make different decisions" about the level of compliance being asked of the community - such as moving to a shelter in place regime as has been done in California. While currently, local public health teams are still able to pursue contract tracing to identify those who may have been exposed to confirmed cases, that will become less viable over time.

Escott acknowledged the case total will jump as testing is more widely available over the next week. For now, that testing is still being rationed to priority groups - those with close contact to known cases, persons at greater risk of severe illness, health care workers, first responders - even as private labs take on more of the testing workload. He did say that even among the higher-risk groups of mostly symptomatic people that have been tested so far, only 5% to 10% of tests are coming back positive, meaning that most people with flu-like symptoms are not infected. (It's your allergies, probably.)

Expecting a spike in the next few days, "We're focusing on the next two to three weeks," he said. "We instituted mitigation measures much earlier than other places" - an effort that could be successful in "flattening the curve" to avoid a catastrophic spike in illness that overwhelms local hospitals.

Some of those measures, like Escott's order last week to restrict movement in and out of nursing homes, have now been instituted statewide, with executive orders from Gov. Greg Abbott and a public health disaster declaration by state health commissioner Dr. John Hellerstedt. Escott says the city may change its rules to conform with the state's actions, which also empower local leaders to take more drastic steps as necessary to contain the pandemic.