Political campaigns in progress, such as those scheduled for the May 26 Texas run-offs, have begun changing procedures. Pritesh Gandhi tweeted, “After deliberating with colleagues in public health, we are suspending all public events to limit #COVID risk & #FlattenTheCurve." Responding to Gandhi’s statement, Mike Siegel, his opponent in the TX-10 campaign, tweeted, “This is an excellent statement, Pritesh. My campaign will be doing the same, statement to come shortly.”

Gandhi’s full statement continued: “I am still seeing patients, please keep our health professionals in your thoughts. The campaign fights on, the stakes are simply too high. #TX10. (Gandhi is a primary care doctor and associate medical director at the People’s Community Clinic in Northeast Austin.)

In a statement posted for his supporters, Gandhi wrote: Other campaigns have begun to take similar actions. After a Thursday release contemplating various changes in procedures, TX-17 candidate Rick Kennedy issued an update today, announcing: “To protect the health and safety of our team and the general public, we'll be running an entirely virtual campaign until further notice.”

Earlier, the Kennedy campaign had proposed:

The Chronicle will update the news as the situation develops and more campaigns issue statements concerning procedures going forward. Follow the Daily News and the next print edition for more information.

As Kennedy’s statement concluded: “In closing, we don't know how long these times will last, so let's be kind to one another.” 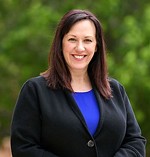