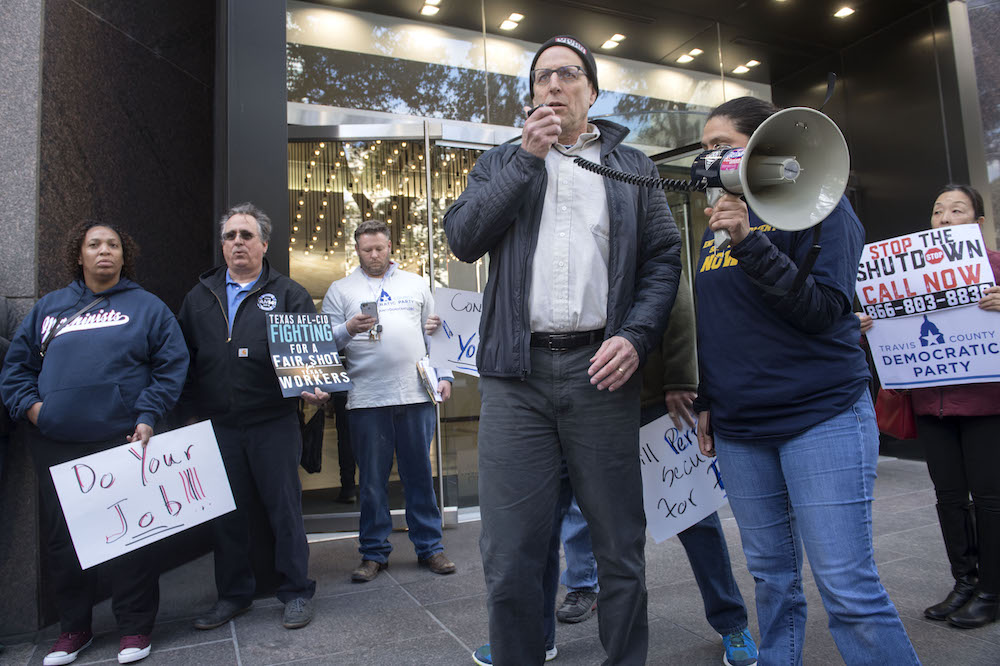 Despite a declared global pandemic and now-dozens of confirmed cases of COVID-19 in Texas, state leaders have yet to budge in their ongoing efforts to halt paid sick leave for Texas workers.

When Austin City Council passed policies to ensure workers would get paid time off (at least eight days for a business with more than 15 employees) and allow caretakers to assist sick family members, Attorney General Ken Paxton and right-wing corporate-friendly group, the Texas Public Policy Foundation, swooped in to stop the measure with a lawsuit, preventing it from taking effect in October 2018. The ordinance, which would benefit low-income workers the most, could help an estimated 211,000 locals. It’s now tied up in court. The same conservative players have also blocked San Antonio’s paid sick leave measure. In the state overall, approximately 40% of workers lack paid sick leave.

As the number of confirmed coronavirus cases rise in Texas, labor advocates are calling on Paxton and state leaders to end their suit. Now more than ever, paid sick leave should be a right, say Working Texans for Paid Sick Time, a coalition of working families, business owners, and community and labor organizations.

“Right now there are hundreds of thousands of Texas workers who could have access to paid sick leave, but do not, because of this dangerous lawsuit by Ken Paxton, TPPF, and NFIB,” said Emily Timm, deputy director of Workers Defense Project. “Because of Ken Paxton’s attack on paid sick leave, Texas workers who may have been exposed to COVID-19 or are experiencing symptoms could be forced to choose between going to work to pay their bills and staying home to keep our communities safe.”

“We don’t need people who think they are sick coming into work,” Gov. Abbott said at a Friday press conference. In the state overall, approximately 40% of workers lack paid sick leave.

During a press conference on Friday, March 13, Gov. Greg Abbott – in declaring a statewide public health disaster – made no mention of relenting in the legal battle against paid sick leave. He did, however, urge Texans who think they are sick to work from home. “We don’t need people who think they are sick coming into work,” said Abbott.

Of course, that’s not a possibility for everyone. In the service industry alone – jobs that include serving and preparing food and drinks in-person and caring for the elderly – approximately 78% of workers lack paid sick leave.

“Millions of folks in our economy don't have that option,” Rick Levy with the AFL-CIO tells the Chronicle. “A truck driver can’t work from home, a retail worker can’t either. We really need Gov. Abbott to listen to the voices of working people and, one, provide paid sick leave and, two, immediately extend access to unemployment benefits. He did not talk about either one today.”

To protect workers, the Texas AFL-CIO has called on Abbott and the Texas Workforce Commission to adjust its rules to make more working people who lose their jobs because of the coronavirus eligible for unemployment insurance benefits. For instance, California’s governor has waived the one-week waiting period for those unemployed or disabled as a result of COVID-19.

“An emergency declaration gives state agencies clearer discretion to adjust rules and regulations that may inhibit or prevent prompt response to the coronavirus threat,” said Levy. “For our part, we believe a proclamation could help working families who are navigating the healthcare system or facing major economic losses.” Levy has yet to get a response from the Workforce Commission.

“Possibly sick people are deciding they have to go to work because they can’t afford not to get a paycheck or fear losing their job,” said Levy. “There’s a reality for millions that we’re not addressing.”