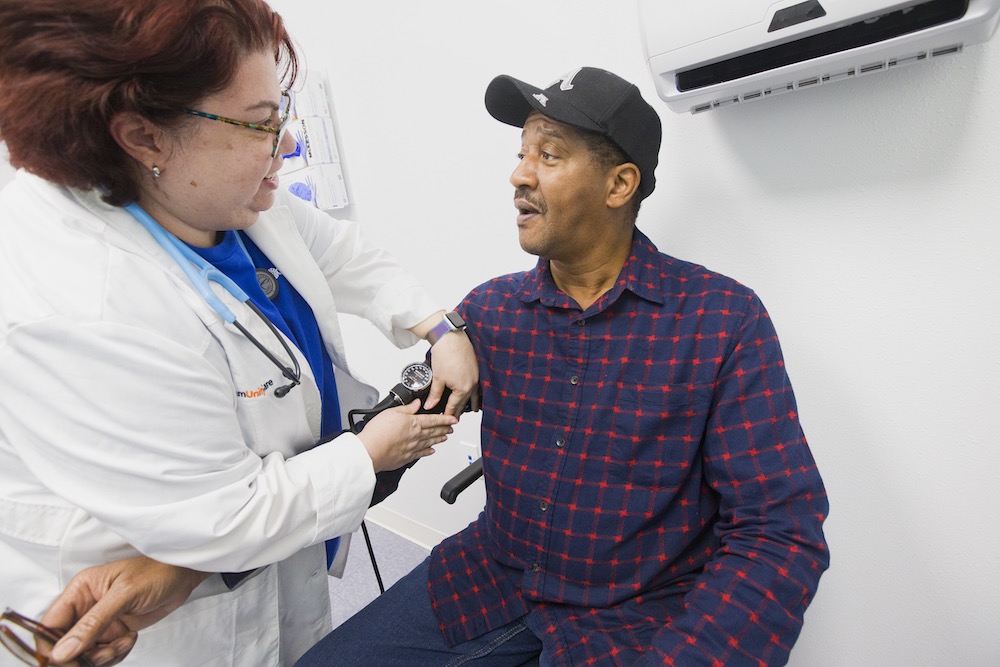 On a cozy patch of land right off FM 969, next to Hornsby Bend's fire and EMS station, CommUnityCare and Central Health celebrated on Saturday, March 7, the opening of a new health clinic that brings care closer to thousands of underserved and underinsured residents in Travis County's "Eastern Crescent."

The healthcare agencies have, almost since they began their life as independent entities in the mid-2000s, felt pressure to increase services available in Eastern Travis County, which has swelled in population as Austinites move further out to find housing they can afford. The small clinic at FM 969 and Hunters Bend serves an area of around 8,000 residents, nearly half of whom are either uninsured or covered by Medicare or Medicaid, says CommUnityCare Chief Operating Officer Yvonne Camarena. "On average, we think there will be 1,200 to 1,400 patients who could be served here."

That's a remarkable number when looking at the clinic space that's basically the size of a large portable on a school campus - prefabricated as a health center, and available to be relocated to another underserved area as CommUnityCare and Central Health plant brick-and-mortar facilities along the Eastern Crescent. For now, the Hornsby Bend clinic is only open Monday, Tuesday and Friday (but until 7pm the first two days, a must for working families.) Nurse practitioner Emily Griffith, who's also been making house calls to medically needy residents in the area as the clinic plans have come together, has seen a full spectrum of patients since the clinic's soft opening Feb. 10 - "well child, well adults, chronic problems and illnesses," she says. "It's a really big deal. Everybody's been thrilled about being able to get access to care here."

Some local residents are already established patients with CommUnityCare, which has 24 locations in Travis County but (before now) none closer to the Hornsby Bend/Webberville area than Manor, Del Valle, or Central East Austin. A local point of service makes it more likely that more people will be able to be served by Travis County's comparatively robust community health system, funded by Central Health, that bridges the gaps left behind by Texas' politically driven refusal to expand Medicaid under the Affordable Care Act. "That's the great thing about being part of the system - we have access to specialty care, radiological services, a full spectrum of lab services," says Camarena.

As Central Health has also invested in Dell Medical School and its associated UT Health clinics, and sustained its local non-profit insurer Sendero Health Plans, and tried to manage around the loss of its income from the former Brackenridge Hospital, its finances have not allowed it the luxury of building out an Eastern Crescent health care network as quickly as many community activists would like. Camarena emphasizes the importance of CH and CUC's working with Hornsby Bend residents, the ESD 4 fire station, and others to get things moving: "Whenever you do collaborations like this, you end up with a better product, and a better resourced center, than if we were to go it alone."

Central Health President and CEO Mike Geeslin says the Hornsby Bend clinic is a model for continued expansion of the agencies' Eastern Crescent footprint, even in ways that don't look exactly the same. "The important thing is working with provider partners like CommUnityCare and coming in and listening to the community and really assessing what works."