Poll workers cancel over coronavirus concerns, but lines are moving 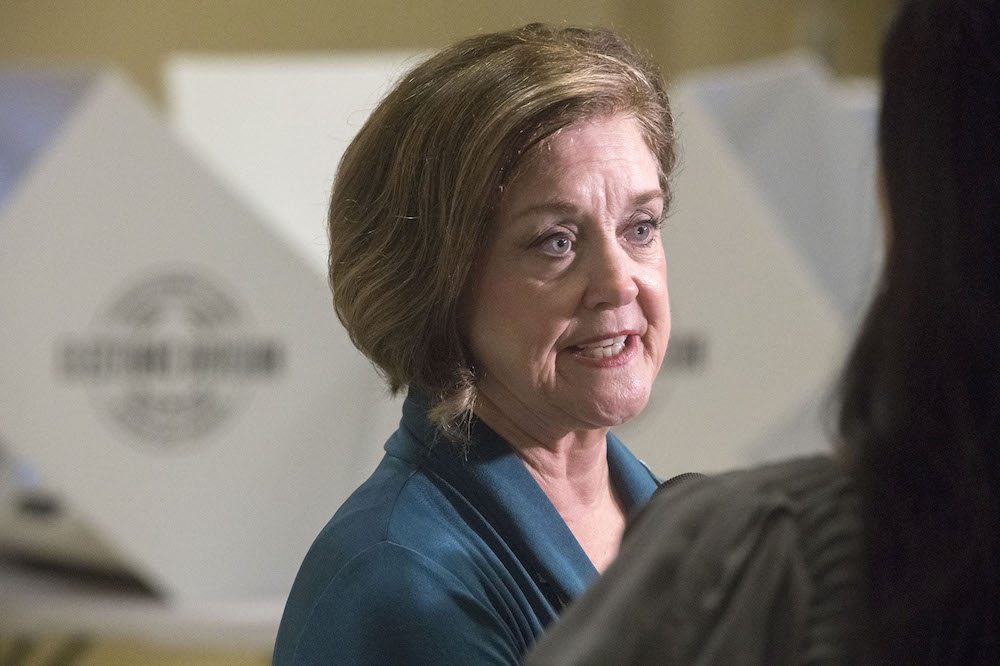 Election Day voting got off to a rocky start in Travis County with poll workers cancelling on short notice and others not showing up to stations, but by 8am, the Clerk’s office has mostly righted the ship.

County Clerk Dana DeBeauvoir explained to the Chronicle that political parties, which are responsible for staffing polling stations in primary elections, began sending word yesterday that workers were cancelling on their Election Day shifts. Some of that concern was due to concern over the coronavirus, which has resulted in 10 people being quarantined in Texas, although no cases have been confirmed yet in Travis County.

DeBeauvoir worked with the local political parties to find new workers, but when her office began doing their regular check-ins with polling stations at 6:30am and found that at some locations, the equipment had not even been turned on and no one was answering the phone, she knew there was a serious problem.

In all, there were 30 voting centers that had “significant staffing issues,” according to DeBeauvoir, as the polls opened at 7am. That means those locations either did not have the judge from one of the political parties – in some cases, neither was available – that are legally required to run the polling site, or the site did not meet the minimum staffing requirement of at least three workers.

But the Clerk’s office has a back up plan. They are in contact with about 20-40 poll workers who are already trained, certified, and on standby ready to fill in at a location if needed. By 8am, all of the County’s 174 polling stations were operational, and by at least 10am, they were fully staffed.

The situation early this morning was largely overblown, DeBeauvoir said. “What we have here is a runaway story with not a lot of real risk to our people in Travis County,” the Clerk said of preliminary coverage from some local publications. (The Statesman’s story initially used “mass chaos” to describe the situation, which DeBeauvoir strongly disputed. The story has since been updated to remove that language.)

“The news went to full bore red alert, which was wrong.” DeBeauvoir continued. “Some tried to spin this into a big story and that is not okay. The story has in fact disrupted our election. That worries me; that’s serious.”

Another excerpt from the Statesman story that caught attention suggests that the coronavirus is being “used to disrupt the 2020 primary election.” That line is attributed to DeBeauvoir, although the Clerk is not quoted, but it implies that some outside force is exploiting fear over the virus to depress voter turnout.

DeBeauvoir said she has not seen any evidence that is occurring, but she did not rule out the possibility that a “nefarious source” was responsible for the general sense of panic over the virus, which again, has not been confirmed to have hit Travis County yet.

“It could just be ignorant Facebook posts with no malignant intent,” DeBeauvoir told us. “I don't know either way. But I do know we had a pretty serious, but short and controlled, disruption of the election this morning. To tell you the truth, ignorance is just as bad as anything else. It does the same damage. It doesn’t matter if it’s real or not, it does the same damage.”

Whatever the disruption may be, it hasn’t manifested yet. As of 11am, 34,000 people had voted in record breaking turnout. DeBeauvoir said, confidently, she expects numbers to exceed 150,000 by the end of the day, breaking another record.

High voter turnout on Election Day is a double-edged sword, though. Civic participation is great, of course, but it means long lines for voters. Social media has already been filled with posts illustrating hours-long wait times. Voters who are in line before polls close at 7pm will be allowed to vote, but that could mean a delay in results for local races if people are still voting at the County’s busiest polling locations at 10pm or later.

DeBeauvoir’s advice? Stop being hysterical about coronavirus fear, and check with the County’s wait time map. If you are able, go to a polling station that has a short line.