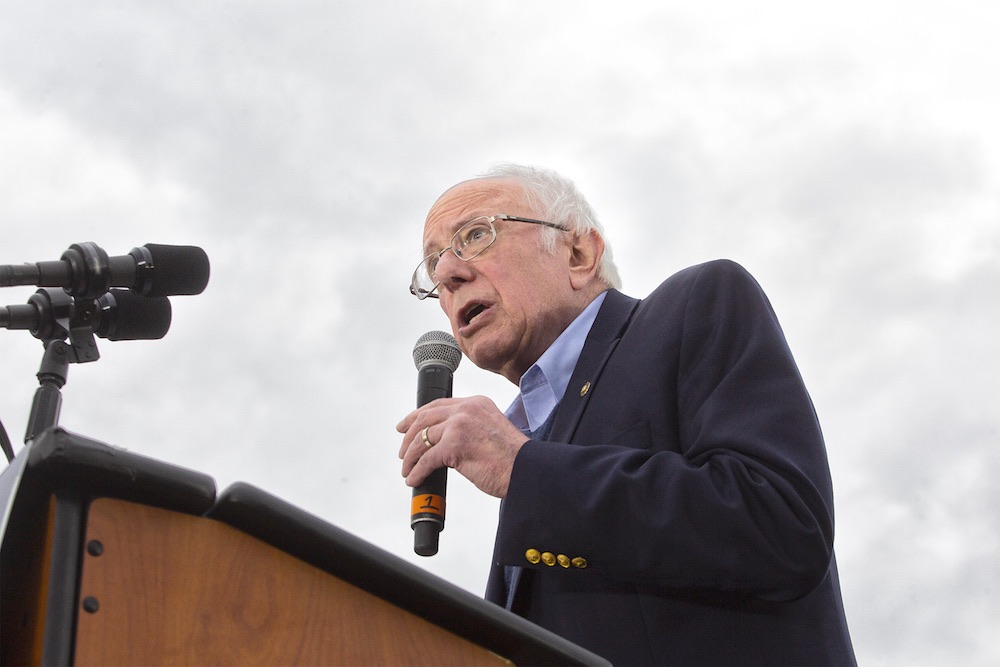 On the heels of his strong victory in the Nevada caucus, Sanders energized the crowd with calls for justice and equity for the working class and voiced “absolute confidence” that his grassroots campaign – just one week away from the March 3 primary – will ultimately win Texas.

“I can’t believe how many people are here,” said Sanders to the audience. The impressive show of support for decent wages, treating health care as a human right, and standing up to the fossil fuel industry is the establishment’s worst nightmare, Sanders said, predicting his campaign will “win and win big in Texas,” he said. “The pundits tell us Texas is a conservative state. I don’t believe that for a minute.” The working class vote in 2020 will transform Texas into one of the “most progressive” states in the country, Sanders claimed.

The rally in Austin marked the final stop on his weekend tour in Texas, which included visits to Houston, San Antonio, and El Paso. A recent UT/Texas Tribune poll showed Sanders has doubled his support and now leads the Democratic presidential candidates among Texas voters. Earlier this month, the campaign opened five new offices in Texas, including one in Austin on E. Cesar Chavez St.

Saying Texas workers face “starvation wages,” Sanders touted his goals of a $15 federal minimum wage; an infusion of some 10 million units of affordable housing nationwide; the elimination of cash bail; universal child care; increased funding for schools; tuition-free college education; the cancellation of student debt, and – to roaring applause – the full legalization of marijuana and expungement of pot-related criminal records. Sanders also stressed the importance – and popularity – of Medicare For All, his single-payer health care plan that promises no more premiums, copays, or deductibles for doctors’ visits.

“We should not have half a million people sleeping on the streets of America tonight,” said Sanders, who was endorsed on Sunday by author, Texan, and former Democratic hopeful Marianne Williamson. “This is the wealthiest country in the history of the world; half of our people should not be working paycheck to paycheck. We should not have more income and wealth inequality than almost any other country on earth. Today we say it is unacceptable that three people own more wealth than the bottom half of American society.”

Sanders also promoted climate change action, a ban on the sale of assault weapons, and – skewering GOP “hypocrisy” when they claim to support limited government versus the reality of controlling women’s reproductive rights – a promise to ensure all SCOTUS and federal court appointees are pro-Roe v. Wade, the codification of Roe’s guarantee of women’s and doctors’ right to choose abortion , and the expansion of funding for Planned Parenthood. He additionally promised a full repeal of all of Trump’s anti-immigrant executive orders on his first day in the White House, and an end to raids by U.S. Immigration and Customs Enforcement.

Austin City Council Member Greg Casar, a Sanders campaign state co-chair, pumped up the crowd before the senator took the stage. Pointing to Council’s progressive moves to fund immigrant deportation defense and end all prosecution for personal marijuana possession, Casar said if this is what we could accomplish as a city, “imagine what we could get done as a country.” Former Texas Agricultural Commissioner and Sanders campaign state co-chair Jim Hightower also fired up the crowd with a speech that took aim at billionaires, plutocrats, and “weaker than Canadian hot sauce” corporate Democrats – and the parallel corporate media – who are “afraid” of real change and progressivism. “Those who say it can’t be done should stop interrupting those who are doing it,” said Hightower. 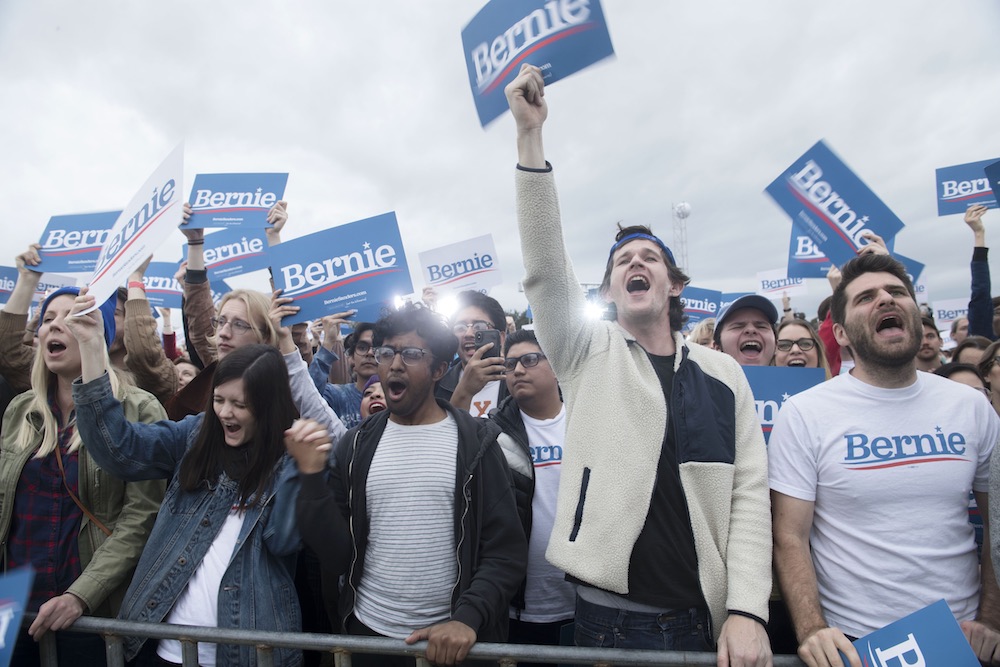 Underscoring his working class people-powered movement – rather than one fueled by Super PACs or billionaire donations – Sanders pointed out his campaign generated more individual contributions than any presidential candidate in history, averaging around $18 a donation, with teachers giving the most out of any profession.

As the crowd burst into chants of “Bernie, Bernie, Bernie,” Sanders, jokingly, told them he’s a U.S. Senator and his “big ego appreciates” the name recognition but reminded the thousands of ralliers it’s not about him – it’s about all of us.

“My family’s problems are your families’ problems,” said Sanders. “We are in this together. We understand that real change never takes place from the top-down, always from the bottom on up.”