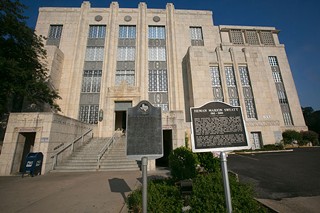 In another indicator that bail reform is on the current agenda at the Travis County Courthouse, the felony court district judges released a memo last week directing Pretrial Services to provide financial information to magistrates before they assign a cash bond, “in order to support the magistrates in their duties …”

The criminal court judges’ memorandum follows a related action by the misdemeanor court judges, who on Feb. 6 issued a “Standing Order” adopting specific standards for those arrested to automatically qualify for personal bonds (“Will New Policy Reduce the Burden of Cash Bail?,” Feb. 14). The memo from the felony court judges does not provide similar standards, and is directed not to the magistrates (employed by the City of Austin) but to the Travis County agency Pretrial Services, whose staff interviews an arrested person and provides a report to the magistrates. Previously, that report included financial information for those people who requested appointed counsel; the judges are directing that information now be included for all those facing magistration.

Citing both existing state law and two successful federal lawsuits against Harris County, the judges write, “[I]t is clear that all magistrates must consider the defendant’s financial ability in determining the appropriate bail amount.” The memo goes on to direct pretrial services “to provide, prior to magistration, the results of a financial screening containing all relevant information regarding the defendant’s ability to pay and comply with bond and the conditions of bond.” The memo directs that the policy take effect immediately, although it allows for 30 days for full compliance with the new procedure.

Although the memo is dated Feb. 5, signing by all nine judges was not completed until Feb. 12 (released the next day). In addition to the directions concerning financial review, the memo also anticipates that the court’s administrative wing “in collaboration with the Office of Justice and Public Safety” (which provides Justice Planning) will present to Commissioners Court a proposal for 24-hour magistration – increasingly advocated at the county, but currently unavailable. Asked about that aspect of the judges’ memo, District Attorney Margaret Moore said, “It represents a shift from aspiration to actual planning.”

The criminal court judges are reportedly considering whether to follow the example of the misdemeanor courts by devising more precise standards for the magistrates to use in assigning cash bail or personal bonds, and then directing the magistrates accordingly. It's clear that both recent court rulings and increasing public pressure for stronger bail reform are having visible effects at the Travis County Courthouse. 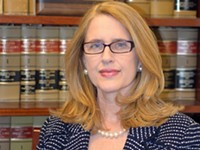 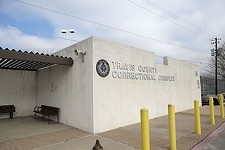