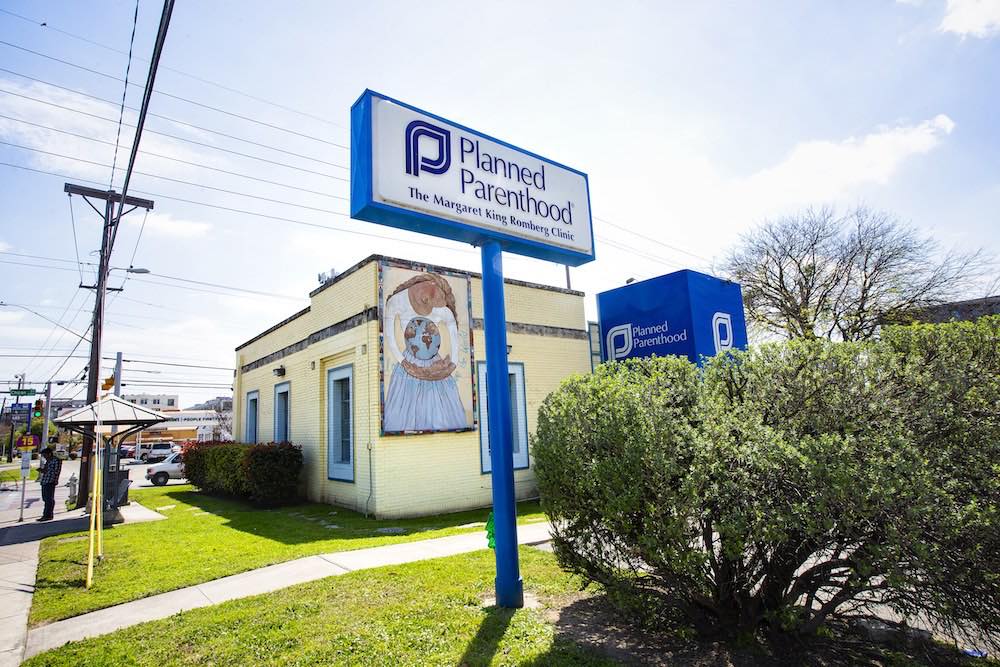 The Planned Parenthood on East Seventh (Photo by Jana Birchum)

When anti-choice Texas officials decided they’d rather see 50,000 low-income women scramble for health care than keep Planned Parenthood in a Medicaid program in 2012, they in turn forfeited a valuable federal-state partnership, amounting to $35 million federal funds a year.

At the time, the Obama administration argued that by ideologically excluding abortion providers and affiliates from the Women’s Health Program, Texas had violated the freedom of provider choice provision in Medicaid law. Texas then went at it alone, financing Healthy Texas Women, a new version of the program, in 2013. When Trump took office, state officials figured they’d have a better shot at reupping those funds, and asked for millions they originally gave up for sticking to their anti-choice politics.

And now it looks like their strategy worked: The Trump administration – just as zealously anti-choice as our own officials – have validated the state’s controversial decision by reestablishing the partnership and its 90% federal share. Texas will receive approximately $350 million in federal funding for women’s health services over the next five years even after banning abortion affiliates.

“The Lone Star State is once again in partnership with the federal government to provide meaningful family planning and health services while fostering a culture of life," wrote Gov. Greg Abbott in a release applauding the decision. “This collaboration is a symbol of our commitment to championing the lives of Texas women. I am grateful to President Trump and his administration for approving this waiver, and for his commitment to protecting the unborn while providing much-needed health resources to Texas women.”

The Women’s Health Program – now called the Healthy Texas Women program – offers women who earn less than 200% of the federal poverty limit reproductive health services like cancer screenings, well-woman exams, and birth control. (Despite the state’s barring of abortion providers no state or federal funds went toward abortion in the WHP.) Planned Parenthood served as the dominant provider of the program, granting services to 40% of patients, or about 50,000 of the approximately 111,000 patients. When the state booted them out, the number of patients served by the program never reached the same levels as before. While anti-choice politicians routinely tout high HTW provider figures, nearly half of those “certified” providers didn’t serve any women in the program in 2017.

Study after study has shown the detrimental effects of the state’s decision, including less access to contraception and more taxpayer funded births. Nearly 45,000 fewer women received birth control, cancer screenings, and other services through the program – a 40% drop. Not helping matters, the state, in another ill-fated move, granted unqualified anti-choice activist Carol Everett millions to provide services under the HTW – that resulted in a massive failure and a gross misuse of funds. The damage done by excluding Planned Parenthood – coupled with slashing family planning funds in 2011 – has left a women’s health network tattered and still very much damaged, say reproductive health experts.

Stacey Pogue, a senior policy analyst with the Center for Public Policy Priorities, said the hefty federal funds will only supplant money the state currently spends – it will not translate to “more or better healthcare for women.”

“This [Medicaid] waiver is a sham process meant to condone the targeting of Planned Parenthood and other women’s health care providers without actually improving services for women,” said Pogue. “Instead of ideological attacks on women’s health providers, state and federal leaders should focus on ways to actually improve access to high quality health care for women.”

Pogue points out that the Trump administration has set a “dangerous precedent nationally that endangers women’s health in the name of ideology” as the Medicaid waiver is the first in the country that sends federal funds through a women’s health program to a state that has excluded a major women’s health provider from the program. The departure from long-standing federal protections that ensure Medicaid clients can access family planning services from the provider of their choice, leaves open the door for other states to follow Texas’ “misguided path.”