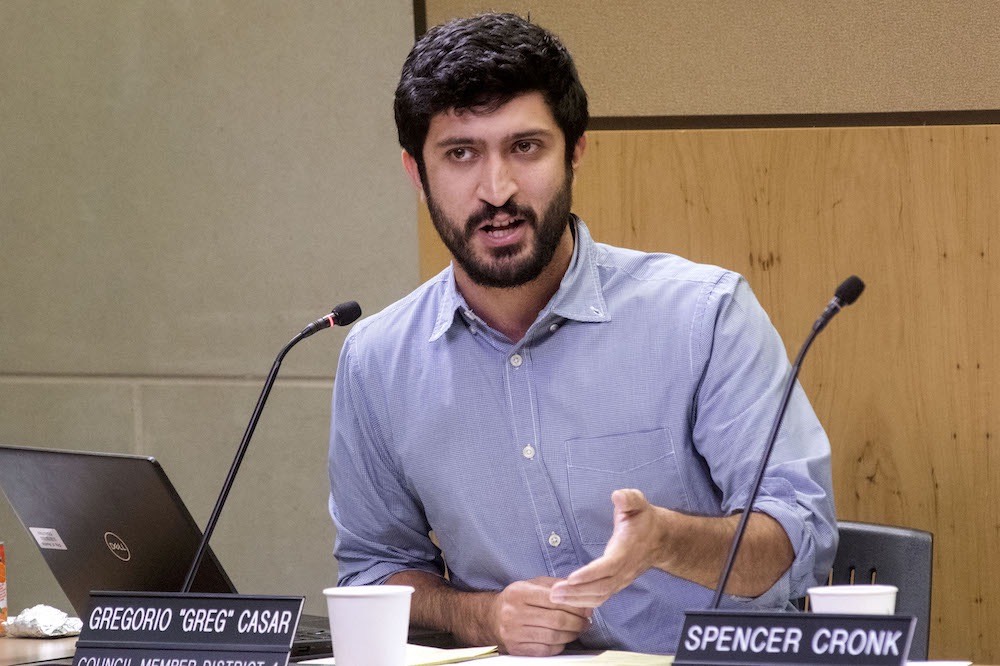 Citing racial disparities and wasted resources, Council Member Greg Casar is aiming to shift police protocol on pot with a resolution – to be considered by the City Council at its Jan. 23 meeting – effectively decriminalizing personal stashes of marijuana in Austin.

So what does that mean for us, Austin’s contemporary users of this plant that humans have consumed for millennia?

First, let’s acknowledge that many of us have spent the last six months living on easy street. Since July 3, no one’s faced a judge on misdemeanor weed charges. With possession of amounts of up to a quarter-pound constituting a misdemeanor, that means a gram-a-day user could potentially carry a nearly four-month supply of ganja, or an edible with a disproportionate aggregate weight, without much concern for penalty.

Recall that, at the beginning of July, Travis County prosecutors began declining all Possession of Marijuana cases brought forward without lab work proving the suspected contraband is not hemp. That’s the unintended consequence of the Texas Legislature’s passing House Bill 1325 last year, which legalized the cultivation of “hemp,” defined in that bill as cannabis containing less than a 0.3% concentration of tetrahydrocannabinol (THC), the primary psychoactive component of marijuana. That bill went into effect June 10, and since then, the Austin Police Department has yet to acquire new equipment, establish protocols and procedures, and seek the accreditation necessary to conduct that testing.

Those ticketed for weed after June 10 are not totally out of the woods yet. There’s a two-year statute of limitations on possession cases, and APD leadership has indicated they may retroactively test their backlog of confiscated cannabis when they have the means to. Nonetheless, you can still get placed in handcuffs, processed into jail with an embarrassing mugshot, have your vehicle impounded, or even violate the terms of your probation if a police officer finds your greenery. But you are unlikely to be prosecuted in Travis County, or in much of the rest of the state.

For example, an arrest affidavit from earlier this month shows an officer pulled a vehicle over because its window tint was too dark, observed a “strong odor of marijuana,” and confiscated an ounce and a half of cannabis and three scales from a passenger. He got charged with Class B misdemeanor possession charge, but hasn’t had to face a judge.

“I think the majority of people, in Austin and across the state, understand that the criminalization of marijuana is counterproductive and want to see a path, not just to decriminalization, but legalization.” – Council Member Greg Casar

The likelihood of this happening to you varies, statistically speaking, depending on your race or ethnicity. The Chronicle reported in September that 86 individuals had been jailed on possession of marijuana charges since July 3 of last year: 41 were Hispanic, 31 were African American, and 14 were Caucasian. Casar’s draft resolution makes note of that racial imbalance. In a recent interview with the Chronicle, the CM elaborated: “In Austin’s communities of color we’ve had a lot of people’s lives derailed by criminalization of pot.”

Of course, selling marijuana would remain illegal under the new resolution, which is co-sponsored by Casar’s Judicial Committee counterparts Jimmy Flannigan, Delia Garza, and Natasha Harper-Madison. Slanging seven or more grams of cannabis remains a state jail felony in Texas, and that’s a high enough priority to merit expensive outsourced testing of confiscated product by an accredited lab. Casar says his big-picture goal with the resolution is to "decrease personal marijuana arrests to the greatest extent possible under state law, when there’s no immediate threat to any person … We recognize that until the state government fully legalizes marijuana, we’re still limited in some of our options, but we can get as close as we can to zero arrests.”

This resolution aims to do that by blocking city funding from being used to develop THC concentration testing in Austin, or for outsourced testing in non-city laboratories unless in cases involving felony-level cannabis trafficking offenses. “When APD understands that there’s not going to be a test, then they’ll understand that there’s really no point to making an arrest,” Casar explained to the Chronicle, adding that even if local law enforcement continued to make possession arrests, they would result in zero penalties for the arrestees, because the evidence would not be lab-tested.

In September, APD Assistant Chief Troy Gay cited a timetable for APD’s lab accreditation at “six to 12 months,” so the timing of this resolution now makes sense. “It has been a significant change since [HB 1325 took effect] in June and we want to lock that in and make it as substantial as possible,” Casar offers. “During that time, the sky has not fallen.”

Asked whether he thinks the resolution will garner enough Council votes to pass, Casar says he’s optimistic. “I think the majority of people, in Austin and across the state, understand that the criminalization of marijuana is counterproductive and want to see a path, not just to decriminalization, but legalization,” he explained. “That’s where everyday folks are, even if political people are slower to catch up, and even as our state leaders are stuck in the Stone Age on the issue.”