But they can still donate to an anti-choice group

When anti-choice politicians passed a law last legislative session that would strangle the relationship between Planned Parenthood and government entities, reproductive health advocates worried not only about the direct damage the bill would inflict but also – due to its vague language – other unforeseen consequences. 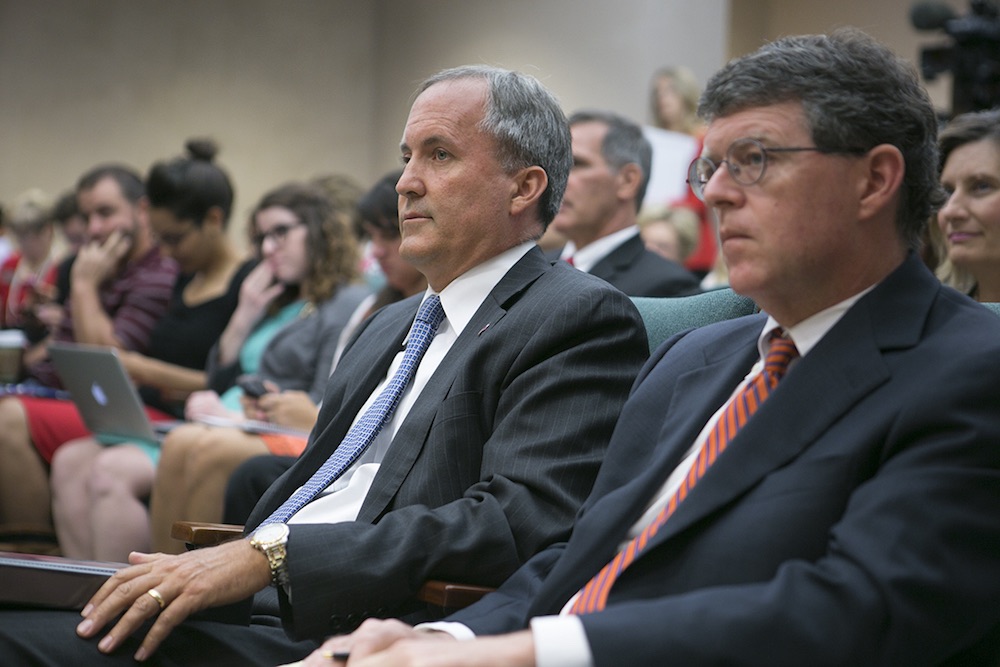 Senate Bill 22’s text widened from barring certain specified transactions – including contracts, lease agreements, and donations to Planned Parenthood and other abortion providers or affiliates – to prohibiting almost any “taxpayer resource transaction” – a “new political term” not found in state code, according to attorneys advising Planned Parenthood of Greater Tex­as. “It appears to be a political phrase rather than a standard definition in Texas law,” PPGT's Sarah Wheat told the Chronicle while the legislation made its way through the Capitol last spring. “The bill language is now so vague and so sweeping in its potential impact that I don't think it’s yet fully understood how damaging it could be.” In an interview this week, Wheat echoes her sentiment, saying, “We still don’t know what damage lies ahead.”

Since its passage in 2019, the law, authored by Sen. Donna Campbell, R-New Braunfels, has not managed to impact its central target (for now) – the city-leased Planned Parenthood on E. Seventh Street – due to a longtime Council-approved contract agreement, although it did delay the clinic’s renovation plans by months. However, the law has jeopardized preventive public health initiatives and education programs across the state, including a Dallas County community college pop-up clinic (the pilot program, planned to widen to other campuses in Texas is now discontinued as a result of SB 22), an El Paso County STI/HIV prevention partnership program, and health education for teens in the Dallas juvenile justice program. SB 22 also placed Austin Independent School District’s Planned Parenthood-linked middle school sex education program in the crosshairs.

The fallout continues. Now Attorney General Ken Paxton is using SB 22 as a weapon against state employees who want to see their own earned money flow toward Planned Parenthood. In a legal opinion issued on Jan. 2, Paxton argues the health provider should be banned from the State Employees Charitable Campaign, a program established in 1993 in which state employees donate portions of their paycheck to certain charitable organizations. More than 55,000 Texas state employees participate in the program annually, giving an excess of $8 million in automatic paycheck deductions to nonprofits. Planned Parenthood of Greater Texas – which includes Austin and surrounding areas – has been part of the program for the past two decades and last year received $180,000 from employees to assist with 123,000 health care and education services appointments.

The committee that oversees the SECC’s “approval of abortion providers or affiliates as charitable organizations eligible to participate in the Campaign constitutes a taxpayer resource transaction,” writes Paxton, referring to the language in SB 22.

Wheat tells the Chronicle the organization received notice from the SECC on Friday, Jan. 10, that Planned Parenthood would no longer be eligible to apply for next year’s program. “It's just the latest example of our statewide politicians trying to find new ways to block support for the health care services and education that Planned Parenthood provides,” she says. For the past decade, politicians have sought to defund the group and remove them from vital health programs, including a life-saving breast and cervical cancer program and a Medicaid-based program that served 50,000 low-income women. “This A.G. opinion does appear to be new territory, since he is trying to dictate where state employees can direct their paycheck donations,” says Wheat.

“[The ban is] just the latest example of our statewide politicians trying to find new ways to block support for the health care services and education that Planned Parenthood provides,” says Sarah Wheat of Planned Parenthood of Greater Tex­as.

Progressive groups are criticizing Paxton for bending the law to conform to his anti-choice ideology, calling the decision an infringement on free-speech rights. “Paxton is making legal leaps to claim that state employees’ dollars are taxpayer resources,” says Sam Robles with Progress Texas. “Every hardworking person has the right to honest pay, and their paycheck is theirs to do as they see fit. The state is limiting state employees’ First Amendment options in order to align with conservatives’ larger anti-abortion extremist agenda.”

While Paxton – who recently filed a brief with the U.S. Supreme Court to overturn abortion rights precedent – tries to pull the reproductive health provider from the SECC list of around 1,000 eligible charities, employees will still be able to donate to an aggressively anti-choice organization, Catholics United for Life. An SECC-approved charity, the Kentucky-based group describes abortion as “evil”; strives to dictate “sexual morality”; calls clinic escorts “deathscorts”; and prides themselves on organizing in front of abortion clinics to dissuade women from making their own health choices, an endeavor that often puts patients in danger.

Wheat says PPGT is considering legal action in response to the A.G.’s opinion. In the meantime, Planned Parenthood – constantly besieged by state attacks – is not bowing down. In a fundraising email to supporters, PPGT’s Ken Lambrecht offers Planned Parenthood donations “in honor” of Ken Paxton: If you dole out the funds, the provider promises to send the A.G. a thank-you note.