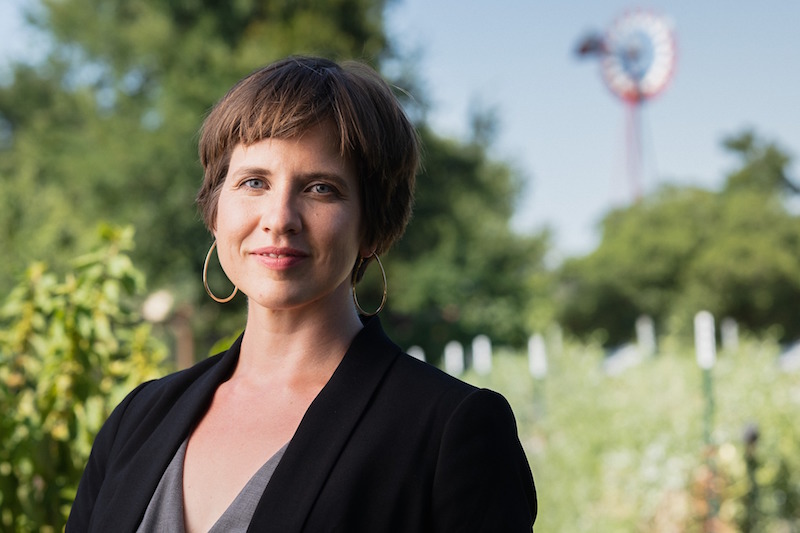 Sloan (running for the Democratic nomination in TX-25, Austin/Fort Worth) was leaving a “debriefing” following an all-day canvass by volunteer supporters. Earlier, a group of about 15 “Guards” had attempted to disrupt the morning organization of more than a hundred volunteers, by shouting and denouncing “bourgeois electoral politics.” After the volunteers canvassed neighborhoods, Sloan was walking to a nearby café from her car when she was accosted by a handful of the masked bullies, who would not let her pass or return to her car, shoved her and threw leaflets at her, and then hit her on the head with a “cascarón” egg filled with red paint.

Sloan described the assault on Facebook and noted that the so-called “Red Guards Austin” are known (or suspected) to appear under different (always masked) guises. “This group goes by many different names,” she wrote. “Defend Our Hoodz, Stonewall Militant Front, Popular Women’s Movement, Frente de Liberacion Immigrante, Incendiary News, Serve the People Austin. They have come to disrupt DSA’s educational events, hung a pig’s head outside of a public library, tagged the AFL-CIO with graffiti, and disrupted other organizations’ community events.” They’ve apparently targeted Sloan because she’s running as a Democratic Socialists of America candidate, and they despise the DSA as a “sellout” organization that defends “bourgeois democracy” – that is, voting in “imperialist” elections. (They posted online a brief, celebratory video of their “revolutionary” assault on Sloan.)

Sloan says she’s speaking out because these groups have stalked and attacked others, and says people shouldn’t be intimidated into silence. She also suggested the groups’ specific advocacy of violence should be flagged and banned from social media. “I’m just tired of them,” she told the Chronicle. “We’re taking safety precautions, and volunteers should be prepared for what might happen. They want to keep people from engaging in democratic processes. I’m speaking out so that others should feel more comfortable taking part in democracy.”