It’s been a tough week for U.S. Senate candidate and Austinite Cristina Tzintzún Ramirez. First she got Twitter-trolled for a high-profile but potentially polarizing endorsement, and then a passing remark about her name produced more online backlash. 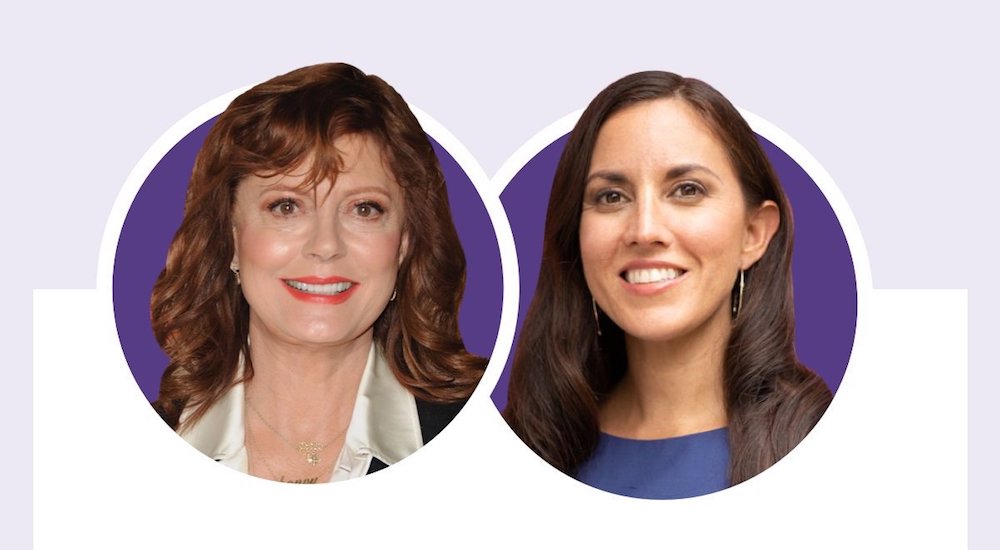 As we reported earlier (“Local and State Election Ticker,” Jan. 3), on New Year's Day, Tzintzún Ramirez tweeted an endorsement from actress Susan Sarandon, adding that the "legendary" Sarandon recognizes that “change [and] our work starts at the ballot box." By the next day, campaign manager David Sanchez took a step back, deleting the tweet as a “distraction” from the campaign to defeat incumbent Sen. John Cornyn and President Donald Trump, even suggesting, "Endorsements really don't mean anything when they come from actors.” Reasonable enough – except that earlier, the campaign had announced the endorsement of actor Alec Baldwin (a supporter of Tzintzún Ramirez since her days at Workers Defense Project). Baldwin might be wondering if that means he’s chopped liver too.

The Sarandon backlash derived from the actor’s very public refusal to support Democratic nominee Hillary Clinton in 2016 – the disappointed Bernie Sanders supporter said she had eventually voted for Jill Stein, and even publicly preferred Donald Trump to Clinton (to “bring on the revolution”). After her Spider House meet-up Sunday, Tzintzún Ramirez told the Chronicle that while she welcomes everyone’s support, her own 2016 work speaks for itself: “I knocked on doors for Bernie Sanders, and then I knocked on doors for Hillary Clinton, because I recognize the real threat that Donald Trump is. … But I’m also a person who believes we should bring in as many people in to elect someone who will actually fight for the interests of the American people.”

A few days after the Sarandon dustup, a Dallas Morning News profile by Gromer Jeffers described Tzintzún Ramirez’s Mexican-Irish family background, including the detail that years ago, after her parents divorced, she took her mother’s last name (Tzintzún) rather than her father’s (Costello). Ramirez is her married name (she's now divorced).

Half seriously, she told a Plano Democratic women’s group, “Tzintzún is more Mexican than any Garcia or Lopez” (meaning that it predates the Spanish colonization and even the Aztec conquest). “So you know I come from good lineage and I’m ready to defeat John Cornyn.”

That casual introductory remark, amplified by the DMN story, generated another backlash, with critics accusing the candidate of declaring herself “more Mexican” than other Mexican-Americans. “That’s not what I meant at all,” Tzintzún Ramirez told the Chronicle Sunday. “I was just responding to other people who say my name is ‘not really Mexican.’ It’s an indigenous name. Speaking as a Latina – you can be ‘Latino’ in many ways.”

Although other online commenters defended her, the negative reaction was strong enough that on Monday, Tzintzún Ramirez posted a Twitter apology to Texans who felt her comments “to be a hurtful way of ranking Mexican heritage. I hear this concern," she wrote, "and take this feedback to heart.” She reiterated that her “joke” was responding to those who “assume Tzintzún isn’t a Mexican last name,” but that it was “the wrong approach and [I] want to apologize. … I have always said that there’s no wrong way to be Latino/Latina/Latinx and I truly believe that.” She went on to say her campaign is about “building a movement where we can learn from each other as we pursue a political future where everyone counts.”

There is perhaps one potential benefit of this latest (and probably fleeting) campaign controversy. In a Senate campaign where no less than a dozen Democratic candidates are desperately in search of statewide "Name ID," on that score Tzintzún Ramirez is presumably ahead of the pack.

Election Ticker: From the Council Dais to Round Rock
Endorsements are rolling in for March 2020 Primary