Change.org petition calls for the removal of Margaret Moore

Yet another survivor of an alleged sexual assault has come forward to accuse Travis County District Attorney Margaret Moore of failing to hold rapists accountable for their violent crimes. 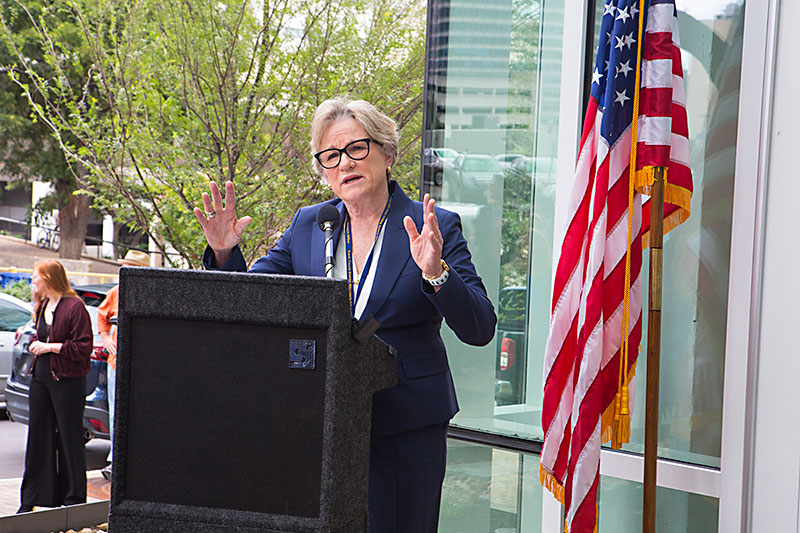 Last week, just before the majority of the country shut down for the Thanksgiving holiday, Maria Dalton started a Change.org petition in which she says that during the fall of her first year as a UT student, she was “drugged and raped by a 26 year old man” who stole her backpack containing medications, a laptop, textbooks, and class notes, and left her struggling with “severe” post-traumatic stress disorder. Dalton insists she worked with a detective and victim services counselor from the Austin Police Department, but that Moore declined to prosecute the case “because she believed it would be difficult to prove beyond a reasonable doubt.” Dalton wrote that the news was “absolutely devastating and confirmed my belief that the Travis County District Attorney does not support sexual assault survivors in their pursuit of justice.” The petition, which has garnered more than 600 signatures as of Dec. 3, calls for Moore’s removal from office, citing the D.A.’s Office’s sexual assault case data from 2017 – a year when only one such case went to trial. Dalton writes, “It is time for Austin to make significant changes to their system so it addresses these atrocious crimes. We must create a system that effectively prosecutes rapists, or they will continue to harass and assault individuals and be left unpunished.”

Moore has long insisted that sexual assault cases are difficult to prosecute, claiming it is hard to prove lack of consent under the current Texas Penal Code definition of adult sexual assault, which requires penetration without the consent of the victim and suggests that, to establish said lack of consent, a victim has to either fight back, be coerced, or be incapacitated. The D.A.’s Office is one of several defendants in the ongoing survivors’ lawsuit, filed in federal court in 2018, which accuses Austin and Travis County law enforcement of systemic neglect and mistreatment of women survivors of sexual assault, thus depriving them of their constitutional rights.