What’s on the Agenda for Tomorrow's City Council Meeting The highlights include directing city staff to purchase a Rodeway Inn in South Austin that will be converted into an 87-room transitional center for people exiting homelessness; the creation of a Rainey Street Special District fund; adoption of a new long-range parks master plan, and a resolution directing staff to explore the creation of two new Capital MetroRail stops near The Domain. Here’s what we’ll be watching…

The city intends to purchase the motel located at 2711 S. I-35 to convert into a facility that will provide both bridge and supportive housing. Hotel purchases are expected to become central to the city’s strategy to reduce homelessness, since renovating these buildings to accommodate long-term residents is faster and less expensive than converting other types of properties into housing – as the city had planned to do with the (now-abandoned) South Austin Housing Center proposal on Ben White Blvd. We’ll have more information on this item online and in our print issue tomorrow (Nov. 14).

Creating the Rainey Street Special District fund has been posted and delayed several times in recent months. Action tomorrow would require that fees collected from developers pursuing projects in the area, street closure fees for special events, and payments for alley vacation sales be set aside to fund improvement projects within the district.

The funds would have to be used on projects that “enhance placemaking, promote cultural vibrancy, and celebrate the Mexican American identity, heritage, and history” within the area, represented by Council Member Kathie Tovo. Past debates have centered on whether those funds should reinforce the district's past as a home for the city’s Latinx population, or its future by supporting infrastructure that has been outstripped by the pace of development, but a diverse coalition of sponsors on the item indicate its broad support on the dais.

Both stops – one at the forthcoming Broadmoor development near The Domain and one at the under-construction Austin FC stadium at McKalla Place – have been discussed for years. Under what Pool is calling her Red Line Parkway plan (also a reference to the separate urban trail project along the rail route), city staff would explore partnerships with other local agencies to establish a “a strategy for the development, management, and operation” of new stations.

Cap Metro has long planned to relocate its Kramer Station to the new Broadmoor campus, but the McKalla Place plans have been less concrete. It’s an idea the relevant parties – Austin FC, Council, Cap Metro – are all interested in, but agreeing on funding is a different story. Sources close to Austin FC have long said they won’t pay the full cost of the new station, which simply wouldn’t move enough people to the stadium for games to justify the expense. However, those sources have said there is interest in exploring a partnership with other groups, both public and private, to share the estimated $13 million cost

A new vision for Austin parks

Council will also consider amending the 2012 Imagine Austin Comprehensive Plan to include a newly created long-range master plan for the city’s parks system. The plan is known as “Our Parks, Our Future,” and will take on added significance if the Land Development Code rewrite is approved to promote higher density development, making the respite offered by urban parks all the more important to city dwellers.

A major goal of the plan is to make more parks available to more people within walking distance, requiring somewhere between 4,000 and 8,000 acres of new parkland over the next 10 years. Other goals include increasing the number of community gardens at parks, creating more off-leash dog parks, and making the park system more accessible to everyone in the city. The plan was approved by both the Parks and Recreation Board and Planning Commission unanimously in September. 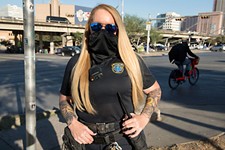