The RPT doesn’t spend ALL its energies purging likely Dems 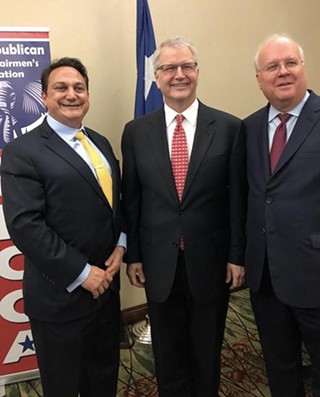 Should you receive a text from “Alex” of the “Texas Engagement Project” concerning your voter registration status, you’ve become part of a “pilot” effort by the Republican Party of Texas to recruit volunteers and register (presumably Republican) voters for next year’s primary and general elections.

According to a July 8 RPT press release, the “Texas Volunteer Engagement Project” is “an effort which focuses on volunteer recruitment, revitalizing Republican Party auxiliaries, and engaging in nuts-and-bolts party building such as voter registration and get-out-the-vote efforts for the 2020 election cycle.” The “working group” includes state chair James Dickey and none other than Karl Rove (“who has graciously donated his time to provided strategic advice”). Longtime GOP consultant Mitch Carney (also the RPT political director) is in charge of the TVEP, assisted by “senior advisor” Steve Munisteri of DC-based FP1 Strategies. Munisteri is himself a former state party chair, and has worked for various Republican officeholders, including Rand Paul, John Cornyn, and Donald Trump. The “Texas Engagement Project” of voter outreach is an offshoot of the Texas Volunteer Engagement Project, and is not without inevitable glitches. A Chronicle reporter received a text from the project, in which “Alex” informed “Manuel” that he’s not registered, and asked if he wished to request a voter registration form. Alas, the reporter’s name is not Manuel, and he’s been a registered Texas voter for decades. An inquiry evoked a quick phone call from Carney himself, who apologized for the errors and said it must be due to a mistaken phone number. He told us the text was part of a pilot, using certain “consumer data” to identify potential unregistered voters and sending them a text. “We purchase consumer data from a couple of different brokers and vendors,” Carney said, “and we’re trying to make sure that unregistered voters have a chance to register to vote.” The texts, in use for “about a month,” are still in “trial and error” mode, he said, as his staff updates incorrect information (like this reporter’s phone number). Carney said they are selecting no “specific demographic” in their outreach — a dubious claim in these days of highly targeted voter information – and that the RPT is still trying to determine if the data is reliable and cost-efficient (i.e., if there are not “too many clusters” of mistaken information to enable an effective outreach). “We’re just trying something new,” he said. Asked about the recent disastrous Texas Secretary of State effort to purge county voter lists based on bad data and whether he was specifically trying to find Republican voters, Carney said only they are using “modeling” to find unregistered voters. (Travis County, for example, has a very high percentage of registered voters, so the local pickings are presumably slim.) It’s simply a voter registration effort, he said, no more no less. However, Dickey’s press release reads rather differently: “We are thrilled to have Chairman Munisteri and Mitch Carney join our team. They bring a wealth of political knowledge and experience that will help us defeat the Democrats and keep Texas Red in 2020!” 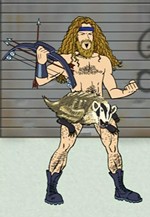