Tuesday, Oct. 15, was the Federal Election Commission filing deadline for Congressional campaign fundraising for the third quarter (ending Sept. 30). This morning: new posts for Senate and all six Austin-crossing districts. 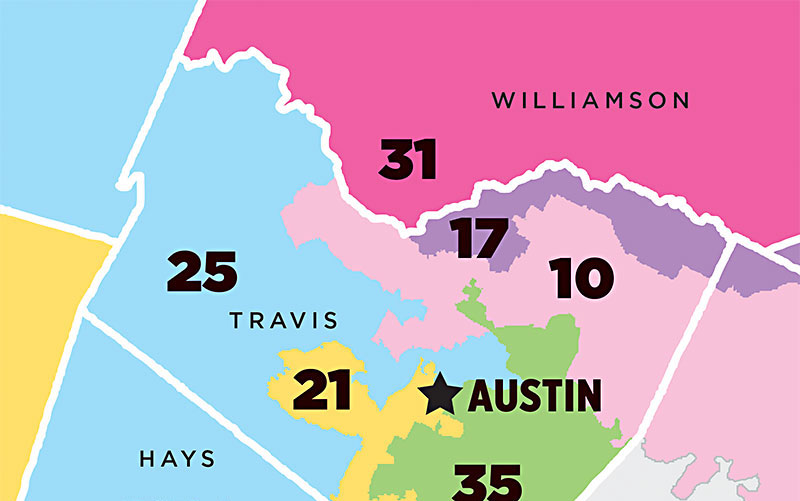 The FEC web site posts overall totals, disbursements, and cash-on-hand (COH) for the Democratic and Republican primary candidates, as well as Libertarians and Independents (the site is worth exploring for more detail). The following is a summary (with some commentary) on the now posted fundraising progress so far (all totals rounded).

Senate notes: Cornyn's access to massive funding is daunting, but means less for the primary campaigns -- right now the Democrats are running against each other, with Hegar, who declared earliest, still the de facto frontrunner.

There are four other Democratic senatorial candidates with initial FEC filings. The most prominent is Houston activist Sema Hernandez, who has tied her candidacy to the Poor People's Campaign and Bernie Sanders, but has raised only $7,500 ($3,900 COH). None of the others report significant fundraising. Also worth noting are Chris Bell’s relatively anemic totals compared to other prominent Dems. Two more Republicans and a Libertarian have also filed for the Senate seat.

Of the six Congressional districts that encompass some portion of Austin, third-quarter and cash-on-hand totals have now been posted for all Democratic and Republican candidates for party nominations.

TX-17 notes: Kennedy, who lost to GOP incumbent Bill Flores (retiring) in 2018, is the sole Democratic candidate. Former GOP Congressman Pete Sessions has announced for the Republican nomination, but is embroiled in the Ukraine scandal and not yet filed finance reports or even updated his TX-32 campaign web site. A second GOP candidate, veteran Trent Sutton, has reported no fundraising.

TX-25 notes: Incumbent Williams's relatively flaccid fundraising suggests he's waiting for the general election campaign; Oliver is relentless and is raising sufficient funds to be competitive in her second run. This is Sloan's first fundraising report, but she needs to make up ground quickly -- in politics terms, March 3 is very soon. A third Democrat, Christian Johnson, has nominally filed for this race, but he reports no fundraising and apparently has no online campaign presence.

As of this morning, there are seven declared candidates for the Democratic nomination in TX-31, hoping to challenge incumbent GOP Rep. John Carter. As of today, four of the seven Dems have reported significant fundraising to the FEC.

TX-31 notes: Although Eady Mann (who ran and lost to MJ Hegar in 2018) is the de facto frontrunner, Imam and Janjigian apparently have sufficient resources to compete for the Democratic nomination. Surgeon Murray Holcomb (D) posted $67,000 raised, $9,000 COH, but recently announced he is withdrawing from the campaign, for “personal and family” reasons. Three other declared Democratic candidates (John Bravo, Jon Curtis, and Omar Kadir) posted no significant fundraising results. One other GOP candidate, Michael Williams, posted $39,000 raised, $9,500 COH. Two additional declared Republicans (John Bohlin and Abhiram Garipati) have posted no fundraising results to the FEC.

Dem candidate Dan Janjigian is notable for having competed as an Armenian bobsledder in the 2002 Olympics (he holds dual citizenship). He also appeared in the now notorious 2003 Tom Wiseau film, The Room, “remade” this year by James Franco.

TX-35 notes: Doggett is the default Democratic nominee in this sole district gerrymandered by Republicans (anchored in San Antonio, stretching to Austin) to "pack" Democrats away from nearby GOP districts. Moutos appears to be a token GOP candidate in this district, with a hasty campaign presence -- as of this morning, his web site describes "OR [sic] TEAM," with a heavy emphasis on his military service, less on his legal career.

A final note on campaign fundraising: in Congressional campaigns, comparative totals generally mean less than simply having sufficient resources to underwrite a district-wide (or statewide for Senate) campaign. One more quarterly report should be available in mid-January, but by then, wheat and chaff, if not final primary outcomes, should be reasonably clear. 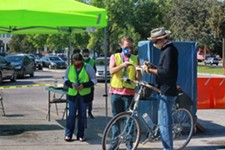