If at first you don’t succeed … change districts. That appears to be the new motto of former GOP Congressman Pete Sessions. Defeated in 2018 for his TX-32 seat, Sessions announced Thursday he’ll run to succeed retiring Rep. Bill Flores in TX-17. “My goal is to work together to restore the Republican majority in the House and maintain our control of the Senate and White House,” Sessions told reporters in Waco, at McLennan County Republican headquarters. TX-17 extends from Waco to Bryan/College Station and southward to a finger of northern Austin – one of six congressional districts that include some portion of the city. In 2018 – after years of walkover victories – Sessions lost his Dallas/suburbs-based TX-32 seat to Democrat Collin Allred by seven percentage points, but recently was saying he might take on Allred again.

Sessions apparently decided that the TX-17 seat – gerrymandered to easily elect a Republican — is a better bet. (As of Friday, he hadn't yet updated his campaign web site.) Sessions does have TX-17 connections (he’s originally from Waco, and says he will return). But he hasn’t exactly been welcomed with open arms by local Republicans. Flores criticized Sessions publicly for not first consulting him, and also suggested that there were other area Republicans with better claim on the race.

"TX17 is blessed with a strong cadre of emerging leaders who live, work, raise families, and serve the communities in our district,” Flores told the Texas Tribune after Sessions announcement. Marine veteran Trent Sutton is already campaigning for the GOP nomination, and Flores has been interviewing other potential local-area GOP candidates.

On the Democratic side, Rick Kennedy (who lost to incumbent Flores in 2018) has been campaigning in TX-17 for months, and earlier joked that if no one else would declare, he would have “the least expensive congressional campaign ever.” In a fundraising email this week, he reacted to Sessions announcement with his own “goal” for his campaign. "My goal is to restore the voice of the people of Central Texas to the House and to restore Congress to a functioning co-equal branch of government as defined in the Constitution.” 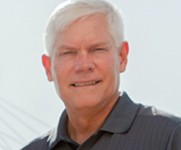