TribFest Panels Debate if the Texas House Is in Play

Is the Texas House in play? Is the Texas GOP in crisis? Are America's cities doomed to suffer the depredations of Trumpism? Two panels at the 2019 Texas Tribune Festival Friday morning, Sept. 27, dovetailed in interesting ways as both explored moving past the stasis of today's polarization into a more complex and diverse future. 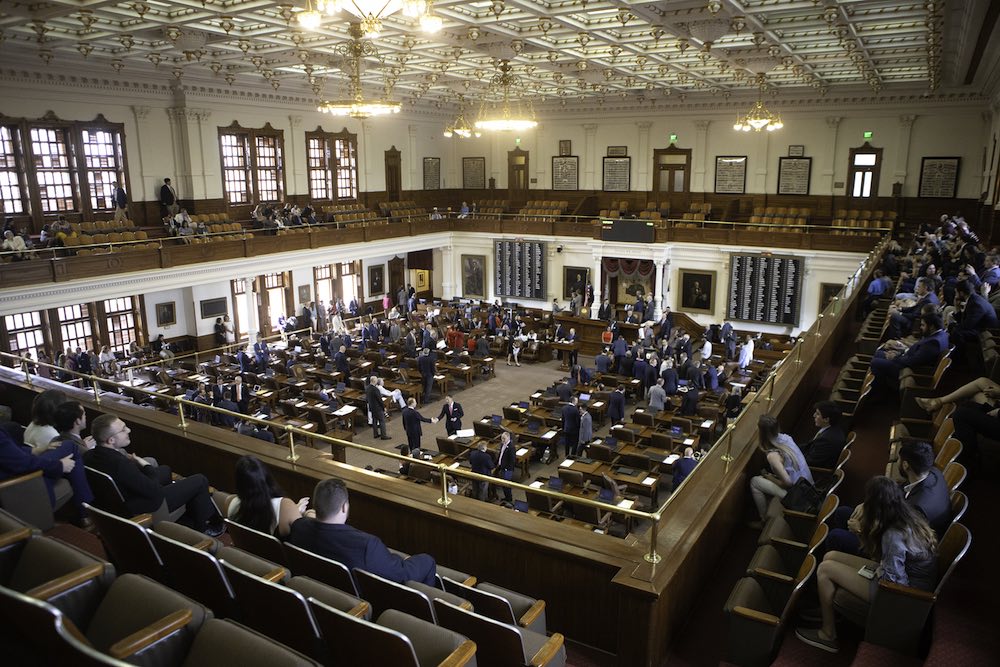 Both parties' players projected the confidence you'd expect, which meant McWright and Munisteri had to buck the emerging narrative that the wind is at the Blue Team's backs. "There's not a single poll that shows more left-of-center voters than right-of-center," said Munisteri, referring to ideology scores (conservative, moderate, liberal) on both Texas public polling and the 2016 and 2018 exit polls. Having chaired the state party as it rode the 2010 Tea Party wave, Munisteri says its success then - breaking the back of what had been a 76-74 Texas House in 2009 - came down to fundamentals that the party can replay this cycle. "This isn't the first time we've awoken. We went from 45% to 67% of all elected officials in the state [from 2010 to 2014] because we focused on the nuts and bolts, and we are again now."

Having said that, both Rs and Ds agreed that the Texas GOP has become complacent about its support in the suburbs, among women, and with younger voters, which the Dems see as obvious targets to gain the 1.5 million or so votes statewide they'll need to end their 20 years of wandering in the wilderness. "I agree that demographics are not destiny," said Brooks, "but I think Democrats have a very strong argument to make, and we’ve been very interested in earning those votes, while the Republican Party has not."

The Dems' magic number is nine to flip the House and, as Brooks noted with only a slight bit of gloating, "have a great opportunity to choose a new and different Speaker," as Dennis Bonnen continues to twist in the winds of a Texas Rangers investigation (and lawsuit from Garcia's TDP). "There's a real path to a majority- women Democratic caucus electing a woman speaker for the first time ever." Two of those nine seats are in the spotlight right now: HD 28 in Fort Bend County, where Elizabeth Markowitz is the only Dem running against six Republicans in the special election to replace Rep. John Zerwas, and the nearby Harris County HD 138, where Dwayne Bohac is giving up the seat he's held since 2002, but which he only won in 2018 by 47 votes.

The restlessness in those suburbs becomes rage in a lot of the blue cities of Texas and the nation, as covered in the aptly titled "Civic Enragement" panel. From Austin-bashing and Travis County's long, dramatic sanctuary city saga, to protecting Santa Fe's residents from immigration raids and its public lands from fracking, to maintaining New York's progressive identity from the molestations of its own homegrown president, there was much pain to be felt. (And then there was Midland, whose mayor Jerry Morales said, with some relief, that he didn't have any of these problems. But he does have others, like finding drinking water for his fracking-boomed city in the desert.)

What is to be done? Former NYC deputy mayor Alicia Glen pointed to "practical ways we can do things to protect people," such as creating the city's own resident ID card (available to the undocumented, those without homes, etc.), and then going to court to lock down the data behind it rather than turn it over to ICE. On a much larger scale, though, Glen acknowledged that the big coastal success stories like New York, or the Bay Area, that are now unaffordable to their own people have a much harder job retrofitting themselves for sustainability and equity than does Austin, which can "do the future-proofing now [and] fix it on the front end" with land use policies that require housing affordability, for example. (Check back next week when the new draft land development code drops!)

Both Travis County Judge Sarah Eckhardt and Santa Fe Mayor Alan Webber have been bruised a bit by conflicts within progressive constituencies over, in Webber's words, "the pace of change, and change for whom. A lot of people feel their interests have been ignored." He was referring to both what one might call NIMBYs and to legacy communities facing displacement; Eckhardt in recent months on several fronts (the public defender's office, expanding the county jail) has found herself at odds with activists in "a movement politics era, a lot of people engaged for the very first time - very issues-driven [with] not a lot of wiggle room and give-and-take. But there are legitimate reasons to be enraged. How do we [address] that rage without picking off our allies with friendly fire?"