Students and supporters to “act on climate crisis”

This Friday, Sept. 20, Austin students and supporters – taking part in an international "Climate Strike" – will gather at the Capitol “to urge Texas politicians to act on the climate crisis.” 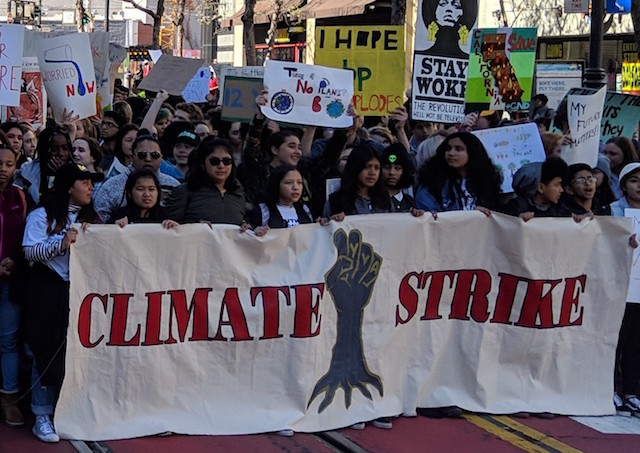 According to a press release by the student organizers, “students of Austin and the Greater Austin Area will strike from school to demand that the state of Texas acknowledge the immediate and pressing threat of the climate crisis.” People and organizations will begin gathering below the South Steps at 10am, with a rally at noon, and “a program of speakers, performers, public figures, and activities following a morning of student-actions performed across the city.”

One of the student organizers, Matthew Kim, a student at St. Stephens Episcopal High School in Austin, said that one goal of the event is to persuade Gov. Greg Abbott “to take action on the climate crisis,” although he agreed that Abbott and other state Republican leaders have been thus far uninterested in addressing (or even acknowledging) climate change and global warming as serious problems. Nevertheless, Kim said, he hopes that this “climate strike” event, and related actions nationwide, will help build momentum for broader official action on the climate crisis.

“I believe our support for action,” Kim said, “and the momentum of international climate movement, will help people see the international implications of climate change. In poorer countries, people are already dying from drought and excessive heat, and we can see what would be happening here if we weren’t such a wealthy country, with more resources. … We hope Texas leaders will take this into account. … We’re not only citizens of Texas; we’re citizens of the world.”

Kim said that students from more than 20 Austin high schools are expected to attend — and others from elementary schools, with their parents. He said school administrators have been mostly supportive, allowing excused absences for the day. “It’s an educational event,” he said, “and we’re trying to take part in the political process, and persuade our leaders to take action.” 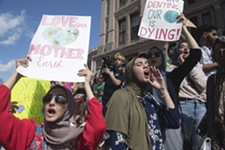