The currently free lot could see meters in 2020

On Friday, Sept. 13, the city’s Parks and Recreation Director Kim McNeeley sent a memo to City Council, proposing the installation of parking meters for the lot at Deep Eddy Pool – tentatively scheduled for March, 2020, at the beginning of the spring season when paid admission resumes. 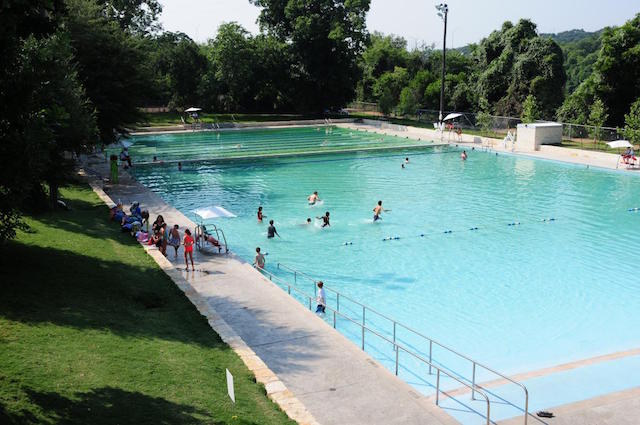 McNeeley gave three reasons for the proposal: increasing use of the free lot by nearby business patrons, previous metering of the surrounding streets (Lake Austin Blvd., Veterans Drive, Stephen F. Austin Drive), and to provide a more certain way to identify parking violations. (Since late last year, the lot has been marked for swimmers, Eilers Park, and Hike and Bike Trail users only, but the signs are regularly ignored.)

The memo emphasizes that the lot is now “the last free parking lot in the supporting area of Deep Eddy Pool, Eilers Park, The Butler Hike and Bike Trail, and many other private businesses in the surrounding area.” Despite intermittent efforts to redirect parkers by the Park Rangers and volunteers from the nonprofit Friends of Deep Eddy, the memo reports, “this strategy did not deter the community from parking at Deep Eddy and in fact, the situation has only become worse.”

McNeeley proposes either metering the lot in the manner of Zilker Park (where swimming season’s-pass holders also receive parking passes) or else that method plus day-passes for day swimmers. The memo invites more feedback as well as “alternative solutions.”

Those suggestions are likely to come from the Friends of Deep Eddy, who have been concerned about the parking problem for some time but are not delighted at the prospect of permanent metering. Over the Labor Day weekend, FODE volunteers took turns redirecting patrons (and employees) of nearby restaurants from using the lot – and on FODE’s web site they reported, “nearly half the cars coming to park between 4:30-6pm were planning to park in our lot and eat dinner nearby.” (The result was more available parking for swimmers.) FODE has lobbied the city for better enforcement (ticketing or towing), or a more consistent presence of PARD personnel to discourage non-permitted use.

FODE members have been writing PARD and Council members with suggestions, including stronger enforcement, requiring nearby commercial venues to provide their own parking (e.g., with valets), or similar solutions (not including meters). The matter has not yet reached a Council agenda, and would presumably be considered first by the Parks and Recreation Board. Undoubtedly, McNeeley’s memo is not the end of the matter. 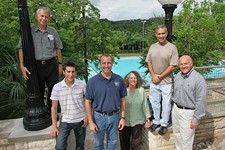 Raising the Roof
Major donors to the Deep Eddy project 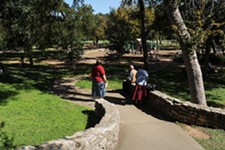 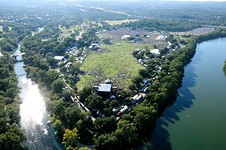