On Thursday, Sept. 12, Gov. Greg Abbott issued a “Safety Action Report” in response to recent Texas mass shootings in El Paso and Midland-Odessa. It’s likely to have about as much impact as the one he issued last year … after the Santa Fe High School episode, in our ongoing list of brand-named mass shootings. 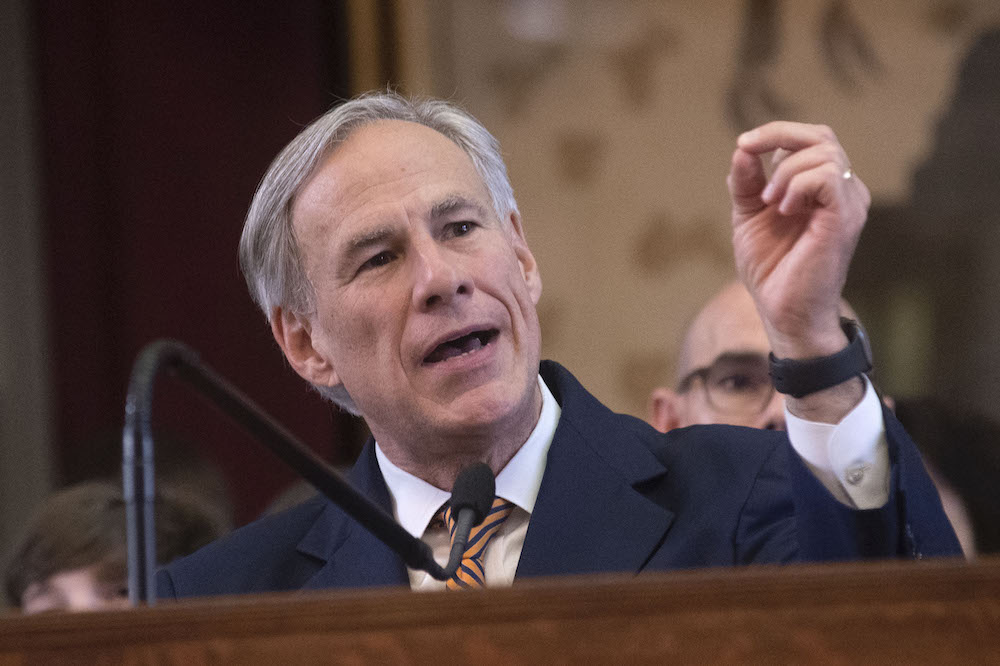 A few days before the report (Sept. 5), Abbott issued a series of eight “executive orders,” all but one dealing with encouraging official and public reporting to the “Texas Suspicious Activity Reporting Network.” (No. 8 incentivizes counties to promptly report convictions to the Department of Public Safety database.) Even after those orders, it’s likely that very few Texans will have ever heard of the Texas Suspicious Activity Reporting Network — or its “iWatchTexas Community Reporting Network” web site, which allows anonymous online reporting of “suspicious activities or behaviors that may indicate criminal, terroristic, or school safety-related threats.” (One can only imagine the sorts of “suspicious activities” gathered there, while also wondering if Apple wants its “iWatch” back.)

The subsequent Safety Action Report is more expansive, and largely derived from Abbott’s well-publicized efforts to convene large, ungainly public safety task forces and commissions in the wake of the most recent mass shootings. With introductory nods to the previous mass shootings in Dallas, Sutherland Springs, Santa Fe, etc. (the list just keeps on growing), the report’s nominal goal is to “ensure a safe and secure future for our state, while also upholding the constitutional rights of all Texans.” Most Texans should be forgiven for silently translating: “Don’t worry, we’re not going to do anything about guns.”

What will we do? Spend more money on police and “mental health services.” The former is self-explanatory; the latter is in keeping with blaming mass shootings on the mentally ill rather than on easy access to guns, while also ignoring the persistent, overall resistance of the Legislature and state Republican leadership to spend more money on any “health services,” let alone mental health services. The push for more law enforcement resources against “domestic terrorism” does strike one unexpected note, promising more DPS resources devoted to “criminal gangs affiliated with Neo-Nazi and White Nationalist groups and networks espousing terrorist attacks.” Should they actually head off such criminal conspiracies, congratulations – but most of these mass shooters have been unaffiliated loners only inspired by online fascism and racism.

Abbott also recommends more law enforcement training in various “active shooter response” programs, specifically those trademarked by Texas State University in its “Advanced Law Enforcement Rapid Response Training Program” (i.e., ALERRT), among a brace of related programs bristling with slogans like “Avoid, Deny, Defend” (also trademarked) and “Failing to Plan is Planning to Fail.” The folks at TSU (with the help of generous federal and state funding) are bringing “active shooter drills” to newly terrified groups of civilians and schoolchildren all across the nation.

Abbott’s report also calls attention to the $1 million budget rider for a DPS “safe firearm storage campaign.” The broader enabling legislation (sponsored by Austin Rep. Donna Howard), approved in committee, never made it to the House floor, and gun rights groups called for a line-item veto of the rider as an affront to already safety-first gun owners. Now Abbott is using the piffling funding as cover for avoiding more substantive action on guns.

Abbott’s list is notable for how heavily it relies on better information-gathering for police and volunteerism for gun-owners, and how lightly it treads on gun possession (that is, those allegedly inalienable “constitutional rights” to own weapons of war). Texas Gun Sense issued a statement applauding Abbott’s recommendations to prohibit straw purchases, prosecute deception on background checks, and to report stolen firearms, but said they were “stunned” by the governor’s failure to support universal background checks and “extreme risk” (aka “red flag”) laws. Everytown for Gun Safety and Moms Demand Action said in a press release, “Lawmakers must support mandatory background checks on all gun sales and a strong Red Flag law.”

O’Rourke’s campaign reportedly alerted the FBI to Cain’s twitter-fronting. While they’re at it, the governor’s office recommends an anonymous online notice to the Texas Suspicious Activity Reporting Network. They could also request that Cain receive some voluntary mental health services.