One of 18 communities featured in “How We Respond,” released today

Austin is featured in a report released this morning by the American Association for the Advancement of Science. “How We Respond,” announced the AAAS, “shares details and perspectives from 18 communities using scientific information to adapt to climate change impacts and/or reduce greenhouse gas emissions.” 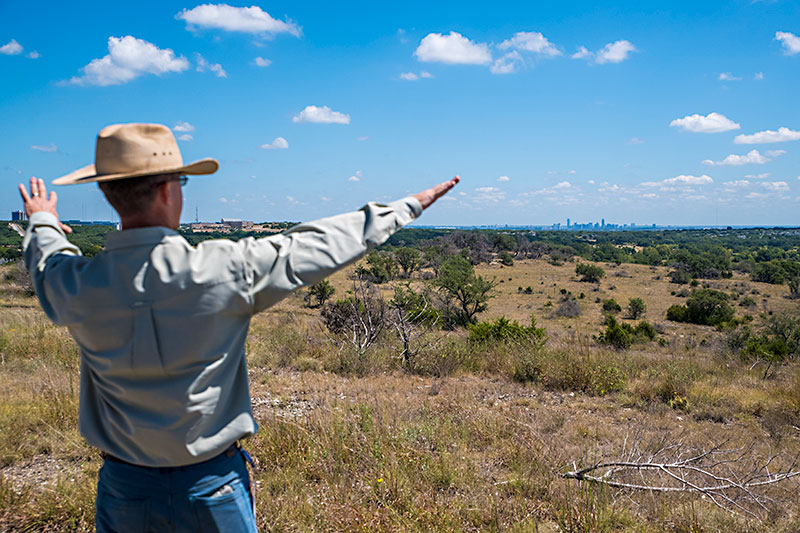 “We want to shine a light on how communities are taking action on climate change,” said Emily Therese Cloyd, director of the AAAS Center for Public Engagement with Science and Technology. “We hope ‘How We Respond’ gives communities ideas for [responding] to climate change locally, and ways that scientists and community members can work together to build stronger, more resilient communities.”

The 18 communities – from Austin to Yurok Territory, California – are profiled for a variety of strategies in responding to climate change, from actions to reduce carbon emissions overall to various forms of adaptation or creating climate “resiliency.” The specific Austin project addressed in the report is a program assisting local churches in improving their energy efficiency. Another Texas project described in the report is the effort of the Fort Hood military base to transition to renewable energy sources.

Lit Consulting (aka ConsultLIT) is a nonprofit founded by Colby May and Jim Brown, to work with churches on energy efficiency, reducing their carbon footprint, and redirecting money spent on energy to the churches’ broader missions. Based on his audits, May estimates that as much of 20% of institutional energy costs can be saved by simple changes in behavior – turning off lights, adjusting thermostats. “Doing those audits awakened us over time in a sense that there’s so much potential here,” May says. “There’s so much waste, simply in the way we operate the energy of our buildings.”

Other projects and places described in the report include improving mass transportation (Washington, D.C); greater use of renewable (and cheaper) energy (Fort Hood); more advanced water management (Kansas), etc. Overall, the “How We Respond” report “profiles 18 communities that are using scientific information to adapt to climate change impacts and/or reduce greenhouse gas emissions. While the impacts of climate change vary, and how communities respond depends on their needs, values and resources, these stories demonstrate what is possible and offer solutions and approaches for communities to consider.”

The American Association for the Advancement of Science is the world’s largest general scientific society, and publisher of the journal Science. Founded in 1848, AAAS now includes more than 250 affiliated societies and academies of science, with a mission to “advance science and serve society.”

For more on this story and other local efforts to address climate change and global warming, follow the Daily News and the Chronicle’s weekly print edition.

American Association for the Advancement of Science, How We Respond, AAAS, ConsultLit, Colby May