Another Lawsuit Filed Against Travis County D.A. and Her First Assistant

Travis County District Attorney Margaret Moore, along with her first assistant Mindy Montford, are again under fire in a new lawsuit relating to the treatment of sexual assault survivors within the county’s legal system. 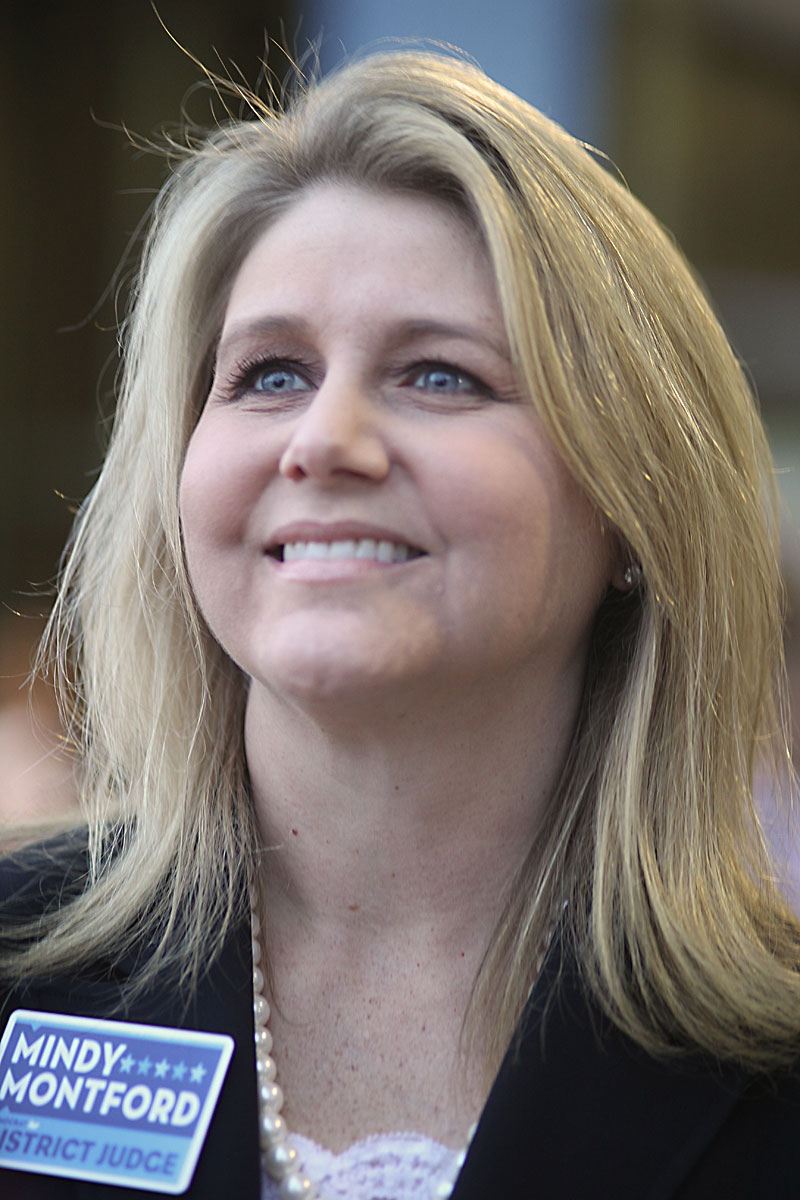 Filed Wednesday afternoon, Sept. 11, in an Austin-based U.S. District Court, the 17-page suit argues that both Moore and Montford “lied about a victim of sexual assault to her friends, family, and the public,” in an effort to undermine the survivor – Emily Borchardt, one of eight plaintiffs in the previously filed sexual assault class action lawsuit against Austin, Travis County, local law enforcement, and the D.A.’s Office. Moreso, the filing asserts, the lies were made to “prevent or dissuade” Borchardt from pursuing the class action suit, which “was (and is) a threat to both DA Moore’s reelection campaign and ADA Montford’s continued service as First Assistant District Attorney.” Borchardt now seeks a jury trial as well as punitive damages and attorneys’ fees.

Wednesday’s filing stems from a recorded phone call Montford made last September to Dawn McCracken, her former sister-in-law – and a family friend of Borchardt’s – in which Montford shared confidential information and made false statements about Borchardt’s case, shortly after the D.A.’s Office declined to prosecute the case. Specifically, Montford repeatedly described Borchardt's rape as "consensual" during the 38-minute phone call, despite the fact that the Austin Police file on her case notes that Borchardt “feared for her life,” “repeatedly tried to escape,” and did not consent to sex, according to the suit. (Borchardt claims she was strangled, kidnapped, and violently raped over the course of 12 hours spanning two days in January 2018.) Montford, as the filing points out, had access to the police file and even told the family friend that she studied it “just before” the phone call took place.

“Emily did not consent, and she never said she did,” notes the filing, which categorizes Moore’s and Montford’s actions as “appalling,” as well as law-breaking. Specifically, the suit argues that Montford’s call was both a violation of Borchardt’s civil rights and per se defamation.

Because the call was made six weeks after Borchardt joined the class action lawsuit and three weeks after McCracken originally reached out to Montford to advocate for Borchardt, the suit suggests Montford colluded with Moore before returning McCracken’s phone call in order to “silence that sexual-assault survivor, undermine her to her family and friends, and intimidate her into dropping out” of the existing lawsuit. Moore, who publicly defended Montford’s actions shortly after the call made headlines, is accused of allowing the conversation to take place and for neither reprimanding nor disciplining Montford, despite the fact that Moore’s Interagency Sexual Assault Team, which is supposed to address deficits in the local criminal justice system regarding sexual assault cases, has an “explicit policy forbidding such disclosures without a voluntary waiver from the victim,” according to the filing. This, Borchardt’s lawyers argue, raises “strong inferences” that the two made coordinated efforts to allow Montford’s call to take place. The two are accused of using their “perceived authority and credibility of the D.A.’s Office to undermine Emily and disparage her.” Further, the filing argues that the law “does not permit” a D.A. or her assistant to “deliberately and casually lie in order to disparage a victim who happens to be a part of a civil lawsuit against their office.” They’re accused of violating prosecutorial ethics, internal policies of the D.A.’s Office, and both federal and state law.

Montford’s “possible defamation” first came to light in March, when Borchardt filed a petition in Nueces County District Court seeking pre-lawsuit depositions from Montford, Moore, and Assistant D.A. Mona Shea. That request was ultimately denied; however, Moore’s request for an injunction against Borchardt’s request for discovery was also denied by U.S. District Judge Lee Yeakel, who’s currently considering the defendants' motions to dismiss in the class action, which he heard in December, but has not yet ruled on.