Wheels in motion for upcoming adoption of FY 2020 budget 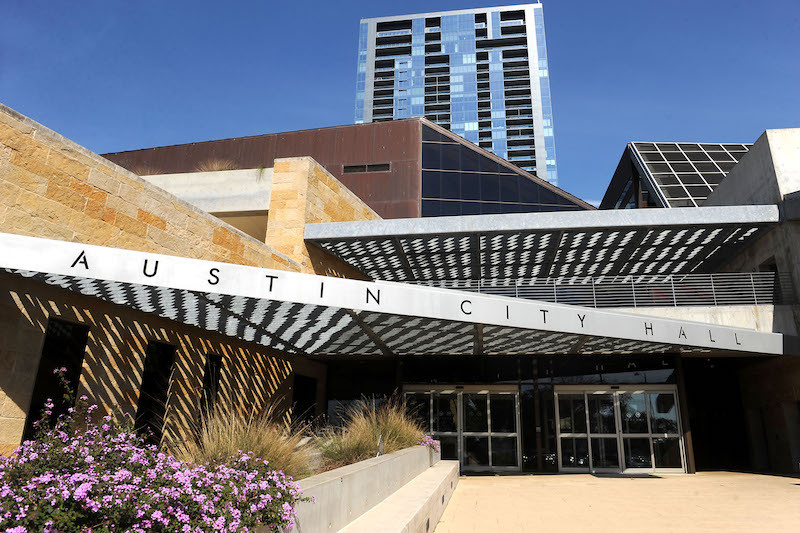 The City Council voted unanimously on Thursday, Aug. 22 to increase Austin’s property tax rate to the maximum allowed under current state law without requiring a public vote – a rate that will bring in 8% more revenue than the city received this year.

The max increase was no surprise, as the city aims to shore up its accounts before state-imposed revenue caps lower that 8% figure to 3.5% before the city must go to the voters, putting a strain on growing communities such as Austin.

The rate increase equates to slightly less than $100 for owners of a median home in Austin. Additional revenue raised in Fiscal Year 2020, according to the proposed budget, includes $17 million in one-time funds to address homelessness, as well as funding to open a $15 million fire station in Del Valle, add 30 new police officers, and speed up processing for sexual assault DNA evidence kits. The next public hearing on the $4.2 billion proposed FY 2020 budget will be on Wednesday, Aug. 28 at 6 p.m. at City Hall, leading up to the final budget adoption on Sept. 10.

The closely watched 4700 Riverside proposal for major redevelopment in the East Riverside Corridor also inched forward on Thursday, with Council voting 6-5 (Mayor Pro Tem Delia Garza and Council Members Greg Casar, Alison Alter, Leslie Pool, and Kathie Tovo voting against) to approve the necessary rezoning on second reading. Concerns voiced by the opponents were familiar: The project would displace residents currently living in 1,300 existing housing units, potentially accelerating gentrification in an area that has thus far retained some of the dwindling supply of unsubsidized affordable housing in the city.

Garza and Casar both referred to the decision as “incredibly difficult,” as they have been two of the strongest pro-housing voices on the dais. In this case, they say, the uncertainty surrounding future affordability of the up-to-4,700 proposed new housing units could not justify the loss of the currently available and affordable apartments at the site, and they have suggested finding greenfield sites elsewhere in the city for such developments. “This is a rare case where it’s a large enough tract,” Casar explained, ”that has not gentrified yet, where (the development) can be an accelerator of gentrification. If we want to address the housing crisis … we need to oppose bad cases like this one, and build housing across the city.”

Arguing on behalf of the developers, Presidium Group and Nimes Real Estate, attorney and lobbyist Richard Suttle offered three restrictive covenants intended to soothe the concerns of the opposition. Suttle offered up a memorandum of understanding with the Ending Community Homelessness Coalition (ECHO) that would reserve 10 future residential units for qualifying people exiting homelessness. ECHO would pay the rental vouchers for these one-bedroom apartments in an agreement initially for four years, with potential extensions.

A second covenant, effective for five years, would shield from demolition 250 units from among the five existing apartment complexes that make up the 4700 Riverside site, while the rest of the project is constructed. The third agreement is aimed at ensuring developer compliance with the city’s density bonus program, which grants additional building height in exchange for affordable housing units. Presidium Group and Nimes Real Estate agreed to allow a third party to monitor compliance with affordability provisions in units built up to 60 feet, which would be allowed under current zoning; when any 4700 Riverside buildings exceed 60 feet, the city would step in and enforce the requirements. The zoning case will be up for a third and final vote at Council’s next meeting on Sept. 12.

Toward the end of the meeting, Council took up a resolution from Alter to establish a Task Force on Gun Violence to explore avenues to reduce gun violence at the local level. Alter said she wanted the task force to look at ideas such as a voluntary gun surrender program, an awareness campaign on safe gun storage, and comprehensive data analysis on gun deaths in Austin.

While this resolution seemed like a no-brainer for this Council, healthy debate followed on the dais, with opposition centered on the ability of a small task force to tackle a large, complex problem like gun violence. “I’m hearing from constituents,” CM Natasha Harper-Madison said, “‘why do we have so many task forces?’” She suggested the city’s already well-established Public Safety Commission would be able to look at the complex, multi-faceted nature of the issue that touches on race, gender, and economic status. “I can appreciate the pointed nature of a task force,” she explained, “ but it’s temporary, and the problem (of gun violence) won’t go away … I think the Public Safety Commission, while the breadth of what they cover is vast, it’s the appropriate entity to address the intersectionality around gun violence.”

Casar proposed an amendment, which was adopted, that would require the task force to disband eight months after its volunteer members were appointed – to ensure that staff resources are not diverted for too long on a project that should be handled swiftly. The resolution ultimately passed unanimously.