Many questions still unanswered in wake of June protests

After a marathon meeting Thursday, July 18, the Leander City Council voted 5-1 to take no action on controversial library policies proposed in the wake of its canceled Drag Queen Story Hour last month – and now faces new questions about the city’s response to the weeks of protests and division that have followed.

Among the proposed policies was one allowing the library director to cancel any event that creates a “disruption, becomes a source of contention or divisiveness … or is determined … to create an interference with the use of and access to the main Library.” The director would also be able to bill event organizers for “security precautions,” including police officers or other emergency services. According to Leander Council Member Christine Sederquist, security for the June 15 Family Pride Event that replaced the drag story hour, which brought out hundreds of protesters and counter-protesters, cost the city more than $20,000.

The Council’s decision to hit the pause button came after the ACLU of Texas, the American Library Association, and the Texas Library Association all wrote to the city, asserting that the policies would create barriers for community members wanting to access the robust public service a library is meant to provide. The ACLU cautioned city leaders that the proposed policies may violate users’ First Amendment rights and are “likely [to] stifle free expression, severely limit free assembly, and prevent Leander residents from equal access to public facilities.”

At the Council meeting, every public speaker came down firmly against the proposed policies, voicing concerns about the city’s exposure to lawsuits, about placing a financial burden on people trying to freely assemble, and about giving discretion to the library director to cancel events. While many spoke in opposition to anti-LGBTQ discrimination, the topic drew speakers from across the political spectrum, including people of faith advocating for freedom of assembly and speech for all.

Discussion over a clause to require all outside presenters to undergo city background checks or “the equivalent” caused the dais’ first disagreement of the night. CM Marci Cannon repeatedly stated her “concern” about the vague phrasing and whether it would fully protect children visiting the library, although TLA’s letter expressly stated: “requiring any outside presenters … to undergo a background check seems onerous and contrary to the library’s goal to be a welcoming gathering space for the community.”

Mark Tummons, director of the city’s Parks and Recreation Department (which oversees the library) then turned to meeting room policies, including one to limit their use to city and library programs only. Sederquist and Cannon both objected to this change to a public library’s role as an openly accessible community space.

However, the library has been limiting access to its meeting rooms since May, which was new information for several council members; Sederquist told the Chronicle she had only learned this when attended the June Pride event. Earlier this month, an event featuring renowned Austin graphic novelist Lilah Sturges, a trans woman, was canceled shortly before it was slated to start with (according to Sederquist) no real explanation. The National Coalition Against Censorship, with Sturges’ approval, has since reported that Leander officials cited the need for a background check, but did not allow Sturges enough time to submit for one, noting she was “the only guest speaker to be denied access to the library.” On Thursday, under repeated questioning by Sederquist, Tummons said “We just ceased the rentals until we could get some policies, better policies.”

Sederquist attempted to strike the new meeting room restrictions and approve the other changes, but failed to get a second. Other council members felt uncomfortable taking any action as the meeting continued past midnight; CM Jason Shaw apologized “in advance – this is 19 hours and 10 minutes of city today. So I’m just a little bit tired.” Shaw continued, “I am not an ally [to the LGBTQ community]. I am solid in my beliefs. However, if [room rental] is not illegal, we should allow it because it was allowed before this… It’s not right. It’s not why soldiers die. It’s not what our country was founded on.”

After the meeting, Mayor Troy Hill told the Chronicle that the Parks Department halted rentals after being “blindsided” by the planning of events like Drag Queen Story Hour. (The Leander library is operated by an outside firm, Library Systems and Services, under the city’s supervision.) Hill said he thought the information he and others had about Leander’s legal obligations was too jumbled to make a clear-headed decision at this time, adding: “What if there was a group that wanted to bring guns? … Are we protected against that? I’m not sure.” He indicated the council would wait for guidance from the city’s legal team before revisiting the issue.

Sederquist, highly skeptical of statements by city spokesman Mike Neu and Hill, told the Chronicle that “the intent is to silence people. … Our oath of office is to uphold the laws of the U.S. and the Constitution of Texas, both of which are affirming of free speech and the freedom to assemble… This issue is not going to go away… I’m not going away.” 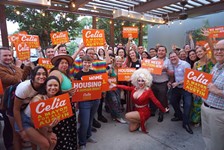 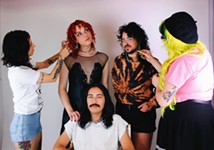