For now, there's room enough in Texas for both its 2020 favorite sons

“I am not ‘the other Texan’ in this race. I am the Texan in this race.” And thus Julian Castro summed up his message of the week, as he wrapped up his remarks at Cheer Up Charlies Friday night – an hour or so after the other Texan in the race, Beto O’Rourke, regaled his own supporters a few blocks north at Scholz Garten. 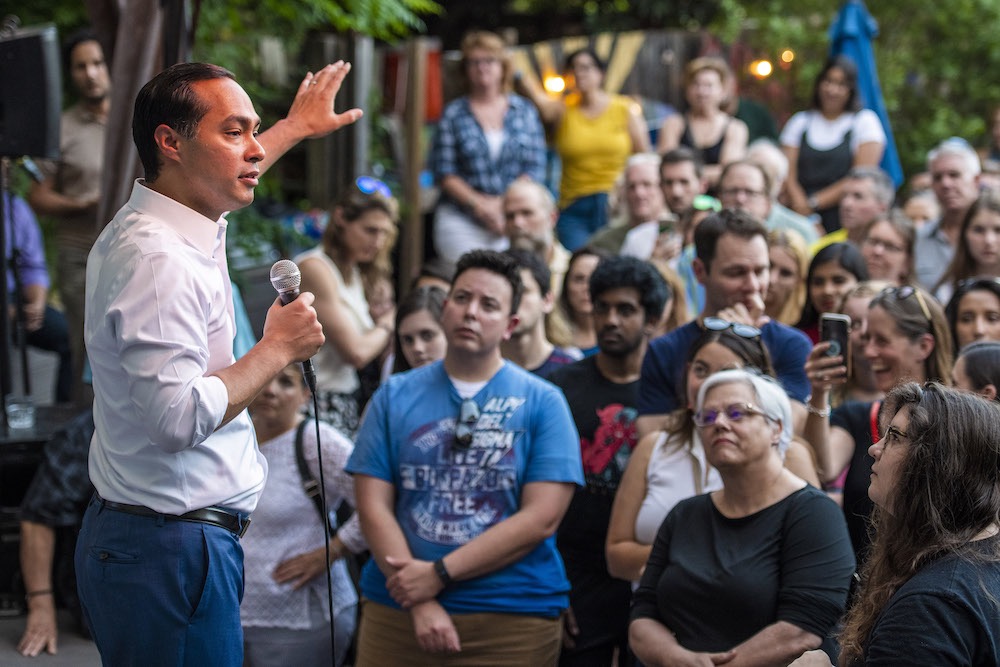 Was this town big enough for the both of these cowboys? Since Austin is neither of the 2020 Texans’ hometown – reinforced by Castro as he negged our “pretty good” breakfast tacos – this brand-new rivalry played out on neutral turf. The former San Antonio mayor and U.S. housing secretary pulled off the breakout performance at this week’s first 2020 Dems debate, largely at O’Rourke’s expense.

At his Friday fundraising event to support the Texas Democratic Party – and then, afterwards, in an extended CNN hit with Don Lemon, live from Cheer Up’s – Castro milked his rare second chance to make a first impression for all it was worth. “The question I hear is ‘Is our nominee able to stand up to Trump?’” he asked. “What do y’all think? I made my case and held my own.”

By contrast, O’Rourke – whose campaign didn’t announce the Scholz event until the day before – was making his 1003rd or so impression on a crowd of faithful fans, and made no reference to Castro or to the debate. (Luckily for Beto, Joe Biden’s nasty stumbles on Night 2 made his halting performance in Miami look not-so-bad.) And just as Castro reinforced his new visibility, Beto took advantage of his familiarity, walking the crowd back through all 254 counties in Texas and reporting from his adventures on the trail. 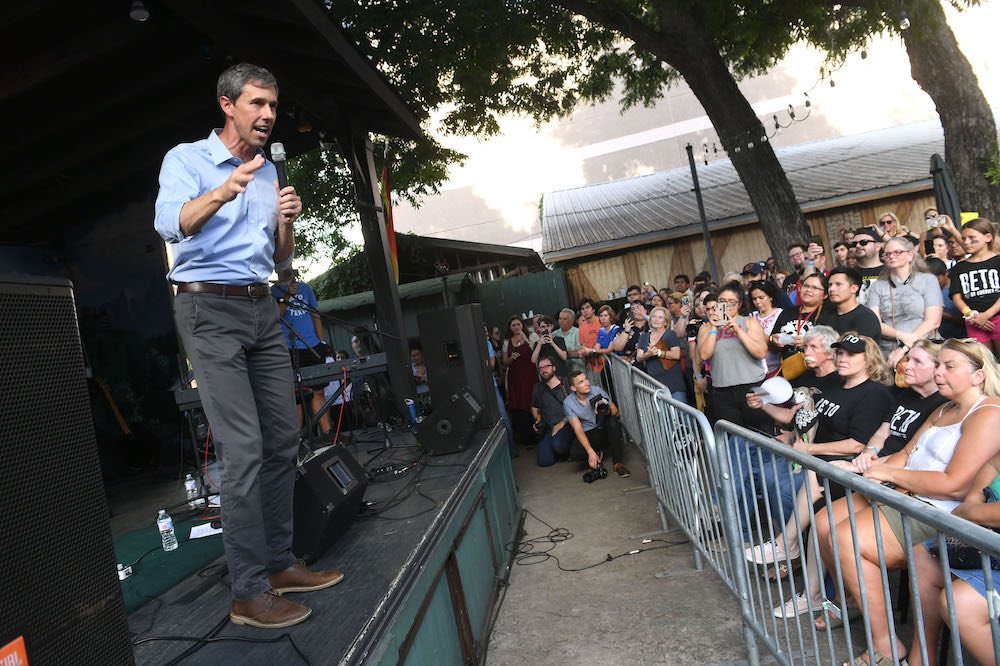 This took its fullest form in an extended and graphic riff on his journey to the Homestead detention facility south of Miami, where (as did many other candidates, including Castro) Beto saw Guatemalan minors “locked up like prisoners of war, not children” He reminded the crowd of his similar high-profile visit to the Tornillo tent city last summer, during the Senate race (back when Castro was campaigning for Beto) and invited them to join him at the Clint facility, also in El Paso County, on Sunday (tomorrow); Castro is visiting Clint today.

While Castro spent more time on his biography, which is a core element of his stump speech, a Venn diagram of the 2020 Texans’ remarks would show substantial overlap – not just of the issues raised, but of the time and energy devoted by each, and of the promises to be kept when each is elected President. (Both Castro and O’Rourke went into depth on raising teacher pay, for example.) And both are spending the weekend carefully avoiding each other as they crisscross the state, make high-visibility appearances, and (we hope) spend a night in their own beds.

From the Texas Democrats’ perspective, this is a good problem to have right now. Inevitably – if both Castro and O’Rourke make it into next year – their contest for our votes in the make-or-break Texas primary will clearly be more brutal than the shade-throwing they're engaged in now. (The media advisory for O'Rourke's event noted a recent Texas poll in which he leads the field, three points ahead of Biden and "25 points ahead of fellow Texan Julian Castro.") For now, they can play off each other to attract the attention they both need to stay close to the front-running pack of 2020 Dems; the snap post-debate polling by FiveThirtyEight and Morning Consult shows O'Rourke and Castro in seventh and eighth place, just above the 2% polling cutoff both will need to surpass to be in the September debates.