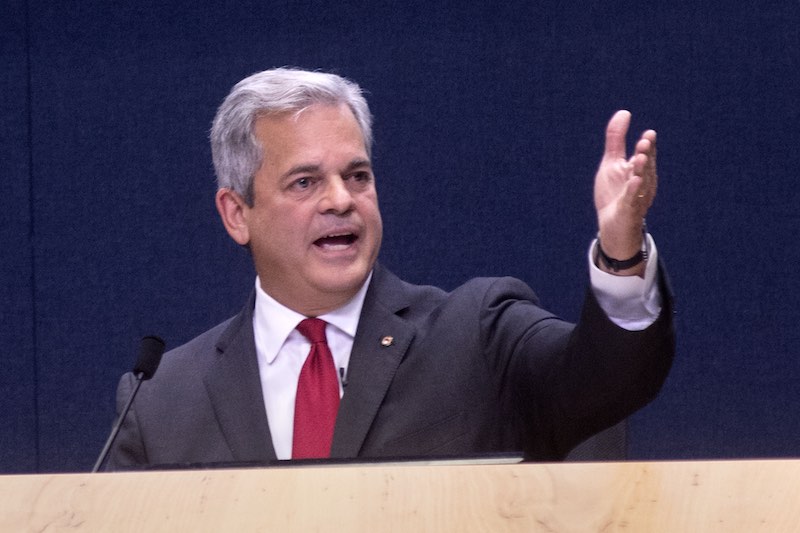 Mayor Adler says the city and county can now move forward with working to obtain a better Census count. (Photo by John Anderson)

The U.S. Supreme Court today blocked the Trump administration from adding a controversial citizenship question to the 2020 Census, at least for now.

For the majority, Chief Justice John Roberts wrote that the reason the administration wanted to include the question (“Is this person a citizen of the United States?”) in the first place – to supposedly help enforce the Voting Rights Act of 1965 to protect minority voters – appears “contrived." If judicial review is to “be more than an empty ritual, it must demand something better than the explanation offered for the action taken in this case,” he wrote, agreeing with a lower court decision to send the question back to the Census Bureau for a legitimate explanation of why it’s necessary. While they could provide that answer soon, time is running out.

“This case has never been about a line on a form. It is about whether everyone in America counts. This ruling means they do," said Dale Ho, director of the ACLU’s Voting Rights Project, who argued the Supreme Court case after the civil liberties group filed suit against the administration.

That’s because the politically charged question can lead to inaccurate data due to undercounting – especially in a state that leads in immigrant residents – as some families may opt to forgo the Census altogether, fearing consequences for themselves or relatives. Texas is home to nearly 5 million immigrants, including an estimated 2 million who are undocumented; it would be one of the most impacted states in the country. The Census information helps dole out $800 billion in federal funding to programs across the U.S.; if Texas residents are undercounted by just 1%, the state could be forced to give up at least $300 million per year, according to the county. Undercount­ing also means a potential loss of political power as it could jeopardize how many Congressional seats the state picks up.

Local leaders voiced optimism about the high court’s decision. “We are encouraged by today’s Supreme Court of the United States ruling,” said Travis County Judge Sarah Eckhardt and Mayor Steve Adler, both co-chairs of the Austin-Travis County Complete Count Committee. “Having unburdened the census from the repressive citizenship question, the City of Austin and Travis County can move forward with working to obtain as accurate a count as possible, resulting in additional federal funding for our region, and accurate representation during the redistricting process.”

They stressed that citizenship information cannot be used for any other purpose and cannot be shared with any other agency or individual. The Austin-Travis County Complete Count Committee will work over the next year to publicize the importance of the Census, given every 10 years, and gather as many people as possible to participate, they said. The Census will next be taken between March and July of 2020. 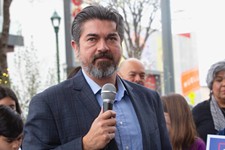 Eckhardt: The State of the County Is ...
Thursday address slams Lege, props up local entities