Checking in With Beto and Castro's Post-Debate Presidential Chances

Well, hey! We didn't actually think the Bet-O-Castr-O-Meter would so quickly be measuring the two 2020 Texans' performance against each other, but here we are. 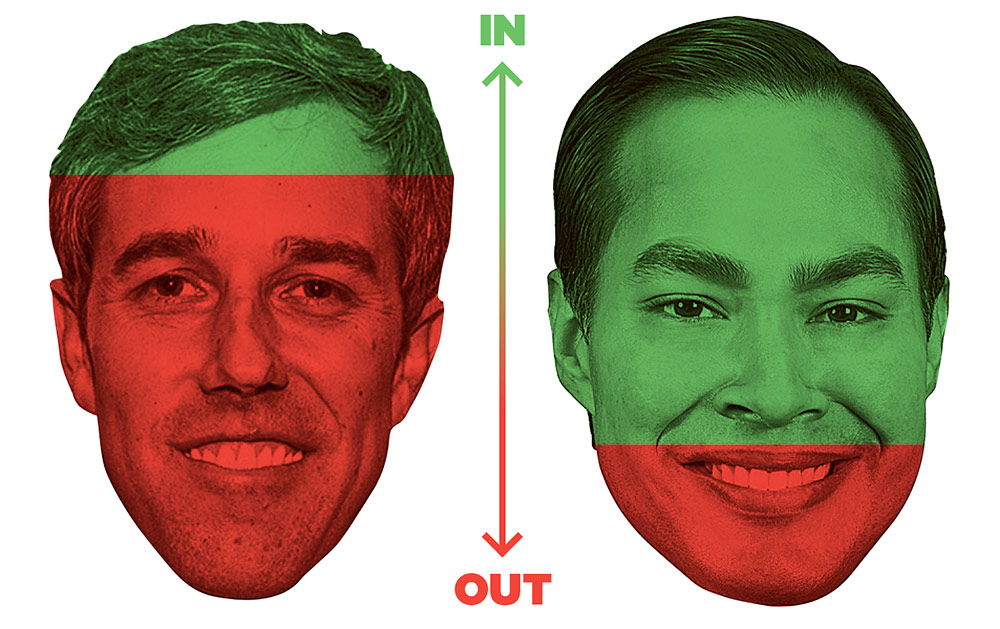 Reminder: They both started at 50/50 red/green

Former U.S. housing secretary and San Antonio mayor Julián Castro had a very, very good night at the first 2020 Democrats debate (actually, the first half of the first debate) in Miami Wednesday night (June 26). Meanwhile, former El Paso congressman Beto O'Rourke came out much the worse for wear, largely after being slapped around by Castro – who eight months ago was happily stumping for Beto in the U.S. Senate race – for "not doing his homework" on immigration.

To be honest, O'Rourke wasn't as bad as he's being painted in the post-debate spin. But he had the most to prove and the most to lose, so anything short of a championship performance was bound to send him into the red on the Bet-O-Castr-O-Meter and, probably, relegate him for good to the bottom tier of candidates. Meanwhile, Castro clearly made up the most ground of any of the 2020 Dems, even if, for now, that looks to have put him in pole position in the race for vice president.

One way to frame the stakes of this round of winnowing-the-field: It's Elizabeth Warren vs. Bernie Sanders, Cory Booker vs. Kamala Harris, O'Rourke vs. Pete Buttigieg, and Joe Biden vs. everyone else except for Castro, who has immunity through the next round. Having said that, we clearly have a rumble going on between the Texans, which we'll get to see live and in person Friday night, with Beto and Castro doing back-to-back meet-and-greets in Austin. (Castro's event was scheduled first, as a Texas Democrats fundraiser; Beto's was just announced today.) Go and show your love.