The Monitor, which reports primarily on local politics – City Hall, City Council, the city bureaucracy as well as other regional institutions – has a relatively small but devoted readership intensely interested in the details of public policy. Glasshouse describes itself as “a forum for the general public, policymakers, academics, and all other interested stakeholders to debate, compromise, and ultimately craft crowdsourced policy solutions to the major issues the public faces today.” It has produced various public initiatives in areas such as redistricting, broadband expansion, policy brainstorming, mobility, affordability, etc.

The two groups are merging, under the COTMF banner, to produce “the combination of … in-depth reporting with Glasshouse’s innovative community engagement initiatives at the state and local levels [to] inform and connect more Austin residents with the policy and civic conversations that influence their lives.”

Former Austin American-Statesman reporter Dan Zehr, currently the Monitor’s publisher, will continue in that role and become executive director of the new foundation. According to the statement released last week, COTMF will create “a new, independent research organization, [a] metro-focused think tank … dedicated to deciphering the mix of complex factors that shape Austin’s growth and how they affect equity and opportunity for Central Texas residents.” Said Zehr, “With this combination, COTMF will bolster its in-depth news coverage and draw residents back into the policy discussions that affect their lives.”

The effort is being underwritten by Notley Ventures, which declares as its mission “to scale and support businesses, nonprofits, individuals, and programs making positive change in the world.” Notley's initial funding will underwrite the merged organization and its new research arm; COTMF is also launching a capital campaign to support the project.

Founding Monitor publisher Mike Kanin, now the publisher of the Texas Observer, serves on the foundation board. In past years, he has frequently spoken of building a local version of the nonprofit journalism model established by The Texas Tribune. "This combination represents an exciting evolution of the Austin Monitor and its mission,” Kanin said. “As local journalism continues to deteriorate across the country, this sort of innovation is just the sort of thing that's needed.” 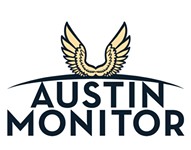