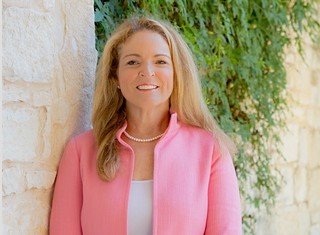 Although in real time, it’s very early – the primary elections are next March — in campaign terms, would-be Congressional candidates are scrambling toward a June 30 fundraising deadline that could help determine “legitimacy.” Both serious and wannabe candidates have begun filing their intentions with the Federal Election Commission.

The headline news last week was a high-profile non-announcement – former state Sen. Wendy Davis said she is still “three weeks away” from a decision on the CD 21 race – but the likelihood of her running, leaked by a friend, went national anyway. (“No Decision from Wendy Davis …,” June 7) If Davis indeed decides to run for the Democratic nomination to challenge one-term GOP incumbent Chip Roy, she won’t be alone. Sunset Valley resident Jennie Lou Leeder filed for the CD 21 race a month ago, and says that while she considers Davis a worthy opponent, she’s not backing down.

It’s not Leeder’s first Congressional run. In 2018, she was living in Llano, commuting to her job as head swim coach of the Circle C Select team, and chairing the Llano County Democratic Party. She challenged longtime GOP incumbent Mike Conaway in CD 11 – “the reddest district in the country,” Leeder says.

Leeder had no illusions about the campaign – she garnered only 18% of the votes – but saw her general election task as “pulling in more votes for Beto O’Rourke’s Senate race, and we did that.” She’s since moved back into CD 21, with a home in Sunset Valley as well as an historic family ranch in Kerr County. Leeder points to her personal connections throughout the district as sustaining her campaign, and says she retains an “urban and rural balance” that will play well in CD 21, which runs up from north San Antonio to western Austin along I35 (through San Marcos and New Braunfels), while also stretching out broadly into the Hill Country.

As a consequence of radical Republican gerrymandering, CD 21 is one of six Congressional districts that cross City of Austin boundaries, although none are anchored here. (Five are in Travis County; CD 31 is partially within the Austin city area of Williamson County.) Only CD 35 (San Antonio to Austin) is represented by a Democrat: Rep. Lloyd Doggett, unlikely to face serious opposition in 2020. In the others, candidates are beginning to declare interest.

In addition to CD 21, the district filings so far include:

CD 10: The district runs from Austin (with a northwestern spur as far as Volente), through eastern ranch country, to Houston’s northwest suburbs (Tomball/Cypress). The current, eight-term Republican incumbent is deep-pocketed Michael McCaul. Democratic nominee Mike Siegel, an Austin attorney, lost by 4% in 2018, and is making another run. He is currently challenged for the nomination by Dr. Pritesh Gandhi (Dell Medical School and People’s Community Clinic) and Austin attorney Shannon Hutcheson.

CD 17: This mostly rural district runs from Waco down through Bryan/College Station and west to Round Rock, and includes Pflugerville and a bit of north Austin. Republican Bill Flores has held the district since 2010; in 2018, Democratic challenger Rick Kennedy, a software engineer, lost by 16 points. Kennedy has filed to run again, and thus far is the sole Democratic candidate.

CD 25: Julie Oliver, who ran against four-term GOP incumbent Roger Williams in 2018 (losing by 8.7%), and is thus far the sole Dem filed. Oliver bested several Democrats to win the nomination, narrowly defeating Austin attorney Chris Perri in a runoff. She would face another uphill fight against Williams in a district that runs primarily through rural counties, from far southwest Austin north to the Fort Worth suburbs.

CD 31: This is the least gerrymandered of the six Austin districts, comprised of Williamson and Bell Counties, and including Temple and parts of Round Rock and Killeen. Republican John Carter has been the congressman since CD 31 was created in 2002. He needed little campaigning for 60% margins until 2018, when Mary Jane “MJ” Hegar mounted a stout challenge for a narrow loss (51%-48%). For 2020, Hegar has decided to take on Sen. John Cornyn, clearing the field for other Dems, the best known being Dr. Christine Eady Mann (defeated by Hegar in the 2018 primary). Currently, two Republicans have filed to challenge Carter: Temple football coach John Bohlin and businessman Abhiram Garapati. In addition to Mann, three others have filed for the Democratic nomination: Omar Kadir, who previously ran for Williamson County treasurer; Round Rock businessman Jon Curtis; and Hutto resident Jeremiah Landin.

Update Friday morning: Management consultant and tech entrenpreneur Donna Imam is expected to announce her candidacy for the CD 31 Democratic nomination in early July … and more names are circulating.

CD 35: Longtime Austin Democratic Congressman Doggett has been a perennial target of GOP redistricting. His current district is now population-anchored in eastern San Antonio and runs north along I35, to South and East Austin and Manor. He assumed this seat in 2012 (he’s served in Congress since 1995), and in 2018 he won more than 71% of the vote against nominal GOP opposition. One Republican, Ernest Anthony “Tony” Gonzales, has filed for this seat with the FEC.