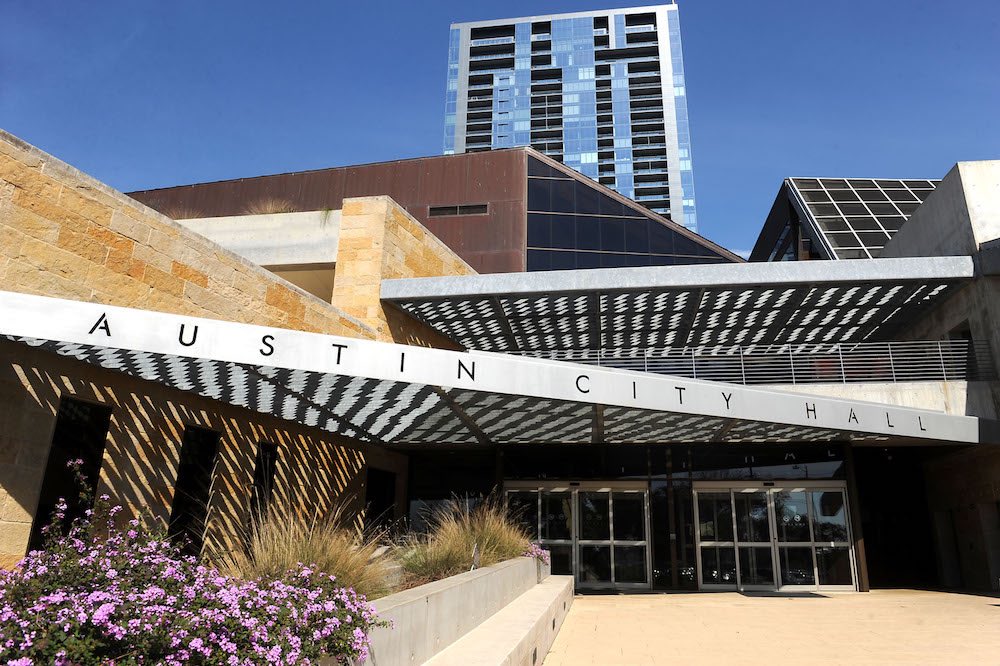 City Hall: Where the magic happens (Photo by John Anderson)

At its Thursday (June 6) meeting, City Council held a lengthy discussion on proposed changes to current city ordinances that seek to control behaviors associated with homelessness, in advance of a June 20 vote on a new draft ordinance.

Mayor Steve Adler and Council Member Greg Casar drove the majority of that discussion, aiming to clear up confusion among the public about the impact of the new rules.

Casar explained his intent, with the draft ordinance, is to decriminalize the unavoidable behaviors tied to homelessness: asking people for money, sitting on a sidewalk, or sleeping outside or in one’s car. Currently, police officers are able to issue citations if those actions are observed, regardless of how obstructive or endangering the person may be.

In an editorial in the Statesman earlier this week, representatives of the Downtown Austin Alliance, the Greater Austin Crime Commission, and the Austin Chamber of Commerce framed Casar’s proposed relaxation of current law as a threat to public safety and health. Adler thus offered amendments, agreed to by Casar, to the new ordinance’s language regarding panhandling and obstruction; instead of fully repealing the current panhandling ban, Adler’s amendment redefines “solicitation” as “aggressive confrontation,” so officers still would have means to address threatening or endangering behavior. Likewise, Adler amended the proposed new “no sit/no lie” and camping rules to cover someone camping “recklessly”in a public space, or rendering public property “impassable” in a way that makes use of the space “hazardous.”

In accepting Adler’s amendments, Casar agreed there would be “potential value” in clarifying that Council would not decriminalize threatening or harassing behavior. Austin Police Chief Brian Manley confirmed the draft ordinance would not strip officers of that authority, but said the community would need to provide clarity on how his officers should respond to various situations they could encounter. Adler referred to this as a “third bucket,” alongside public safety and public health, of issues related to homelessness: What should the police do if someone is camping outside of a business, but not causing a disturbance or posing an obstruction? How important is a person’s subjective discomfort or fear when encountering people on the street?

Adler noted the community should come back with its thoughts on that matter on June 20. Representatives from the Ending Community Homelessness Coalition (ECHO) said current “no sit/no lie” and panhandling ordinances must be modified, because when the homeless are cited, they often fail to appear in court, which leads to a warrant issued for their arrest. ECHO Executive Director Ann Howard said landlords can “viciously” screen out people in need of housing by searching an applicant's criminal history and using an active warrant as justification for denying a lease.

Going farther, Emily Gerrick, an attorney with the Texas Fair Defense Project, said the current ordinances were an “unconstitutional, ineffective, and inhumane” barrier to helping people transition out of homelessness. Gerrick and allies in the Homes Not Handcuffs coalition included those with lived experience; Steven James Potter said he has been homeless for years, and that Casar’s proposal would offer “sanctuary and a little bit of hope.” Potter also noted that increasingly, those he encounters are not always suffering from mental health issues, but are rather the victims of “a simple economic issue,” – the rising cost of housing in Austin. 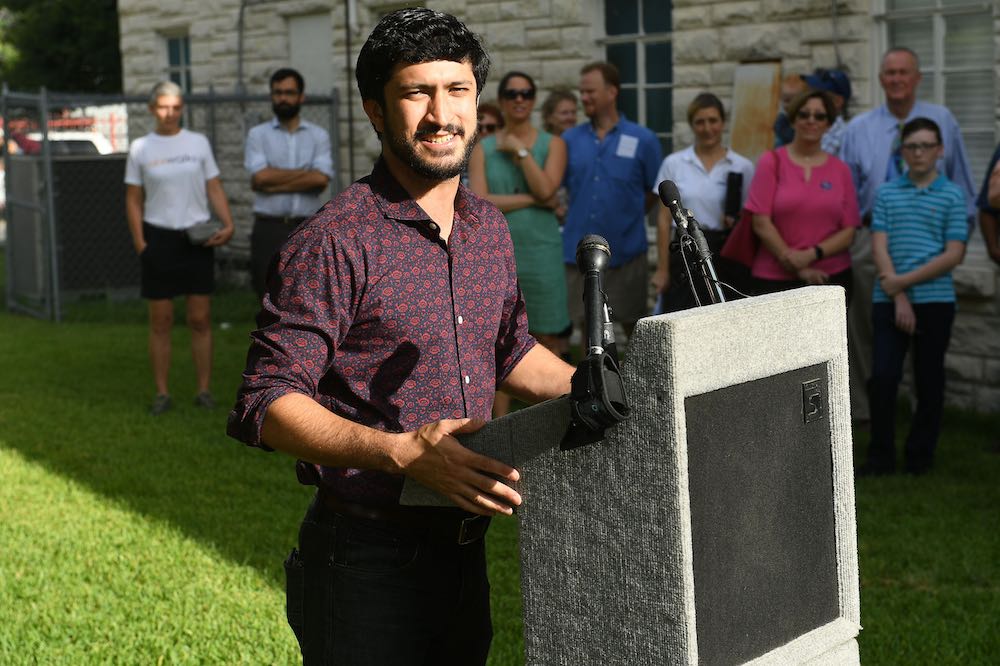 As the city commits itself to a housing-first approach to ending homelessness, the numbers of those who need immediate temporary shelter are growing. In response, CM Ann Kitchen brought a resolution directing city staff to proceed with the purchase of a new property to be used as a 50-to-100 bed shelter, at an estimated cost of $2.5 million per year to operate the facility. The item passed unanimously, with CM Natasha Harper-Madison off the dais. Along with that vote, City Council also approved $1 million to close a funding gap at the Salvation Army's new Rathgeber Center, located in East Austin. At Tuesday’s work session (June 5), CM Kathie Tovo said without the city donation, that 212-bed shelter for families and children would not be able to open at full capacity.

The most contentious action Thursday came late in the night over the Butler Pitch and Putt, an iconic Austin establishment that has been run by the Kinser family for 70 years. Lee Kinser, the course’s current operator, submitted an application to renew that contract, but left off a signature that disqualified her bid. Supporters rallied at City Hall to urge Council to restart the bidding process so Kinser could resubmit her application, expressing fears that new operators would change the “character” of the popular establishment. Anna Morales with Pecan Grove Golf Partners, the group recommended by staff and the Parks and Recreation Board, said she had no intention of changing the course beyond maintenance and improvement. “Butler is in a state of disrepair,” Morales told Council. “It needs love and attention.”

Kitchen, whose District 5 includes the course, and CM Jimmy Flannigan clashed over the issue, with Kitchen offering a motion to reject the current bids, extend Kinser’s contract by six months, and reopen the bidding process. Flannigan offered a substitute motion to postpone that decision to June 20, as two members of Council had already left the meeting (Adler and Harper-Madison). After some parliamentary wrangling, a new motion to postpone the vote to June 20 without accepting additional testimony passed 6-3 (Kitchen, Tovo and CM Leslie Pool voting against).

Did you notice “June 20” repeated in this post? Throughout the day, and especially as night fell, Council voted to postpone many items, for various reasons, including to give staff more time to understand the city’s long term budget forecast with new revenue caps approved by the Texas Legislature. Before the meeting adjourned, City Manager Spencer Cronk estimated the June 20 meeting -- the last scheduled before Council’s traditional summer break -- could have well over 170 agenda items, so he threw out the idea of hearing some items on Wednesday, June 19. Two council meetings in one week? We must be dreaming.

Among odds and ends that won’t be on the June 20 agenda: A zoning change requested by Austin FC was also approved unanimously – with one-time stadium opponent Pool offering the motion to approve. The new overlay will allow the soccer team to build housing on-site at its new McKalla Place campus, as well as permit the stadium to reach 130 feet in height. Council also approved, on consent, a resolution brought by Pool to explore the impact of a boycott against the state of Alabama over the restrictive abortion law they recently passed. Cronk is to return with more information on the boycott and recommendations for how to implement it by Aug. 28.