No sooner had City Council resolved to move forward with expanding the Austin Convention Center than a petition was created to halt that expansion. 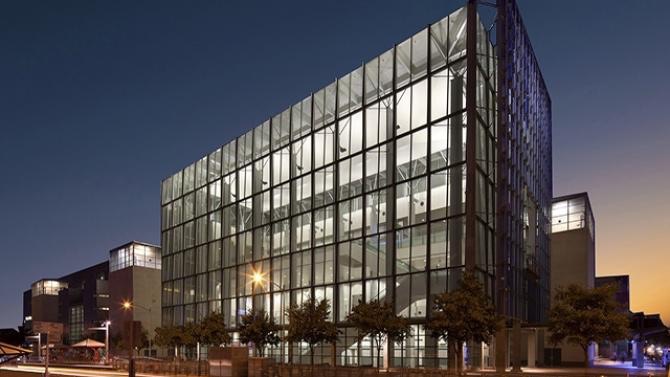 On Thursday, May 30, the day the Council took action, Austin Independent Business Alliance Executive Director Rebecca Melançon sent out an email stating her – but not the alliance’s – opposition to the expansion. (“While I may be against expansion,” the email notes, “out of respect for all our members AIBA is not taking a position.”)

Melançon joins Save Our Springs Alliance among opponents of the still-embryonic project, which Council advanced unanimously. (*John Riedie, Tourism Commissioner and CEO of Austin Creative Alliance, has expressed opposition to increased public investment in the convention industry, but tells the Chronicle he "does not oppose expansion.") The emerging coalition’s petition calls for a public vote before Austin spends “billions of your dollars,” as Melançon claims in her email. The Convention Center was built in 1992, expanded in 1998, and would be expanded in the future using bonds backed by hotel occupancy tax, “paid by tourists, not by local taxpayers,” writes Council Member Jimmy Flannigan in a blog post countering Melancon’s claims.

State law is very restrictive regarding how cities can use local HOT revenues. In Austin, hotel bills include both state (6%) and city (9%) HOT. Of the city’s portion, a little over half the revenue is pledged to repay Convention Center construction bonds; the remainder is split roughly evenly three ways, between Visit Austin (the city’s convention and visitors bureau, which markets Austin worldwide, particularly to meeting planners), cultural arts funding, and historic preservation funding. The latter two uses are capped.

Proposals for expanding the Convention Center assume an increase to the HOT – which can go up to a total of 17% – to fund new bonds, as well as speeding up repayment of existing debt, for what could be a more than $1 billion project cost. In addition, the local hotel industry has agreed in principle to levy an additional assessment for a new public improvement district to fund homelessness services, in return for the city’s moving forward with Convention Center expansion.

The petition seeks to mandate, rather than simply allow, that 15% of Austin’s local HOT revenue go to cultural arts and another 15% to preservation. Additionally, it proposes limiting the share of HOT revenue available to the Convention Center, in a move that seems on its face to be against state law. Specifically, the opponents propose to limit Convention Center funds to “revenue generated solely from documented hotel room rentals by convention delegates and registrants of events held at the Convention Center during the prior fiscal year.”

Flannigan insists the city is already allocating the “state-allowed maximum” of 15% to cultural arts and preservation, and that the only way to increase the total HOT dollars flowing to those uses is by raising the HOT for an expansion. Allocating HOT revenue to different facilities used by tourists – “venue projects” under a separate chapter of state law – “does not allow that 30% carve-out,” he writes.

Melançon and Flannigan disagree over most of the numbers in their respective analyses. The AIBA email states that Convention Center produces just 4% of the city’s tourists, yet collects 70% of the “public tourism finding [sic].” However, Flannigan asserts, using data from the state travel office (within the Office of the Governor), that of the “30% of travelers that can be grown through spending HOT” – that is, the tourist trade, as opposed to family or corporate travel – “54.3% is related to the convention and meeting business.”

As Flannigan told the Chronicle, he supports expansion as “the only way we can increase annual funding to arts, music, and heritage preservation, and generate $4-10 million a year to address homelessness without raising property taxes. Which, by the way, the legislature has severely restricted what we can do with property taxes, too,” referring to the 3.5% “revenue cap” imposed by the Legislature in the just-passed Senate Bill 2.

Editor's note: This story has been amended since publication, which originally stated that Austin Creative Alliance opposed the expansion, in fact, only their CEO John Riedie has come out against increased public investment in the convention industry.