Richard Troxell explains the story of “The Homecoming” sculptures. (Photo by Lilli Hime)

Operating since 2015, Community First! was chosen to receive the memorial in recognition of their exemplary model for supporting people experiencing homelessness. As a master-planned community, the Village provides not only affordable permanent housing, but also a wealth of resources and services as well as a supportive community to those emerging from chronic homelessness. During his keynote speech, Donald Whitehead of the National Coalition for the Homeless spoke to the necessity of memorials, describing them as a way to humanize homelessness and referring to both his and HtH co-founder and president Richard Troxell’s personal experience being homeless. 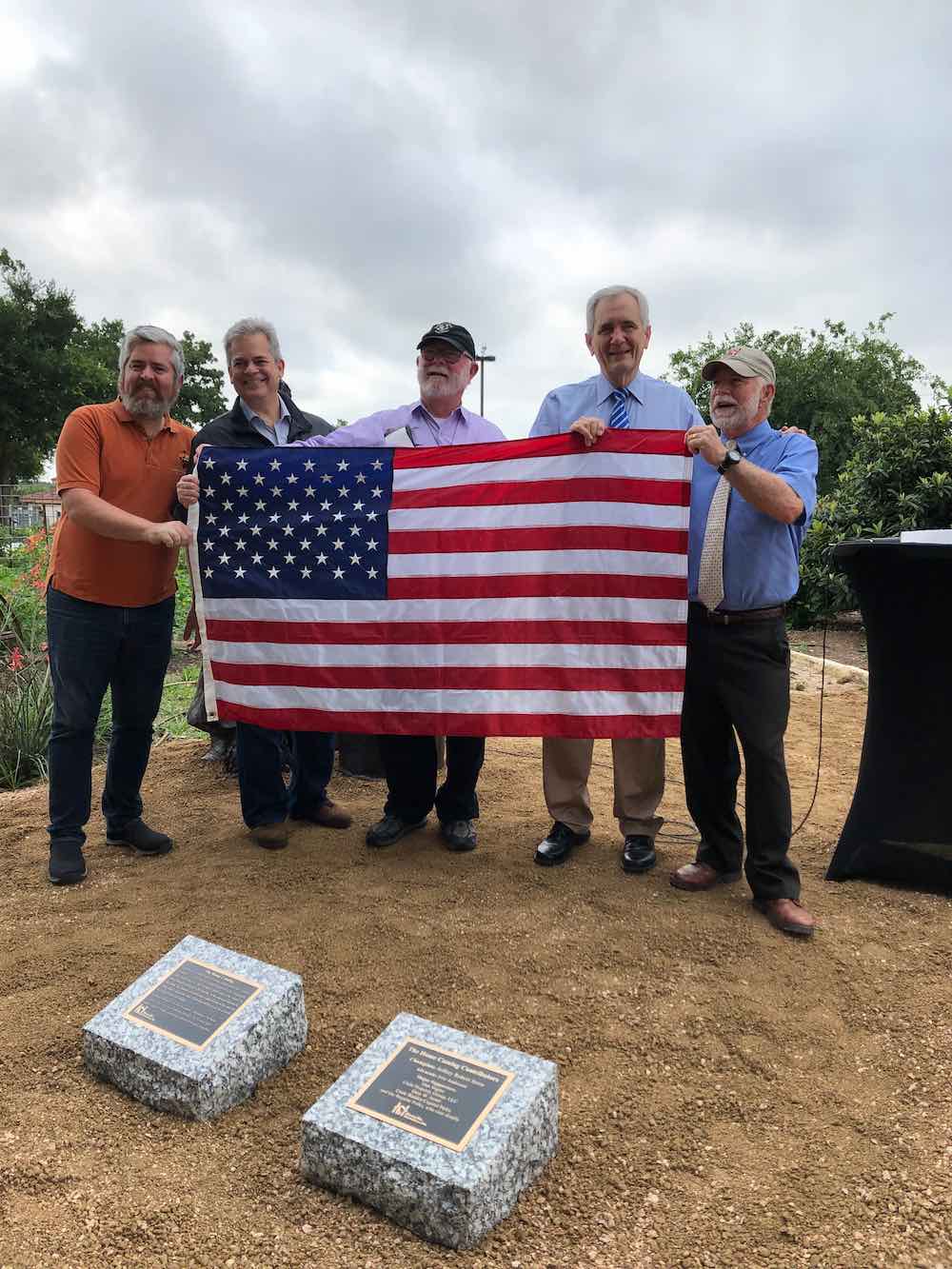 “It’s not immoral to be homeless,” Whitehead said, addressing the stigmatization of people experiencing homelessness as criminal or dangerous. “It’s immoral to ignore homelessness. With symbols like this, we can help people understand that homelessness is a reality that’s caused by a society that ignores the least of us.”

The statues depict a veteran and his daughter inviting a passing woman, also homeless, to warm herself by their fire, explained Troxell. He discussed the National Coalition for the Homeless’ plan to place twin sculptures in Washington, D.C., with a QR code that will direct people to read the characters’ backstories, as well as a drone fly-over view of Community First!, modeling “the way we need to take care of our homeless.” Troxell’s ultimate hope is that the QR code will help other cities discover Austin’s Community First! and see it as a model to mimic in their own attempts to address homelessness.

Also in attendance, Rep. Lloyd Doggett joined Mayor Steve Adler and Council Member Jimmy Flannigan to present a flag, flown over the Capitol in honor of “The Homecoming” statues. They also paid tribute to the efforts put forth by both Troxell and Community First! founder and CEO Alan Graham to house the homeless.

“On those street corners right now,” Graham said, “in the most distressing disguise that you will see, are these beautiful little embers. If we will go into that environment as a community, lift them out, pour the fuel, the oxygen, the life on those embers, what you will find is a Community First! Village everywhere.”