Women would be forced to give birth to non-viable fetuses 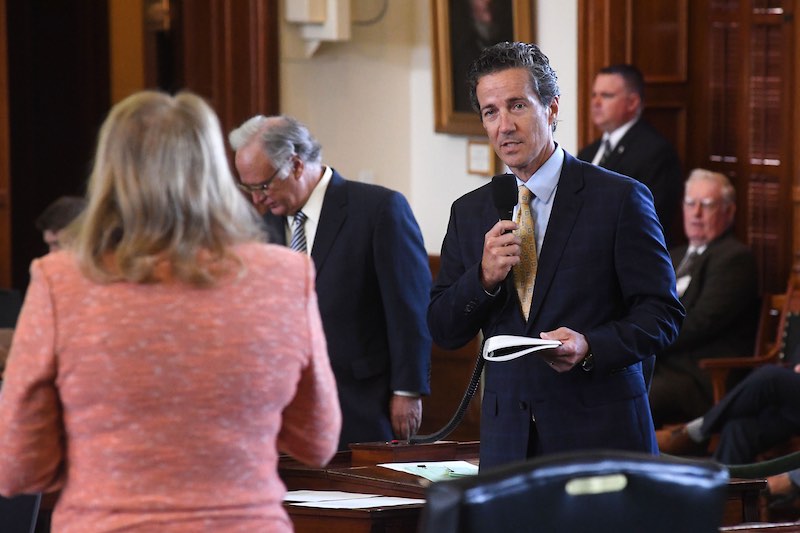 Sen. Kelly Hancock, R-North Richland Hills, doesn't think women should have the option to choose abortion after 20 weeks even if their fetuses will die shortly after birth. And the GOP-dominated Senate agree. (Photo by John Anderson)

The Texas Senate is just fine with forcing women to carry a fetus – likely to die shortly after birth – through a pregnancy, regardless of what a woman chooses for herself.

SB 1033 by Sen. Kelly Hancock, R-North Richland Hills, would do away with an exception in the state’s 20-week abortion ban that currently allows pregnant women facing severe fetal disease or disability – an already traumatic event – to undergo abortion. In an attempt to show concern for women’s mental health, Hancock’s bill would also require women to be informed of “perinatal palliative care” programs.

“Your intention is, in fact, to force the woman to carry a fetus that has no chance of survival,” said state Sen. Jose Rodriguez, D-El Paso, pointing to irreversible, fatal, or terminal conditions, including lack of brain growth and organs growing outside body cavities. “It is sheer cruelty to deny this woman her constitutional choice.”

During the 2017 session, Rep. Matt Schaefer, R-Tyler, attached an amendment to anti-choice bill SB 8 that would have attempted to do the same thing. While major anti-choice group Texas Right to Life supported the measure, Texas Alliance For Life opposed it due to its low likelihood of being upheld in the courts. In the end, the amendment proved too radical even for conservative politicians and failed to pass the House.

Sen. Nathan Johnson, D-Dallas, warned Hancock that similar legislation has faced constitutional challenges at the appellate court level. “Are we prepared as a state to spend $4 to $5 million on appeals?,” asked Johnson. “I question that investment, it needs to be something that brings benefit.”

The Republican’s entire argument hinged on not the consensus of the medical community (the Texas Chapter of the American College of Obstetricians and Gynecologists opposes the legislation) but a single study from Duke University that found that women who received abortion after a life-threatening fetal diagnosis dealt with a higher degree of depression than those who continued with the pregnancy.

When Johnson asked Hancock if the study examined long-term effects on women, Hancock, despite resting the bulk of his bill on the university paper, didn’t know. “My ability to place policy based on that study is infirm,” said Johnson. “Neither one of us really knows, and we’re passing a law here, and it’s a big one.”

SB 1033 would also bar “discriminatory” abortions based on the race, sex, or disability of a fetus. It penalizes physicians who participate in such discrimination with revocation of their medical license and up to one year in jail. However, no evidence suggests this problem exists in the state. And, as Johnson noted, a physician would just be carrying out orders of a patient, who could simply not disclose the reasons (discriminatory or otherwise) for their abortion procedure.

“I think this is a vehicle for the persecution of people practicing a lawful profession,” said Johnson. “There are no studies that show anyone in Texas actually does this.” When in doubt deflect, and Hancock certainly did when presented with such glaring logic, reverting back to his palliative care provision, which was wholly unrelated to the Johnson’s specific concerns.