The Growing State of Downtown 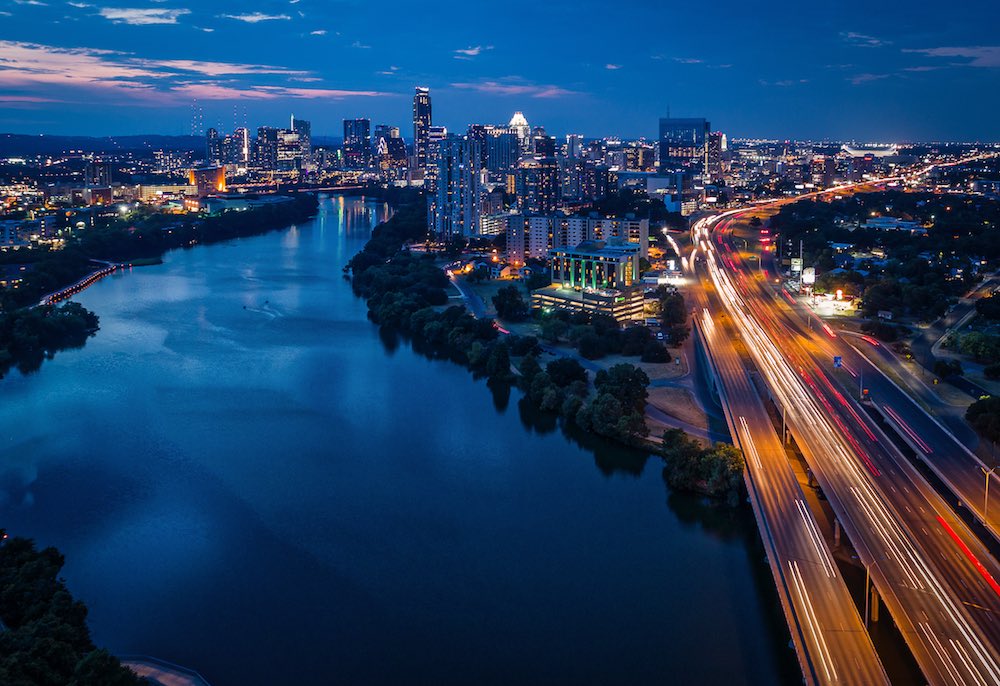 At an event dubbed the Future of Downtown held Tuesday afternoon at the Central Library, the Downtown Austin Alliance (DAA) presented its first ever “State of Downtown.” An accompanying report compiled by the DAA provides a snapshot of economic, cultural, and policy issues that impact the region, as well as the city-at-large.

Released today, the inaugural report comes a year after the DAA released their “downtown vision” for the area’s growth through 2039, and is intended to serve as an annual status update on progress made toward the vision plan’s goals.

DAA takes an expansive view of Downtown, defining it roughly as the part of the central city bordered by Martin Luther King Jr. Blvd. on the north, Lady Bird Lake on the south, I-35 on the east, and Lamar Blvd. on the west. The report is filled with statistics illustrating the region’s role as the city’s “economic engine,” noting that although Downtown only accounts for about 0.5% of Austin’s total land area, it generates about 10% of the city’s total assessed value. The area brought in more than $540 million in tax revenue for the city in 2018, with 47% of all hotel taxes and 10% of sales taxes.

Mayor Steve Adler told the Chronicle that those numbers point to the impact Downtown growth can have throughout the city. “When people tell me they want a pocket park in their neighborhood, I tell them they should be thanking Downtown condo owners,” Adler said. “That’s where a lot of the revenues come from that fuel projects and programs for our entire city.”

The report also highlights the explosion in development the region has seen in the last two decades, noting that Downtown has hit just over half of its development capacity under existing zoning regulations. In that time, more than 35 million square feet of development has been completed, with nearly 40% of that going to residential space. And even more development is coming: The report counts 26 projects currently under construction, with 32 others planned. All told, the completed and planned projects would result in 6,387 housing units, 2,970 hotel rooms, and more than 370,000 square feet of restaurant and retail space.

“When people tell me they want a pocket park in their neighborhood, I tell them they should be thanking Downtown condo owners,” Mayor Steve Adler said. “That’s where a lot of the revenues come from that fuel projects and programs for our entire city.”

But with all of that development, the question inevitably arises: Who will get to enjoy it all? The report says that Downtown households mostly consist of “single, young professionals” with a median household income of $110,000 – which is more than double the median family income for the rest of Austin. The report also notes that “along with incomes, home values have grown by 500% since 2000.”

All of this means that for most of the city’s residents, living Downtown is out of the question. Adler said Texas does not permit city leaders to enact policy tools – such as rent control ordinances – that could make the region affordable for the average Austin resident. But Adler said there were still steps the city could take to “increase mixed-income opportunities” Downtown, such as using bond dollars from the Prop A affordable housing bond to subsidize housing prices in the area, or crafting a revised land development code that would offer more entitlements for developers in exchange for the inclusion of affordable housing in future projects.

DAA president De Peart acknowledged that overcoming the natural market pressure that makes Downtown unaffordable would be next-to-impossible. However, Peart said that the research DAA conducted for the Downtown vision plan indicated that the unaffordability of Downtown living would not be as much of a problem if the amenities offered Downtown were accessible to everyone. “The feedback we got about Downtown was, it’s not necessary for everyone to live Downtown, but everyone wants access to Downtown.” Peart and Adler were also in agreement that increasing density Downtown made sense. “If Council wants to be bold and say Downtown should have more capacity, we could build more space,” Peart told us. And Adler said he was “absolutely” in favor of increasing housing density Downtown.

Peart pointed to the DAA’s management of Republic Square Park, located at 5th and Guadalupe, which offers a variety of free programing and events, as one way the city can make Downtown amenities available to all. He said the effort DAA has put into making that public space available to all Austin residents would be a model for growing other parks and public spaces in the region.

But for people who don’t live Downtown to access those amenities, they need a way to get to them, which is why the report points to mobility as the “single biggest factor” in achieving the “full potential” of a developed Downtown. The Austin Strategic Mobility Plan, Project Connect, and CodeCRONK will all play a pivotal role in reducing the number of single-occupancy car rides taken Downtown (currently, 80% of workers who commute downtown drive alone, while 61% of those who live Downtown do the same), and growing transit options throughout the city will make it easier for more residents to access Downtown.

The Future of Downtown event also saw the launch of a new charity backed by the DAA, The Downtown Austin Alliance Foundation, which will support “transformational projects” outlined in the Downtown vision plan. Peart could not share details on any of the foundation's planned projects, but said that an announcement on one could be expected soon.