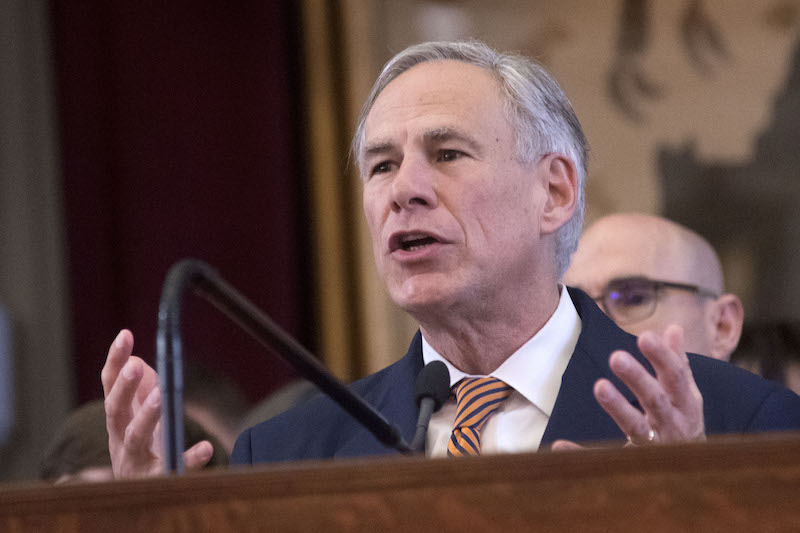 It was billed as the session focused on nuts and bolts and not red meat, but the GOP-controlled Texas Legislature just can’t resist an opportunity to restrict your constitutionally protected right to abortion care. Lawmakers are doubling down on outright lies and misinformation to push their bad bills – but don’t buy into the propaganda.

Here are the top five myths lawmakers have been – and still are – spewing this session when it comes to reproductive rights:

“The growing support for infanticide demonstrates a monstrous disregard for basic human dignity, and it is vital that we take a stand on behalf of unborn children and abortion survivors in the state of Texas.” – Gov. Greg Abbott mid-way through the legislative session

If you relied on the rhetoric from our Governor or any of the anti-choice politicians that masquerade as health champions, you’d think women or abortion doctors were murdering infants left and right after failed abortions. This dangerous and grotesque narrative stems from the right wing’s inflammatory push to falsely cast abortion as frequently occurring right before or even at the time of birth, as President Trump has implied. (“The Democrat position on abortion is now so extreme that they don’t mind executing babies AFTER birth....” he Tweeted in February.) In reality, the majority of abortion procedures happen much earlier on – two thirds occur at eight weeks or earlier, while 89% happen in the first 12 weeks, according to the Guttmacher Institute. Nationally, just 1.3% of abortions occur at or after 21 weeks, according to CDC data ( those are largely due to severe health risks for the fetus or the mothers). In Texas, abortion is already illegal in all but rare instances after 20 weeks; there have been zero recorded instances of live births following an abortion in Texas, according to Texas Health and Human Services Commission data.

Lawmakers have built misguided legislation on that false national narrative, with a duo of bills dubbed the "Texas Born-Alive Infant Protection Act" (HB 16 and SB 23) which impose severe penalties on doctors who don’t abide. Offending doctors could be slapped with a third degree felony, face a lawsuit, and a civil penalty of at least $100,000. In effect, the bills would interfere with the doctor-patient relationship and cast a chilling effect on doctors who may fear politically motivated pushback.

And if you don’t want to take our (or a politician's) word for it, listen to actual doctors: One of the nation’s leading OB-GYN groups staunchly criticized the legislation.“This bill is not based on science or reality and is overwhelmingly opposed by the medical community,” writes The American College of Obstetricians and Gynecologists. “The idea that physicians deliver and then kill or neglect treating a viable fetus is unfounded and dangerous misinformation...This bill is looking for a solution to a problem that simply does not exist.”

"The U.S. Congress failed to protect these babies born after a failed abortion, but we are going to do what is right, in a Texas way." – Sen. Lois Kolkhorst, R-Brenham, author of SB 23

Not only are the bills based on a false narrative (see above) they’re legally redundant. A 2002 federal law called the “Born-Alive Infants Protection Act,” passed under George W. Bush, already makes clear that any infant born after a failed abortion will be granted the same rights as a person and punishes doctors with criminal liability if they do not provide lifesaving care. Additionally, section 151.002 of Texas’ Family Code states that, “a living human child born alive after an abortion or premature birth is entitled to the same rights, powers, and privileges as are granted by the laws of this state to any other child born alive after the normal gestation period.” So what’s the point of the legislation here in Texas? To shame women, intimidate abortion doctors, and inject politics in a health procedure. 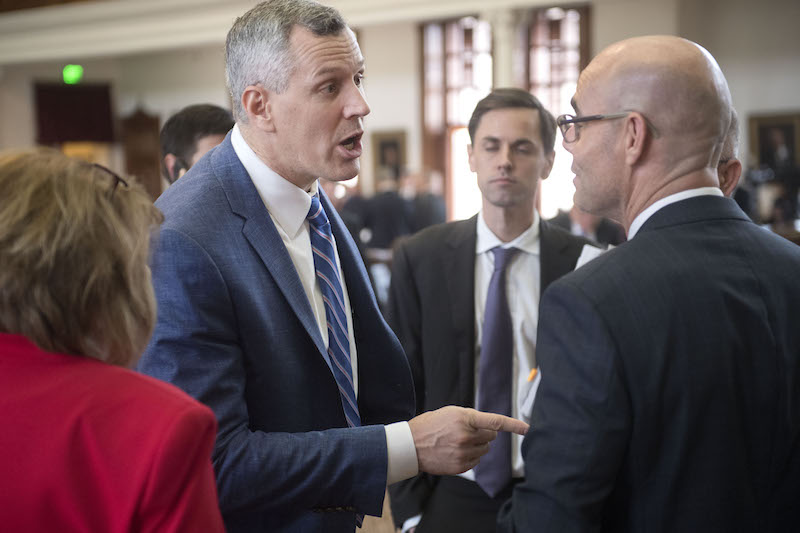 MYTH #3: An “unborn baby” is viable when a “heartbeat” is detected.

“When you have a heartbeat, you have a life, and we should honor that life at all cost.” – Rep. Briscoe Cain, R-Deer Park, author of HB 1500

Let’s get the ideological rhetoric medically accurate first: a fetus or embryo is not an “unborn baby” and cardiac activity is not a “heartbeat.” Cain’s bill would ban abortion after embryonic cardiac activity is found, which occurs typically around six weeks, before most women even realize they are pregnant. Some doctors dispute this, saying what may sound like a heartbeat at six weeks could be the motions of “developing tissues that could not on their own power a fetus without the mother,” according to an article published in the Atlanta Journal-Constitution. Before six weeks, it can be difficult to tell if a patient has a complication like an ectopic pregnancy, which can put a woman at risk if not dealt with, even if the embryo has a “heartbeat.” “In the event of an ectopic pregnancy or miscarriage, I wouldn’t be able to help until it becomes life threatening,” wrote Daniel Grossman, reproductive sciences professor and investigator with UT’s Texas Policy Evaluation Project. “Waiting to intervene would put a patient at risk the ectopic rupturing, or continuing a painful miscarriage, and put a patient at risk of heavy bleeding and infection.” Not based on sound science, Cain’s bill would effectively outlaw the majority of abortion care and put women’s lives in jeopardy.

MYTH #4: Local governments like Austin are “subsidizing” the abortion industry.

"Senate Bill 22, authored by Sen. Campbell, will continue Texas' commitment to defend the most vulnerable in our society and preserve the sanctity of life,” – Lt. Gov. Dan Patrick

If you listen to the debate surrounding Senate Bill 22 you’d think Austin is single-handedly funding abortion care in the state. Don’t buy into it. Campbell’s SB 22 (and counterpart HB 1929) would bar transactions between a government entity and an abortion provider or affiliate, a direct attack on the city of Austin's longtime (since 1974) nominal $1-a-year lease agreement with Planned Parenthood for its location on E. Seventh St. But Campbell's bill does nothing to stop abortion care despite her harsh rhetoric – the PP center doesn’t offer abortion. Rather, lawmakers are attacking a provider that offers low-cost basic preventive health care such as cervical cancer screenings, HIV tests, and birth control – which helps reduce the need for abortion (yes, the hypocrisy is absurd to us, too) – to low-income East Austin residents, as well as community education about contraception, teen pregnancy prevention, and public health vaccinations. It’s more accurate to say the city of Austin is giving a leg up to vulnerable, uninsured women who need access to basic health care – but where’s the political shock value in that?

"I look forward to the day when abortion ceases to exist in Texas, the United States, and around the world," – Rep. Tony Tinderholt, R-Arlington, author of a bill completely outlawing abortion

The perennial narrative among anti-choice Texas Republicans who don’t have their facts straight. Abortion is not only a well-regulated, safe procedure; it’s less dangerous than childbirth by some accounts. Women are 14 times more likely to die during or after giving birth than from abortion complications, a study published in the journal Obstetrics & Gynecology found. With very low major complication rates, getting an abortion is as safe as getting a colonoscopy. And consider this: In countries where abortion is completely banned or only allowed to save the woman’s life or maintain her health, only one in four abortions were safe. However, in countries where abortion is legal, nearly nine in 10 abortions were safe, according to the Guttmacher Institute. Restricting access doesn’t reduce the number of abortions, it just pushes women into unsafe, unregulated procedures that could result in death.

Despite that reality, lawmakers have filed drastic and extremists bills that outlaw abortion, including HB 2434 by Rep. Matt Schaefer, R-Tyler, which would remove the exception found in the state’s 20-week abortion ban for fetal disease or disability, including severe impairments that could result in infant death soon after birth and Tinderholt's HB 896, which would force abortion-seeking women to face the death penalty, underscoring how sincerely pro-life lawmakers truly are.