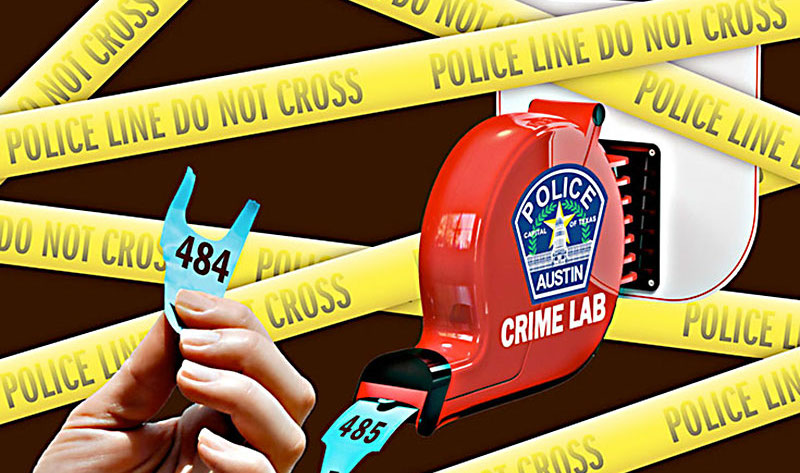 Borchardt, who says she was strangled, kidnapped, violently raped repeatedly over the course of several days in January 2018, joined the class action suit in August. She is one of eight local sexual assault survivors who have accused the defendants of failing to provide equal protection for women survivors of rape and, ultimately, violating their rights under the Fourth and Fifth Amendments. In December, Federal Judge Lee Yeakel heard defendants’ motions to dismiss, but has not yet ruled on the case.

In May 2018, a detective with the Austin Police Department informed Borchardt that Montford refused to proceed with her case because the alleged rapists claimed the sex was consensual. According to Monday’s filing, Borchardt was never interviewed by Montford, nor had she been allowed to provide a formal statement to APD – though her rape kit was tested and contained a positive DNA match to one of the accused men. (The kit also documented multiple bruises and strangulation marks.) Ten days after receiving this update, APD detective Dennis Goddard allowed Borchardt to give a two hour formal statement, which was taped. The filing insists Borchardt never once indicated the assault was consensual and instead recounted that she said no, attempted to fight back, and – upon learning that one of the rapists had a prison record for murder – lived in fear that she would be killed. (It also alleges APD failed to collect security camera footage from the motel where she was held and raped.)

Last July, Borchardt, for the second time, was told the D.A.’s office would not proceed with her case. (The suit alleges her case was declined because “her head contusion did not have ‘bone splintering or fracturing,’ and the bruising from the strangulation, which Goddard had previously called a ‘hickey,’ ‘was not big enough.’”) In response, Borchardt’s friends and family members began reaching out to local officials including Montford seeking answers. Monday’s filing then alleges that “on or about” September 14, 2018, Montford returned a call to one of Borchardt’s family friends.

The call, according to the filing, lasted 38 minutes during which Montford “repeatedly made knowing false statements” about Borchardt. Allegedly, telling the friend that Borchardt “admitted” the rapes were consensual; provided a written statement to APD confirming the rapes were consensual; was relieved prosecution was declined, and that she “did not want her family to learn the ‘truth’ about the rapes.”

However, none of the statements provided by Montford, according to the filing, are “true and each of them is disproved by the police file and the audio recording of Ms. Borchardt’s formal statement to the APD.”

If the depositions from Montford, Moore, and Shea are approved, the filing claims Borchardt, who currently resides in Corpus Christi, will be able to fully investigate her potential claims to determine whether Montford – or others – have “knowingly and maliciously defamed her to third parties,” and “intentionally and knowingly” harmed her. Ultimately, it will help her determine the proper parties for “any lawsuit and the scope of her potential damages.”

Along with the depositions, Borchardt has also requested the court to require the D.A.’s office to produce phone logs for the office and personal phones of Montford, Moore, and Shea from January 19, 2018 to the present; any and all communications to or from those three regarding Borchardt or her sexual assault case, as well as any communications with third parties about any of the plaintiffs from the lawsuit. Additionally, it asks for any formal or informal policies, procedures, or protocols used or maintained by the D.A.’s Office regarding communications to or from APD – and third parties – about adult sexual assault cases and adult survivors; policies, procedures, or protocols regarding confidentiality obligations owed to adult survivors; any formal or informal trainings provided by the DA’s Office regarding confidentiality obligations owed to adult victims of sexual assault and/or communications with third parties regarding adult survivors. Lastly, it also asks for documents reflecting any review of Borchardt’s case by any member of the D.A.’s Office. Borchardt has also requested a hearing.