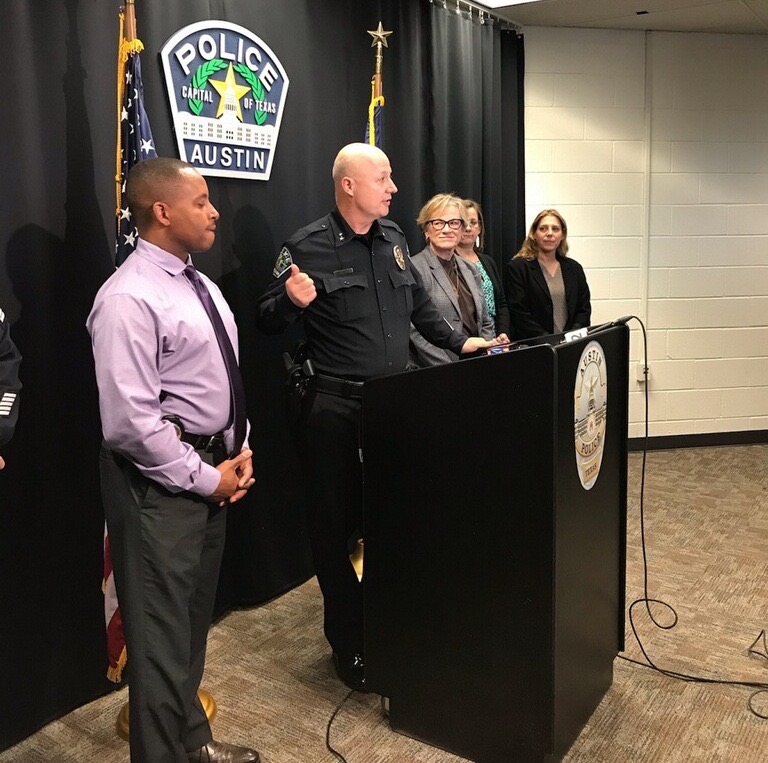 Austin Police Department is now reporting that all four suspects in the attack that hospitalized Spencer Deehring and Tristan Perry on Jan. 19 have been arrested. All have been charged with two counts of second degree aggravated assault, and bails have been set for each suspect at $150,000, for each charge.

A second arrest has been made in connection with the suspected hate crime, which occurred near the Fourth Street gay bar strip in the early morning of Jan. 19. Austin Police made the announcement Tuesday afternoon at a press conference with District Attorney Margaret Moore and two members of her staff who sit on the Hate Crimes Task Force. Assistant Chief Ely Reyes called hate crimes “very serious” and said they “will not be tolerated” in Austin.

Like Frank Macias, who was arrested last night, Quinn O’Connor has also been charged with two counts of aggravated assault. The two were identified by name to Crime Stoppers. The same charges have been filed for two additional suspects: Macias’ brother Miguel and Kolby Monell. They have not yet been arrested.

Moore, who applauded APD’s commitment to catching the suspects, said she believes her office will pursue a hate crime finding. If approved by the grand jury, the second degree felony charges will be bumped up to first degree.

Moving forward, Reyes said APD has expanded its Downtown walking patrol, currently focused on Sixth St., to include the Fourth St. area. A group of LGBTQ community members and allies have also created the Rainbow Patrol, a grassroots group to escort LGBTQ folks on weekend nights. The patrol, which aims to use de-escalation tactics to help avoid future attacks, started in response to Deehring and Perry’s brutal beating last month. Reyes likened the group to a neighborhood watch, and said the community is law enforcement’s “eyes and ears out there.”