Frank Macias being charged with two counts of aggravated assault 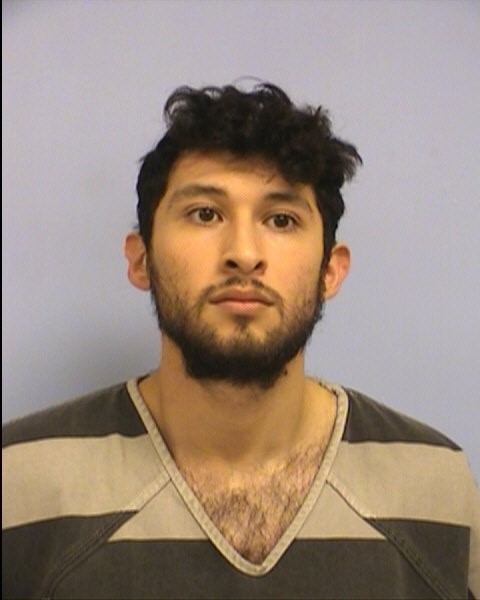 Scott Neal, president of Rain on 4th and managing member of Oilcan Harry’s, and both bars’ director of operations Scott Perciful addressed a small crowd of reporters Tuesday afternoon following the arrest of Frank Macias for the January 19 attack on Spencer Deehring and Tristan Perry. The two iconic gay bars released a $5,000 reward just days after the incident; today, that reward totals $13,000, thanks to contributions from other local businesses. Neal said they want to “make clear” that local businesses and the LGBTQ community “will not stand by when one of us is threatened.” The reward, he said, helped send that message.

Frank Macias has been arrested in connection with the January 19 attack on Spencer Deehring and Tristan Perry that occurred in Downtown Austin.

Macias is currently being charged with two counts of aggravated assault, a second-degree felony, but the case is still being investigated as a hate crime. If hate crime charges are brought and Macias is found guilty, he could face a longer sentence.

Last month, Deehring told the Chronicle he believed he and his boyfriend were targeted for holding hands as they left Rain, a busy gay bar on Fourth St., in the early hours of Saturday morning. Deehring recalled a man yelling a homophobic slur, to which he and Perry verbally responded as they continued to walk to their car. The man allegedly called over several more people who continued to verbally assault the couple before one of them punched Perry in the face, breaking his nose and dropping him to his knees. Perry was punched and kicked in the head several more times before Deehring jumped in. Both men were beaten unconscious and taken to the emergency room after a bystander called 911.

According to KXAN, Macias is 22, from Georgetown, and was identified by both Deehring and a witness. Perry, who suffered a major concussion with minor internal bleeding, has little memory of the attack. Several Downtown surveillance cameras captured the attack and managed to secure a picture of the presumed assailants. Three other suspects have been named, but it remains unclear if they’ve been arrested by Austin Police. KXAN also reports that Macias’ bail has been set at $300,000 with conditional release.

Both Rain and Oilcan’s (another gay bar on Fourth St.) originally offered a $5,000 reward for any information that led to an arrest. In the week following the attack, several other local businesses contributed to the reward fund, which reached $11,000. Scott Neal of Rain is expected to make a statement at 3pm today.