"They basically accused me of committing fraud" 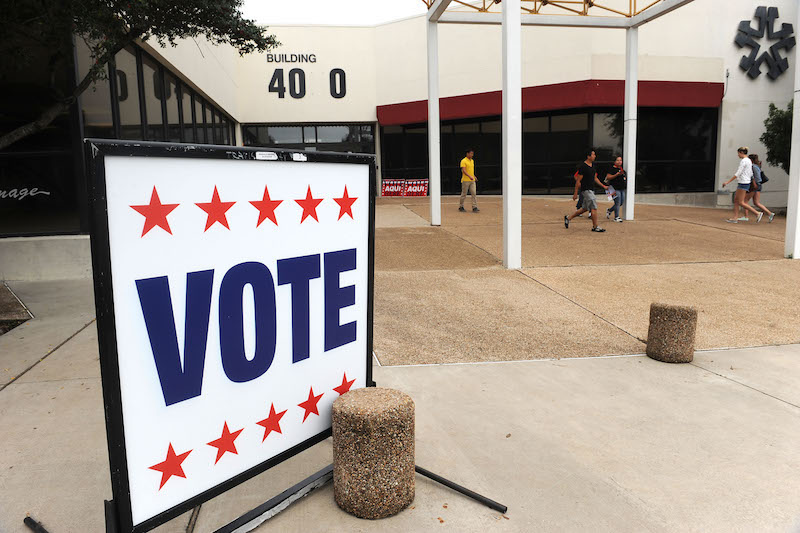 When Austin resident Julieta Garibay learned Texas Secretary of State David Whitley had released an advisory that as many as 95,000 non-citizens registered to vote, she immediately emailed the Travis County voter registrar office to see if the state erroneously slapped her name on the list. Sure enough, Garibay’s suspicions were confirmed.

As a Mexican immigrant who has lived in Austin on and off for two decades, Garibay renewed her driver’s license in September 2017, showing her permanent residency card to the Texas Department of Public Safety at the time. In April 2018, she became a citizen and two days later, registered to vote, fulfilling her “rightful duty.” Garibay says she was “shook” when she found out her name was flagged by the state as a potential non-citizen.

“I felt outraged. It’s so irresponsible and disrespectful. They basically accused me – and thousands of others – of committing fraud,” Garibay tells the Chronicle. “They did not do their due diligence, and instead pressed on with basically a lie.”

One filed in Corpus Christi by the Mexican American Legal Defense and Educational Fund (MALDEF) features Garibay and six other Latino voters, who believe the SoS “targeted” naturalized citizens and sought to “strip minority voters from the rolls.” The other filed in Galveston by MOVE Texas Civic Fund, Jolt Initiative, the League of Women Voters of Texas, and the Texas NAACP, represented by the ACLU, makes a similar case. “The Secretary of State’s purge treats those who have been naturalized as second-class citizens whose right to vote can be uniquely threatened and burdened solely because at some point in the past, these individuals were not U.S. citizens,” their complaint reads.

Rather than retract the advisory following this blowback, the SoS instead has failed to admit wrongdoing, and has largely avoided media requests, only telling some counties that some of the voters on the list should not actually be there. Meanwhile, Gov. Greg Abbott has predictably downplayed the fiasco, calling it simply a “work in progress,” even after President Trump and Texas Attorney General Ken Paxton had both vowed to stomp out the non-existent voter fraud the SoS “revealed.”

Grassroots advocacy group Common Cause has called on the Texas Senate to oppose SoS Whitley’s confirmation; while the former Abbott aide was appointed to succeed Rolando Pablos late last year, he still requires a nod from the upper chamber. “In just over a month on the job, Mr. Whitley has somehow already managed to generate amazing levels of confusion and frustration among local election officials, legislators and voters,” said Anthony Gutierrez, executive director. “This debacle has shown beyond any shadow of a doubt that Mr. Whitley has no business being involved with elections, much less serving as Texas’ chief election officer.

Travis County Voter Reg­istrar Bruce Elfant tells us he does not know how long it will take to fully complete the review but that his office is knee-deep in the tedious process of checking every last name. So far, out of the 4,558 names on the local list 1,301 have been removed, according to county data.

For residents like Garibay, the fiasco will be fresh on her mind come election day.

“There is no doubt this was politically charged,” she says. “I think the biggest lesson is that they [the GOP] know how important each vote is. So for those who can cast a ballot, remember to show them your power.” Live from the House
Regular updates from the swearing in