“We Were Very, Very Lucky”

City Council chambers were packed Saturday afternoon for a memorial/celebration of Gus Garcia, former mayor and longtime public servant, who died last month at the age of 84. Dozens of dignitaries were on hand, but the day’s moral and emotional focus was the life and career of the Man from Zapata. 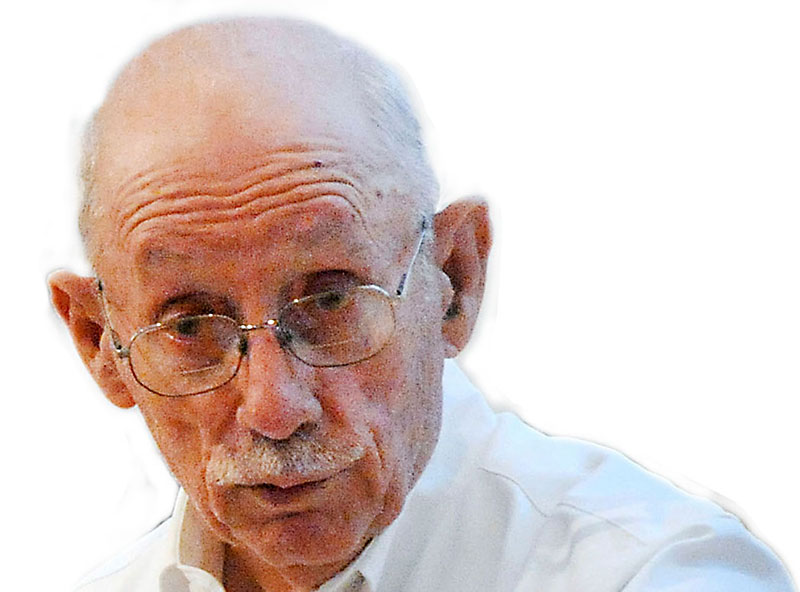 There were plenty of highlights in the two-hour ceremony, emcee’d by state Senator (and former mayor) Kirk Watson, but the most dramatic moments were two appearances by Garcia himself. As the program opened, Garcia, on video, delivered his 2003 “third retirement” speech, originally given upon expiration of his mayoral term. “Working in local politics is not a political job,” he told his audience, “it’s a public service job.” He quoted former U.S. House Speaker Tip O’Neill’s formula, “All politics is local,” and then urged his audience to continue to engage in public service. “Austin is a great city. Keep the faith. … Keep working to make it better.”

The second appearance was a bit more surprising. Garcia’s recorded voice was heard loudly and clearly singing “Cielito Lindo” with the Music Outreach Volunteer Entertainers Band (M.O.V.E.), with whom he regularly performed in his later years. At his urging, the band had recorded a CD in 2013, and his compadres played again behind him as he sang, “Canta y no llores” – “Sing and don’t cry” – a fitting sentiment for the occasion. Garcia’s cowboy hat was placed over an empty microphone, and many in the audience joined in the “ay yi yi” chorus.

That moment characterized the afternoon – a melancholy but joyous celebration of Garcia’s long career as an activist, organizer, public official, and mentor to many, many Austinites. One of his ongoing initiatives was support for the Asian-American community in its quest for greater local recognition, and Gopal Guthikonda, former president of the Network of Asian American Organizations, recalled that Garcia was both supportive and blunt in his counsel (“We wondered how he ever got elected!”) on the need to organize the project that eventually became the Asian American Resource Center.

“He was the father of our community,” said Guthikonda. “I have lost a father figure.”

There were dozens of dignitaries in the audience, from Congressman Lloyd Doggett to Austin ISD Supt. Paul Cruz – indeed, more than Watson could quickly remember to recognize: state legislators, a brace of former mayors, most of the current City Council and a handful of predecessors, and a dozen or so former Garcia staffers (among them Mark Yznaga, his first chief of staff, and Paul Saldaña, who had organized much of Saturday’s event). Also on hand was an honor guard of students of the Gus Garcia Young Men’s Leadership Academy, the AISD middle school of which Garcia was so proud. The program also featured a brief performance by the Ballet Folklórico de Texas, another Garcia favorite.

There were people from all walks of Austin whose lives had been touched by Gustavo Garcia. The recollections by those who knew Garcia best reflected a mixture of his political intelligence, personal generosity, and inveterate sense of humor. Wilhelmina Delco recalled initially nominating him for a vacancy on the Austin ISD board of trustees, over the objections of her colleagues, thus paving the way for his eventual election and his role in expanding the educational opportunities for Latino students. She also noted, “I wish he could have seen this crowd – he would never have stopped bragging about it.”

Watson and Mayor Steve Adler recalled Garcia as an indispensable ally and mentor, while also noting that he never hesitated to let them know when he believed they had taken a wrong turn. Adler recalled Garcia as an “incredibly strong, strategic, and humble leader. … Everything in this city has his fingerprints on it,” he continued, “and no leader in this city was more loved.”

So it went throughout the string of brief, heartfelt encomiums. His eldest grandson, Tony Garcia, recalled hours spent in conversation when his grandfather would interrogate him on his grades and teach him new words in Catalan Spanish. Another grandson, Aaron, played a favorite song – “Danny Boy,” of all things – on electric piano. Gloria Mata Pennington recalled with joy and humor road trips to Saltillo (Austin’s sister city) with Garcia and her late husband Mel, and Garcia’s solidarity with marginalized communities (e.g., the early Gay Pride Parade marchers) and even Republic of Texas bikers.

“He always seemed to be where we needed him,” she said, “when we needed him the most.” Others added similar stories: former City Manager Jesús Garza (Garcia “always appealed to our better angels”); Armando “Blue” Delgado, a volunteer at the Gus Garcia Recreation Center (“If you want to lead,” Garcia told him, “open your heart to people”); Rudy Mungia of the M.O.V.E. band (“He opened AISD doors to minority principals”).

Mungia also reported that Garcia is listed on the 2013 CD as a “Chicken Dance Specialist.” Watson regretted wryly that he had never known that detail while Garcia lived; teasing him about it might have made up somewhat for the grief Watson had to accept from the loyal Longhorn for being a Baylor alumnus.

The most touching recollections were from Gus Garcia Jr., who pointed out his extended family in the audience – some had traveled from as far as El Paso – and recalled his University Hills childhood, so far in distance and circumstance from his parents’ impoverished beginnings in the Rio Grande Valley. He reiterated his father’s love for education and history, encompassed in his approach to disciplining his children.

“He was never physical,” recalled Gus Jr. “It was much worse – he would give us a lecture on Mexican history.” Garcia also indoctrinated his children in his love of baseball, particularly the St. Louis Cardinals and the UT Longhorns. The vein running through all the family stories was the deep and broad love they shared for each other.

Finally, Gus Jr. spoke of his father’s recent passing in unadorned terms: “He died at home, in his bedroom, no hospital, no dementia. Marina cooked all his meals, and cared for him until the end. … We should all be so lucky.”

“We should all be so lucky,” echoed Watson. He said we had come today to “embrace Gus Garcia,” and we had done that, but in these shared reminiscences “he has embraced us all. We were very, very lucky.” In an unapologetically sentimental but unusually appropriate closing, grandson Aaron picked up his trombone and led the audience in a commemorative rendition of “The Eyes of Texas.” 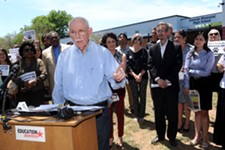 Trailblazer Garcia Passes On
Civic and education leader dies at 84 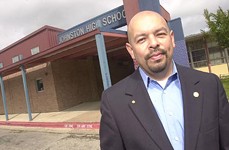