Turn Out the Lights, the Election's Over

With all votes counted, newcomers Natasha Harper-Madison and Paige Ellis and incumbent Sabino "Pio" Renteria have triumphed in the last remaining Austin City Council races, while Arati Singh and Stephanie Gharakhanian will be joining the Austin ISD and Austin Community College boards of trustees. 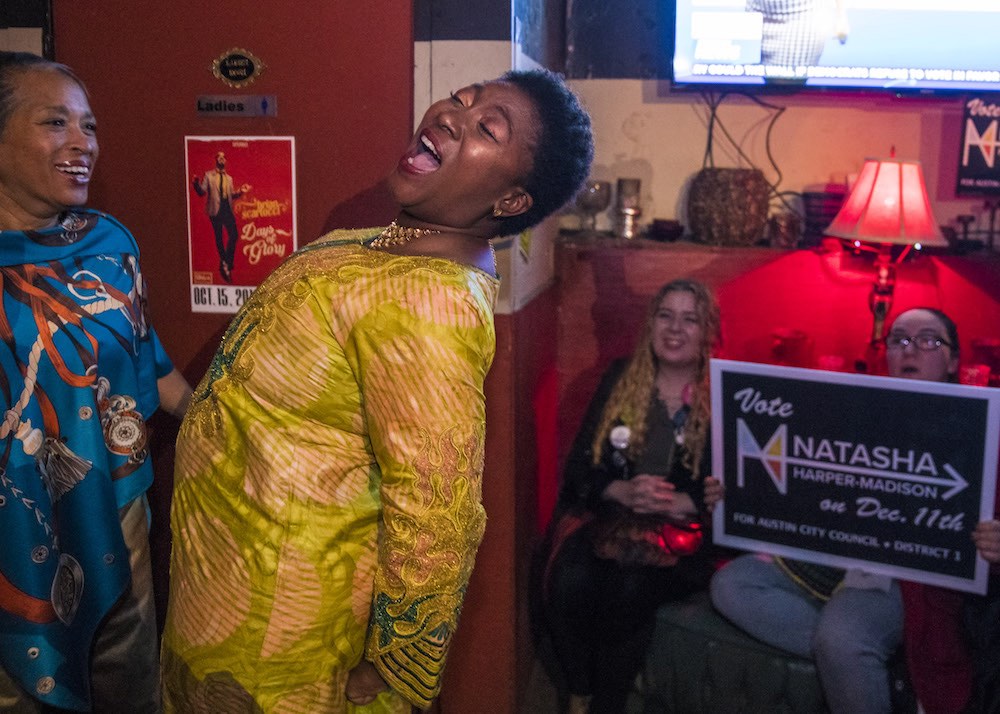 Harper-Madison, who narrowly trailed Mariana Salazar in the general election Nov. 6, notched a resounding 72% of the run-off vote to succeed District 1 Council Member Ora Houston. “I feel blessed, I feel privileged, I feel honored, I feel intensely responsible,” Harper-Madison told the Chronicle at her election night celebration at the Skylark Lounge. “I feel like I have a big job ahead of me, and I need to do it well.” She thanked Austin’s black community, which continued to rally around her – with late endorsements by former Travis County Dem Chair Vincent Harding, who placed third in the Nov. 6 round, and County Commissioner Jeff Travillion – through the final days of her campaign.

Elsewhere on the Eastside, Renteria took over 64% of the vote in his fourth consecutive matchup against his sister, Susana Almanza. "I feel really good," he said when reached by phone, stressing his interest in the city's affordable housing investments, especially on transit corridors – a focus, he noted, he shares with Harper-Madison. Almanza, meanwhile, told us that despite the result, "It's a great victory for us – so many people who have never been involved got involved, and so many young people are learning about" the issues facing D3.

In the D8 race to succeed Ellen Troxclair, where more votes were cast than in D1 and D3 combined, Ellis finished with 56% of the vote against Frank Ward, who sought to keep the seat in Republican hands. "I’m definitely committed to environmental responsibility as we manage our growth whether it be with housing or transportation," Ellis told the Chronicle. However, she acknowledged Ward's call for ideological diversity, saying she'll "be dedicated to building working majorities to get good things done in the district. ... To think there’s only dissent among members when there’s a conservative on Council means you probably haven’t ever seen a City Council meeting."

On the Austin ISD Board of Trustees, the vacant At Large Place 9 will be filled by Singh, who finished second to Carmen Tilton in November but triumphed this round with 60% in a surprisingly hard-fought and expensive contest. Tilton, saying she's "proud of the clean campaign I ran," offered her congratulations to Singh, who told the Chronicle "We’ve got to come together and focus on our kids and close some of the equity gaps in our schools, and I can’t wait to get started." She'll be hitting the ground running; even as the votes were being counted, the district released its potential cost-cutting measures to close a $30-million-plus budget gap, including closing as many as 12 schools.

Gharakhanian, who very nearly won the ACC Place 8 race outright on Nov. 6, commanded 63% of the vote in the multi-county district against Sarah Mills. Both candidates recognized each other's efforts, with Gharakhanian telling the Chronicle "we both tried to run positive campaigns, and I look forward to working with her in the future," and Mills saying "I am excited for Stephanie; I think she's going to do great."

A little farther afield from Austin, the long mid-term cycle also wrapped up in San Marcos, where Joca Marquez and Mark Rockeymoore will be joining the City Council, and in Houston, where state Rep. Carol Alvarado prevailed in the quick special election to replace outgoing Sen. Sylvia Garcia, who's on her way to Congress. 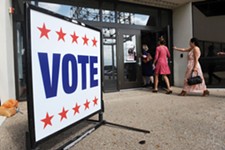