Austin-based pundit and progressive activist Jim Hightower is a fountain of agit-prop and activism, impulses combined in his regular columns and appearances for various media outlets across the country and his shorter “Hightower Lowdown” (formerly a weekly Chronicle staple). 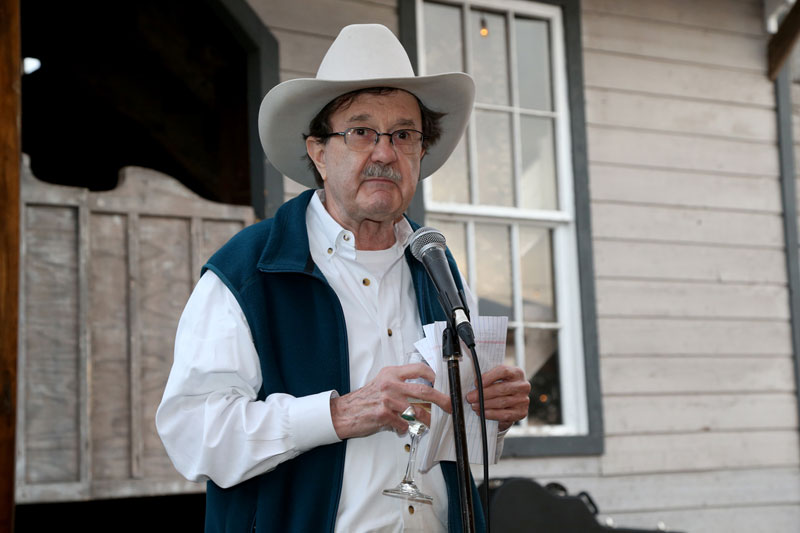 Among those efforts, he provides a weekly newspaper column for distribution firm Creators Syndicate (“I took that slot over when Molly Ivins passed on”), and says he has always been happy with the partnership.

Not so this week, when Creators editor Maxine Mulvey called Hightower staffer Melody Byrd and told her they wouldn’t be distributing the Nov. 27 column entitled, “Free the free press from Wall Street plunderers.” Byrd says Mulvey told her she liked the column, but that Creators could not risk retaliation from two named “plunderers”: Gatehouse Media and Digital First Media. Together the two mega-corps own some 1,500 newspapers (Gatehouse recently acquired the Austin-American Statesman), many of which use Creators’ material.

Here’s some of what Hightower wrote about the companies: “They know nothing about journalism and care less, for they’re ruthless Wall Street profiteers out to grab big bucks fast by slashing the journalistic and production staffs of each paper, voiding all employee benefits (from pensions to free coffee in the breakroom), shriveling the paper’s size and news content, selling the presses and other assets, tripling the price of their inferior product – then declaring bankruptcy, shutting down the paper, and auctioning off the bones before moving on to plunder another town’s paper.” (For background, Hightower cites the Dec. 27, 2017 American Prospect story, “Saving the Free Press from Private Equity.”)

Byrd said Mulvey suggested that Hightower’s own operation attempt to distribute this particular column on its own, and Byrd was in the midst of that project when she told me, “[Creators] was fantastic, and they’re victims as well.” (Maybe so – it must be stressful submitting material to major clients that happens to attack those major clients.) I called Mulvey at Creators for her comments, but instead caught Managing Editor Simone Slykhous, who was clearly uncomfortable at the inquiry. “We chose not to distribute the column, but we like to keep this information between our talent and our company,” she told me. Slykhous said she would get back to me with something more official, “when all of our ducks are in a row, and we’re all on the same page.”

Hightower told me he’d already talked to reporters at other publications, so the episode is not likely to remain confidential. “Here we go with the irony again,” he told me. “A column about media concentration leads to media censorship – or I guess corporate self-censorship.”

Slykhous eventually responded with a brief statement that suggests Creators is doing Hightower a favor. “I want to reiterate that our No. 1 priority at Creators is protecting our talent. We have more than 200 columnists and cartoonists, and our job is to make sure that our actions do not negatively impact them. We support Jim Hightower, love his work, and have enjoyed a great relationship with him over the years, so our decision to not run the column under the Creators Syndicate name is not personal. We would do the same thing for any of our writers and artists.”

In his spiked column, Hightower writes of the megafirms: “To these absentee owners and operators, our newspapers are just mines, entitling them to extract enormous financial wealth and social well-being from our communities.” He argues that without robust local newspapers – “a reliable resource that digs out and shares truths so people know enough about what’s going on to be self-governing” – democracy can’t function. Characteristically, he closes with an activist plug for dfmworkers.org – a unionizing effort at Digital First Media newspapers.