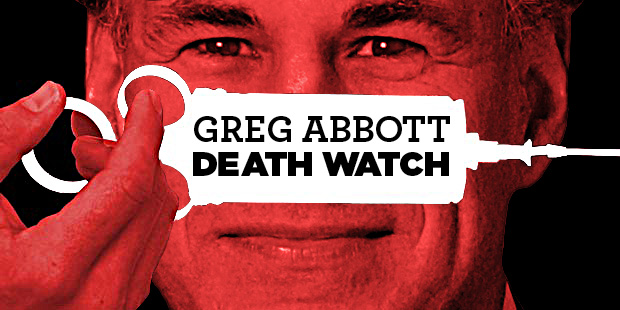 Robert Ramos, the Mexican national convicted for the 1992 murder of his wife and two young children, is set to be executed Wednesday night, Nov. 14, despite pleas to Hidalgo County prosecutors to not set an execution date, unless the U.S. Supreme Court grants a stay.

According to Ramos’ lawyer Danalynn Recer, as of Tuesday midnight, the Texas Court of Criminal Appeals denied Ramos’ request to reconsider its post-conviction opinion and his stay request; the 5th Circuit Court of Appeals denied Ramos’ motion to recall its former ruling and his stay request, and the Texas Board of Pardons and Paroles denied his petition for commutation to a lesser sentence along with his request for a 180-day reprieve.

Ramos has been fighting since 1993, arguing that he received inadequate trial counsel and, as a Mexican national, had a right to consult with Mexico's consulate for legal advice and representation under the Vienna Convention. Like Ruben Cárdenas, who was executed last November, Ramos wasn’t notified of that right. Still, the U.S. Supreme Court denied Ramos’ last appeal in May 2017.

His latest filings in the 5th Circuit asked the court to recall its 16-year-old mandate denying his certificate of appealability, because the court is “empowered” to do so in an effort to prevent “injustice.” It argues that Ramos received inadequate legal assistance from his appeals attorney Kyle Welch, who is quoted in the motion admitting he “did not have the experience, training, assistance, resources or time to do what [was] necessary” and was “not equipped” to handle Ramos’ case.

Welch, who is accused of representing Ramos with conflicting interests (he withdrew to take a position with the Office of the Federal Defender), failed to do any additional investigating into Ramos’ case and presented the courts with arguments already denied in direct appeal. The filing suggests that if Ramos’ appeals went through the system today — in light of the Trevino v. Thaler SCOTUS ruling that “procedural default” couldn’t bar a federal court from hearing a claim of ineffective trial counsel – he would’ve been granted substitute counsel and another chance at the appeals process. The 5th Circuit denied the motion, stating that inmates hoping to receive the “miscarriage of justice exception” must demonstrate clear and convincing evidence that “no reasonable juror would have found him eligible for the death penalty,” and that SCOTUS has “held that ‘additional mitigating evidence [can]not meet the miscarriage of justice standard.’”

Likewise, the CCA denied his appeal because he failed to meet that court’s requirements, though Judge Elsa Alcala filed a 10-page dissenting opinion. Recer, on Tuesday night, emphasized that Ramos is “now the only Texas death row inmate whose initial state post-conviction petition contained no extra-record claims and [who] has never been given another chance to raise them.” But, unless SCOTUS steps in, Ramos will be the eleventh inmate executed this year.

Elsewhere on death row, the CCA – for the second time – has sent Houston man Eric Cathey’s case back to a lower court to consider his latest appeal: that he is intellectually disabled and therefore unfit for execution. The latest order, issued on Nov. 7, stems from last year’s SCOTUS decision regarding Bobby Moore, when the high court ordered Texas to update its outdated and nonmedical standards regarding how the state evaluates intellectual functioning. Cathey, who was sentenced to death for a murder he maintains he did not commit, was one of seven inmates who made headlines in 1998 for a Thanksgiving prison escape.