“The city spoke with a single voice tonight,” declared re-elected Mayor Steve Adler in his victory speech at the Belmont on Sixth. “People want us to look forward, and to act in big ways.” 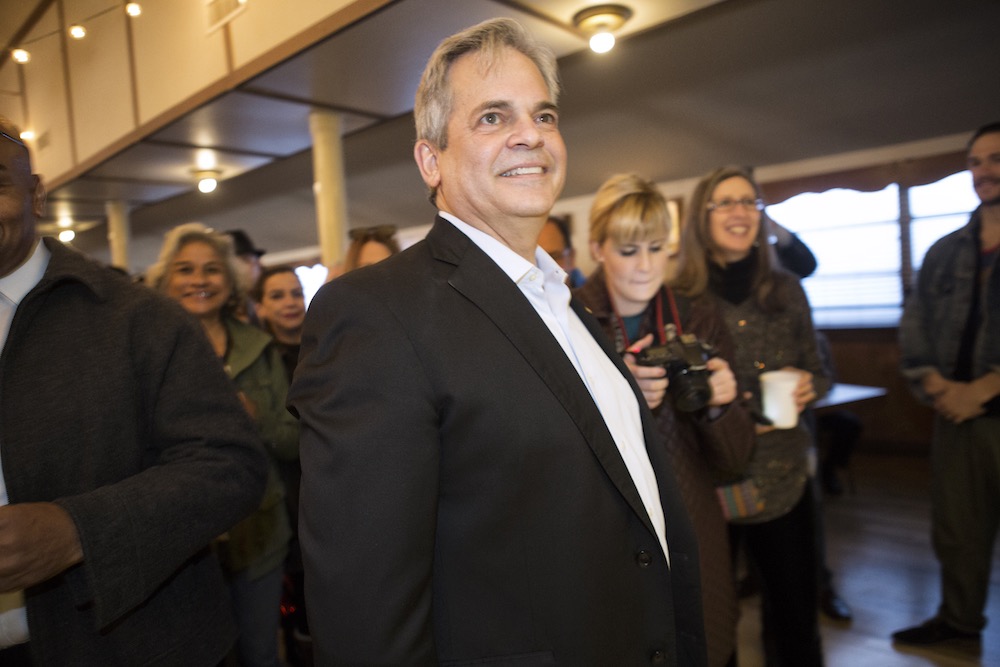 After thanking his wife, Diane Land, and his daughters – who joined him onstage – and his campaign staff (Laura Hernandez, Jim Wick, Eugene Sepulveda), Adler began to wax ambitiously about what he hopes to accomplish in his second four-year term.

“We need to act on affordability and equity, in order for everyone to share in the magic of this great city,” he said. “And the voters have said, ‘don’t get stuck in the process.’”

He called his ringing victory – 61% in the early vote, with his closest competitor, former City Council member Laura Morrison, garnering only 19% – a “mandate” for major projects. He mentioned the proposal to expand the Convention Center (“also to help address homelessness and support the arts”), “high capacity transit on dedicated pathways,” leveraging the $250 million affordable housing bond (Proposition A) for “$1 to 1.5 billion” in funding for housing. He also pointed to the city’s support for LGBT rights, and for action on climate change.

"We have been given a mandate,” he said, “and we need to deliver on that process. … Tonight is just a watershed night.”

Very early in the evening, about 7:45pm, Morrison had arrived at her Threadgill’s event, and told several dozen supporters, “I’m very sorry that we couldn’t pull this out.” She had already called Adler to concede the race, based on the early returns, and she thanked all her campaign staff and supporters for their hard work.

Morrison told the Chronicle that she had been hoping that with seven candidates in the race, Adler would be held under 50%, and the difference to be overcome in a December run-off would be 10% or less. She had been encouraged by the enthusiasm of voters who told her they were supporting her, “but of course, the ones who aren’t voting for you don’t come up to tell you that. … The gap was just too big. … It was a hard race to call, and we couldn’t spend thousands to do polling. My supporters were passionate, but there just wasn’t enough of them.”

Adler and Morrison each said that they had an earnest conversation about the challenges facing the city, and that Morrison was eager to help the mayor going forward to address them. At the Belmont, Adler welcomed Morrison’s offer of help and thanked her for service to the city “in and outside city government.”

A little later, he told the Chronicle that the vote – including the strong support for all the bonds – was a call to the city to “move forward and do big things, and the support will be there.” He said the voices “defending the status quo … and wanting to do nothing … those voices lost. … The city is ready to move forward.”