Voting With Our Wallets 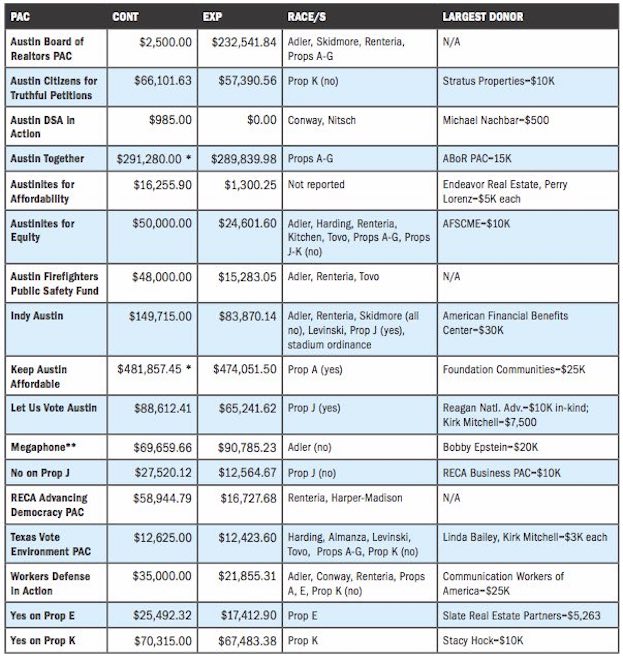 Current as of October 30. * Includes pledges. ** Includes money raised and spent outside Austin

With the “8-day” finance reports (the last before E-Day) now in from candidates and political action committees, we’re seeing the big outflow of spending that follows the fundraising frenzy early in campaign season (and you’re seeing the results in your mailboxes and on your screens).

On the candidate side, the city and school board campaigns have remained relatively stable: Steve Adler has raised and spent close to four times as much as Laura Morrison; Vincent Harding and Natasha Harper-Madison have the most cash on hand in D1; incumbent Sabino "Pio" Renteria has an overwhelming cash advantage in D3; Frank Ward and Rich DePalma lead the pack in the D8 contest; and Danielle Skidmore raised more but spent less than incumbent Kathie Tovo in D9. All these races could go to run-off, at which point the survivors can go back and get more $350 checks from their donors.

In the Austin ISD races, Place 1’s Ted Gordon and LaTisha Anderson haven’t raised $5,000 combined, compared to the $35,000 combined total for Kristin Ashy and Zachary Price in Place 4. (Ashy’s raised more, but Price, who’s spent almost nothing, has the cash-on-hand advantage.) In the at-large Place 9 race, Arati Singh has outraised her two opponents, Sam Russo and Carmen Tilton, combined, but has spent far more than she’s raised, loaning herself $23,000 to bridge the gap. (Remember, this is an unpaid position.) Austin Community College has yet to release the 8-day reports for its candidates; as of the previous filing, Stephanie Gharakhanian had a sizeable fundraising advantage over candidates in all three at-large races.

The real fun goes on with the PACs, as shown in the above chart; at this late point in the cycle, you’re seeing big money going to support both candidates and issue campaigns. Thus the arrival of the Real Estate Council of Austin (which has multiple PACs), Austin Board of Realtors, Austin Firefighters Public Safety Fund, and others with large ongoing bank balances to toss into “independent expenditures in support of a candidate,” such as RECA’s two mailers so far for Harper-Madison. They, along with other people and corporations with money, have goosed the city bond campaigns, with the Prop A affordable-housing push easily set to top $500,000 raised and spent by Election Day. (And Prop E, for a health center in Dove Springs, now has its own PAC.) The Prop J and K campaigns, both for and against, haven’t amassed that kind of money, but all are at least competitive.

And then there’s this Megaphone business. This actually starts as IndyAustin business; the intrepid petition-meisters had a bad week, with their Pepe the Frog gaffe alienating major donor Bobby Epstein and Circuit of the Americas. Epstein said his only interest was in funding IndyAustin’s push to put the soccer stadium deal (which would compete with COTA in several ways) to public vote, not in the PAC’s efforts this election. Then he turned around and funneled $20,000 through Megaphone, a pre-existing PAC working on a groundwater district election in Conroe (it’s a big deal there), to fund anti-Adler mailers here. Hmm. 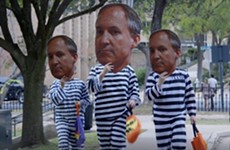 Election Ticker: Last Chance for Controversy
E-Day is tomorrow! Here's the latest news before it's too late. 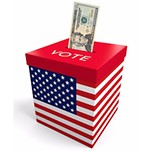