The Story Behind the "I'm So Gonna Vote" Stickers 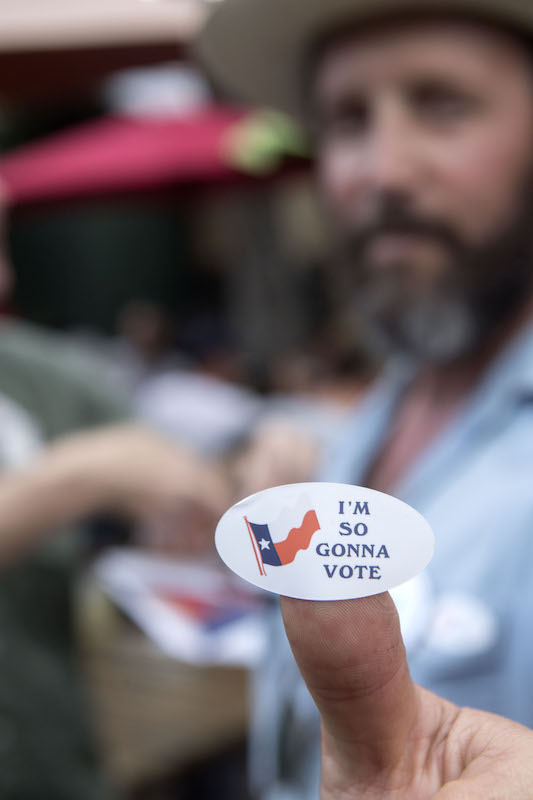 Two years ago, the Texas Playboys went through a series of PowerPoint slides to determine their next opponent on the sandlot. The final decision: Los Diablitos de El Paso. This singular, casual choice took Jack Sanders and his team headlong into a statewide voter turnout movement.

In sandlot baseball, games are scheduled on a one-off basis between members of the teams themselves. The low-key tradition fosters both friendly competition and camaraderie between teams. It’s also how Sanders, an Austin-based artist and designer, got to know U.S. Senate candidate Beto O’Rourke, formerly of Los Diablitos.

“In April 2017, we invited Beto and the Los Diablitos to Austin to play us,” Sanders said. “At the game, there was probably 100 people, but Beto stood up on an apple box, took his hat off and told 60 or so of us what he was going to do for Texas.”

For Sanders, O’Rourke’s approach ran parallel to the philosophy of barnstorming: communicating one-on-one and getting to know your neighbors in their own space. As the Playboys became more involved with O’Rourke’s campaign – printing his first T-shirts, hosting a fundraiser – they began to wonder what else they could contribute.

“The general consensus amongst the Playboys was that as much as we love Beto, what we’re just appalled by is being a non-voter state,” Sanders said. “Texas is, depending on who you talk to, ranked 47th or 48th or 49th in voter turnout, and that’s in presidential elections. In midterm elections we’re dead last. Texas pride and Texas exceptionalism are real things, and there’s no place for dead-ass last.” 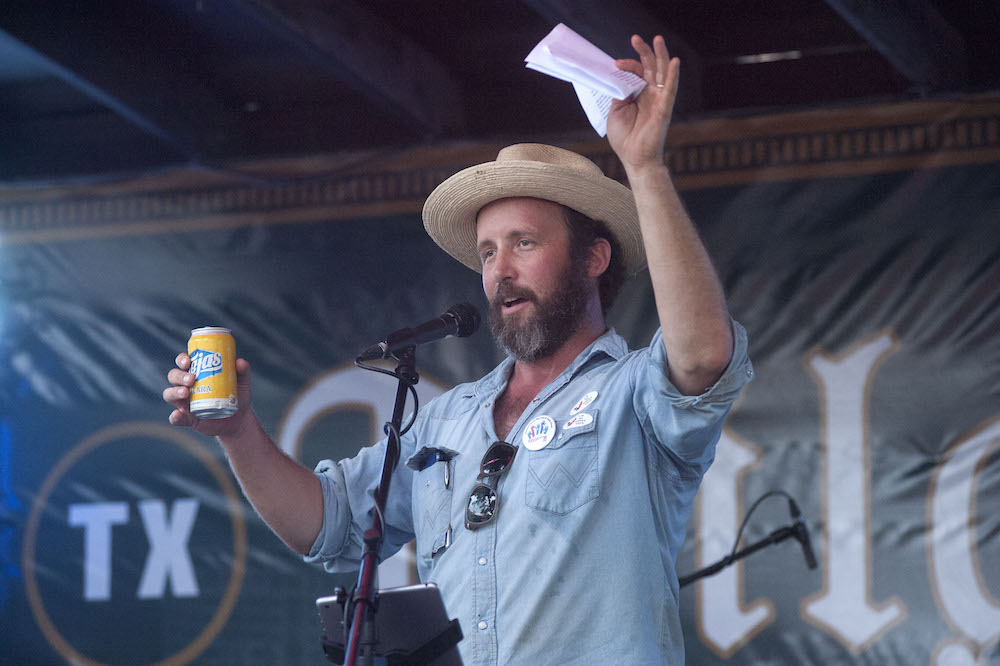 Jack Sanders speaks about getting out the vote at the Texas Playboys Pep Rally at Scholz Garten on Sept. 7, 2018. (photo by John Anderson)

Their solution? Turn Out for Texas, a voter turnout campaign. At least 15 members of the team and their associated boosters have become volunteer deputy registrars, but they’ve also gone for a visual approach with their own take on the classic “I Voted” stickers.

“We brought up the idea that wearing a sticker that says ‘I voted’ or ‘Yo voté’ was sort of a day late, dollar short,” Sanders said. “To brag about voting the day after you vote really isn’t doing anything. Somebody said, ‘Why don’t we wear a sticker every day, starting now?’”

From there, the Playboys, a motley crew of “creatives” themselves, came up with the signature sticker, emblazoned with a Texas flag and the words “I’m so gonna vote.” They’ve now distributed over 35,000 of them across the state, from everyday voters to big names like St. Vincent.

The goal is not just to awaken civic responsibility, but to build excitement to fulfill it. As Sanders believes, enthusiasm is contagious, and without enthusiasm, voting numbers drop.

“When turnout is embarrassingly low, a lot of people’s voice isn’t being heard and represented,” Sanders said.

You can catch the Playboys registering voters and passing out stickers the first weekend of Austin City Limits, and keep an eye on #turnoutfortexas and #imsogonnavote for their upcoming PSAs. 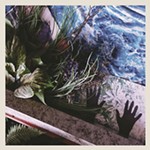 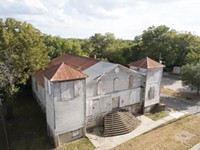